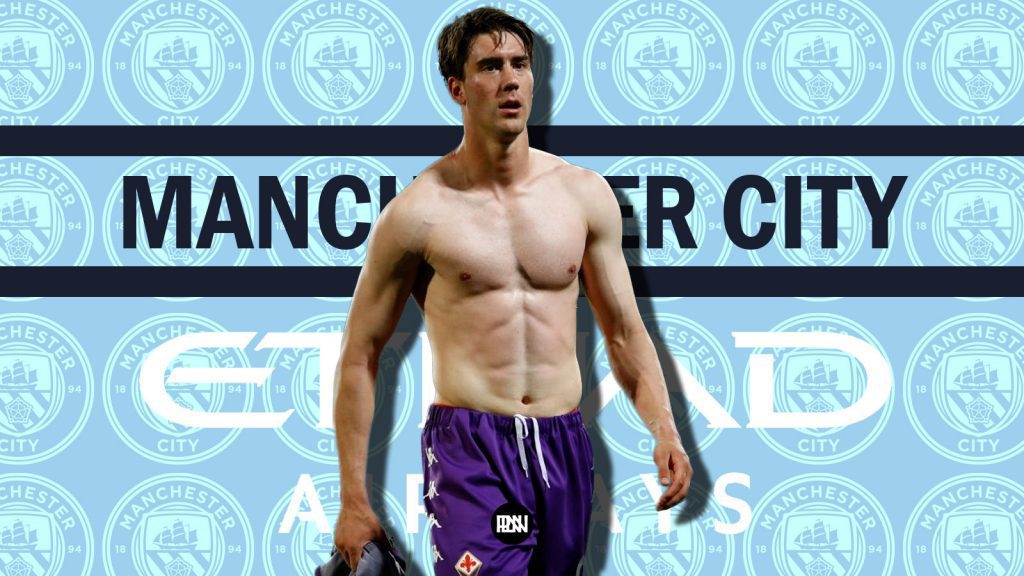 For the past month or so, the reports from Italy have emphasized Arsenal’s willingness to bring Fiorentina’s superstar Dušan Vlahović  – however, the Serbian’s camp have reprobated any potential talks with the North London side. Alongside Mikel Arteta, other clubs in Max Allegri’s Juventus and Pep Guardiola’s Manchester City are in the chase for the highly-rated twenty-one-year-old ace.

Dušan has shone for the Violets this season, with fifteen goals and a couple of assists to his tally in seventeen games.

With a few top clubs running for his signature, former AS Roma ace Antonio Cassano has urged Vlahović to snub all the others in favour of boarding that flight to the Blues from Manchester. Cassano furthers his claims saying that Pep Guardiola could help him nurture his overall game and become one of the best strikers in Europe. Manchester City do need a striker with their Harry Kane bid back in the summer failing them to bring a Sergio Aguero replacement and according to Antonio Cassano – he can just be the right fit for the Cityzens.

“Vlahovic, choose Guardiola and go to Manchester City. I don’t know if you’ll be up to it, but with a year you could reach Haaland’s level. If, on the other hand, you find a coach who does not know how to communicate with you, growth stops,” Cassano speaking to Bobo TV, as relayed by Calciomercato.it.

Dušan Vlahović’s contract at Artemio Franchi Stadium expires in 2023, and Fiorentina’s men-at-helm Rocco Commisso has already confirmed the unwillingness of the Serbian’s entourage to extend his stay.

Arsenal have been among the first clubs to come forward to sign Dušan Vlahović. Although, the North Londoners and other potential suitors must ‘beware of the English giant, Manchester City in particular’, to the race to sign Vlahović.