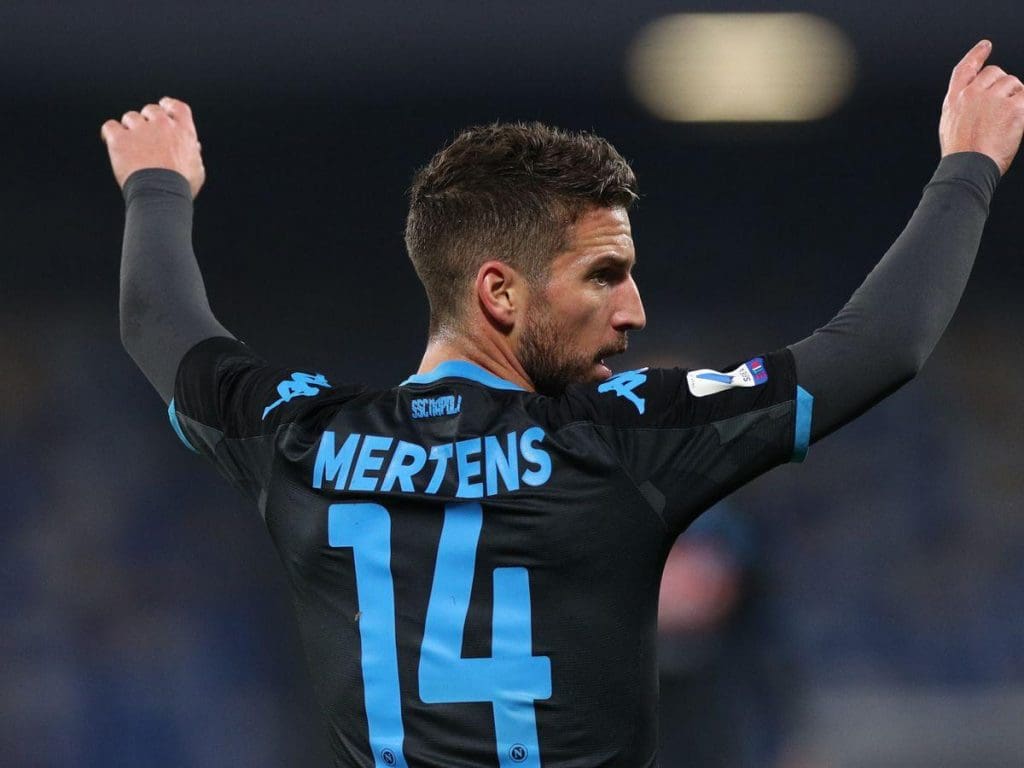 In a bid to add quality depth to the team, it is reported that Chelsea’s boss Frank Lampard has identified Napoli’s forward Dries Mertens as a great addition to his young squad.

It is understood that the 32-year-old Belgian forward will be leaving Napoli as a free agent by the end of the season. His immense contributions for the Italian club has made him one of their deadly, reliable and record breaking goal scorer of all time.

Mertens is known to be a versatile and hard-working forward, who is a fast, creative, diminutive, and agile player, with a low centre of gravity, who possesses good technique and dribbling skills, which enables him to get past opponents when in possession of the ball.

Possessing good vision, passing, shooting ability, movement off the ball, and an eye for goal, he is known for his ability both to score and create goals, and is capable of getting onto the end of passes or creating space for himself or his teammates by making attacking runs into the box.

His favored role is as a winger on the left flank, a position which allows him to cut into the centre and strike on goal from outside the area with his stronger right foot, although he is also capable of playing on the right, and has even been used as an attacking midfielder.

Under Napoli’s former coach Maurizio Sarri, Mertens was frequently deployed either as a main striker, or in a false nine role, seemingly positioned as a lone centre-forward, rather than as a left winger, where he had previously faced competition from Lorenzo Insigne for a starting position; Sarri’s tactical change was met with great results, and Mertens’s goalscoring output increased dramatically as a result of this switch.

On 28 April 2019, Mertens scored in a 2–0 away win over Frosinone, which allowed him to equal Diego Maradona’s tally of 81 goals in Serie A for Napoli.

The following season in October 2019, he surpassed Maradona’s tally of 115 goals for the club across all competitions when he netted twice in a 3–2 Champions League win over Red Bull Salzburg, becoming the club’s second-highest scorer of all time, behind Hamšík.

On 25 February 2020, Mertens scored the opening goal in an eventual 1–1 home draw against Barcelona in the first leg of the round of 16 of the UEFA Champions League; with this goal, he tied Hamšík as Napoli’s all-time highest goalscorer, with 121 goals, in 309 total appearances for ‘the Parthenopeans’.

With ‘Mail’ reporting that Chelsea manager Frank Lampard has spoken to the player and hopes to secure the Belgian forward as a free transfer; the adventure of experiencing a new league with the popularity of the English league might convince the 32-yrs-old forward to consider signing for the Blues this summer.

Ravel Morrison: The potential that was never fulfilled
AND IT CONTINUES: Newcastle United race for highly coveted midfielder Philippe Coutinho
To Top