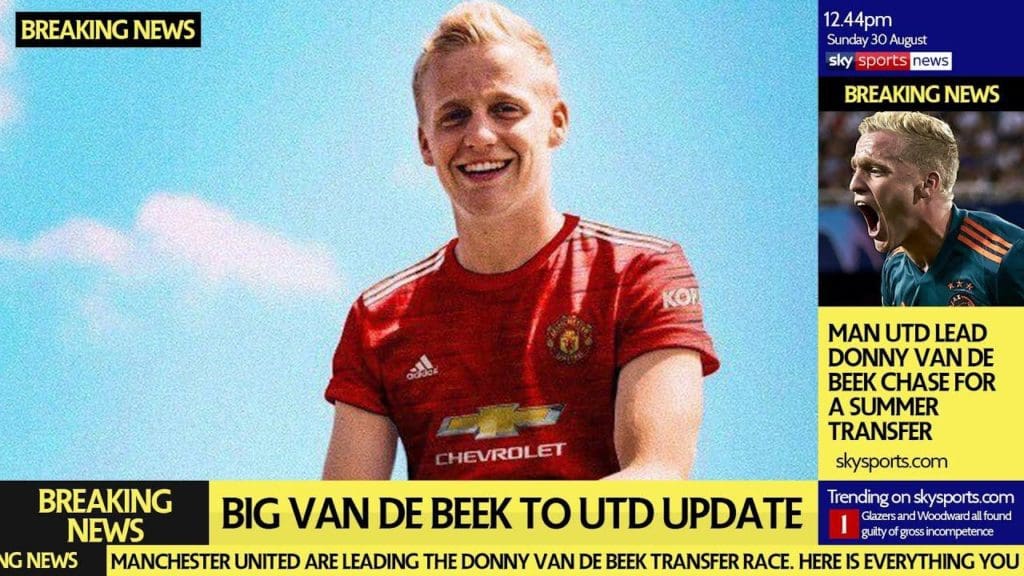 Reports claim the Red Devils have reached an agreement over the fee for the midfielder after talks was believed to have intensified over the weekend.

It is understood the deal is worth around £40 million and the Netherlands international is close to becoming Ole Gunnar Solskjaer’s first signing of the summer transfer window once personal terms and a medical are completed.

Van de Beek to Man United, here we go! Man Utd tonight as expected have sent their official bid and Ajax just accepted without any negotiation. Agreement reached for €40m + add ons. Paperworks and medicals on next week. 🔴 #MUFC

The midfielder is said have been in the sights of the Premier League side for some time now as they look to add a bit of depth to their squad ahead of next season.

Tottenham were reported to have made a last ditch attempt to persuade the 23-year-old to move to London but the Manchester club look to have taken an advance step to seal his signature.

Erik ten Hag fuelled speculations the versatile midfielder was on his way out of the club after he was quizzed on the latest update of the player ahead of their friendly against Eintracht Frankfurt on Saturday.

“There have been some developments that made us decide us to keep him out of today’s squad,” Ten Hag told Ziggo Sport. “We will see what happens. We’ll make an announcement as soon as there’s some clarity.”

The 23-year-old played 23 times for Ajax during the truncated 2019/20 Eredivise campaign. He scored eight times for the club while also adding a further five assists to his name.

Van de Beek also scored twice in the Champions League in five assists for Ten Hag’s team before they were knocked out in the group stage.

Man United have been hopeful of securing a deal for Borussia Dortmund winger Jadon Sancho, but a deal seem to have hit a snag.