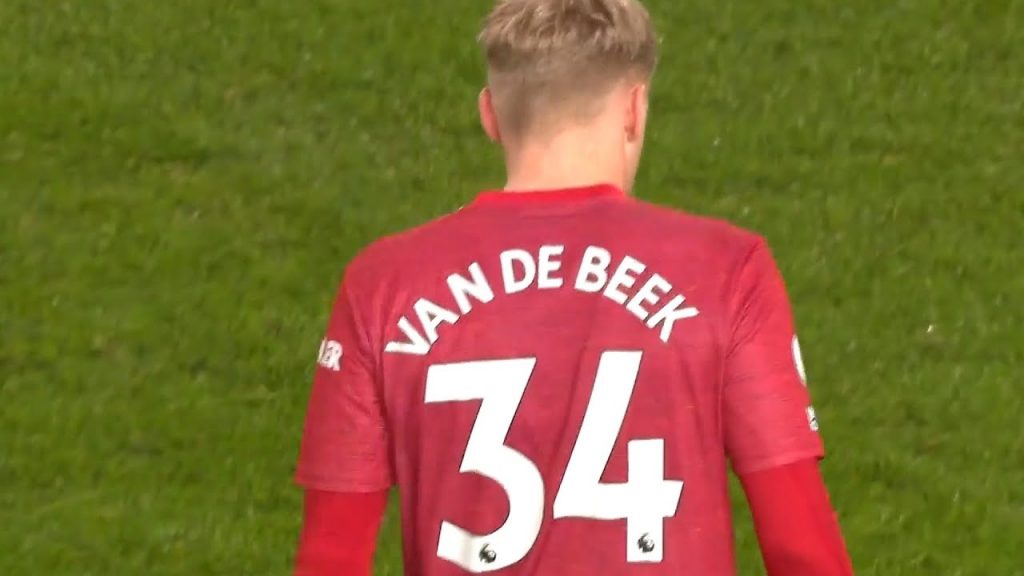 Manchester United can count this as a successful season but it will only be a success if they manage to win a trophy. To win a trophy, especially in recent times, a squad needs to be used to its complete extent. While Manchester United have used their squad to a great extent, their £35 million Dutch summer signing Donny van de Beek, has been used very meagerly and while he is only recovering from an injury now, there is a bigger issue at hand.

OUT OF FAVOUR WITH SOLSKJAER?

Donny van de Beek was the star in Ajax’s 2018/19 Champions League campaign while he was also incredible in their 19/20 group stages of the Champions League, and while Ajax missed out on the knockout-ties by only a point, Van De Beek was the main man in that team. Hence, when Manchester United went out and brought the Dutchman this summer, most fans and critics considered it to be a brilliant coup. However, it feels as if Van de Beek was not a part of Solskjaer’s transfer plans and he was a signing made by Ed Woodward and the Manchester United hierarchy, as they were unsure and uncertain about the future of Paul Pogba.

On paper, a midfield of Donny van de Beek, Paul Pogba and Bruno Fernandes looks like a dream for most United fans but, this midfield lacks a defensive cover which can only be provided by the likes of Fred, McTominay and the aging Nemanja Matic. Although, nobody would have expected that this would have led to Donny van de Beek only making 11 starts for the club out of 26 appearances and out of those 11 starts, only 2 being in the Premier League.

When selected, Van de Beek has not put a foot wrong, but to a certain extent, Paul Pogba and Bruno Fernandes are un-droppable when they are fit. Fatigue is, however, a part of the game, something Bruno Fernandes is currently experiencing and while he is United’s most important player, with Paul Pogba back from injury, Solskjaer can afford to bench Fernandes in some games and bring Van De Beek in.

WHAT DOES DONNY VAN DE BEEK PROVIDE UNITED WITH?

Donny van de Beek normally operates in behind a front 3 or as an attacking midfielder behind a front two, a role Bruno Fernandes has cemented in this United lineup. But Manchester United does not necessarily need Van de Beek to provide the same numbers or qualities. The Dutchman is an excellent central midfielder who can act as a bridge between the wingers and the backline and not only support the strikers but also provide key interceptions in the center of the park.

The 23-year-old was a creativity monster when he played alongside Frenkie De Jong and Lasse Schöne in the Ajax midfield with Dušan Tadić describing Van de Beek as ‘somebody who does not give up and keeps creating chances for his team-mates with the ball while he is also the first person to press when they lose the ball‘. A player of similar ilk is Mason Mount, who is Chelsea’s player of the season this year, as he has led the team from the front with and without the ball. Donny van de Beek could become a similar player for the Red Devils and bring about a huge impact amongst the starting XI.

While the 4-3-3 and the 4-2-3-1 have been widely used by the United boss, a 4-3-1-2 might also work out for Manchester United as they could field both McTominay and Fred for defensive cover while Paul Pogba could complete the trio in midfield. In the attack, Donny van de Beek could play behind the likes of Bruno Fernandes and Marcus Rashford and while this would be moving Fernandes from his favoured position, the Portuguese more often than not plays as the second striker and this could also facilitate Solskjaer to play Pogba, Van de Beek and Fernandes together.

There are a lot of options to choose from but Solskjaer does not want to meddle with something that is not broken. However, if this continues, Van de Beek might start weighing his options come next summer, and while there have been no candidates for him, a lot could change in 3 months and Manchester United need to start using their squad to its maximum potential and the first step could be putting the Dutchman on the pitch in the coming weeks.