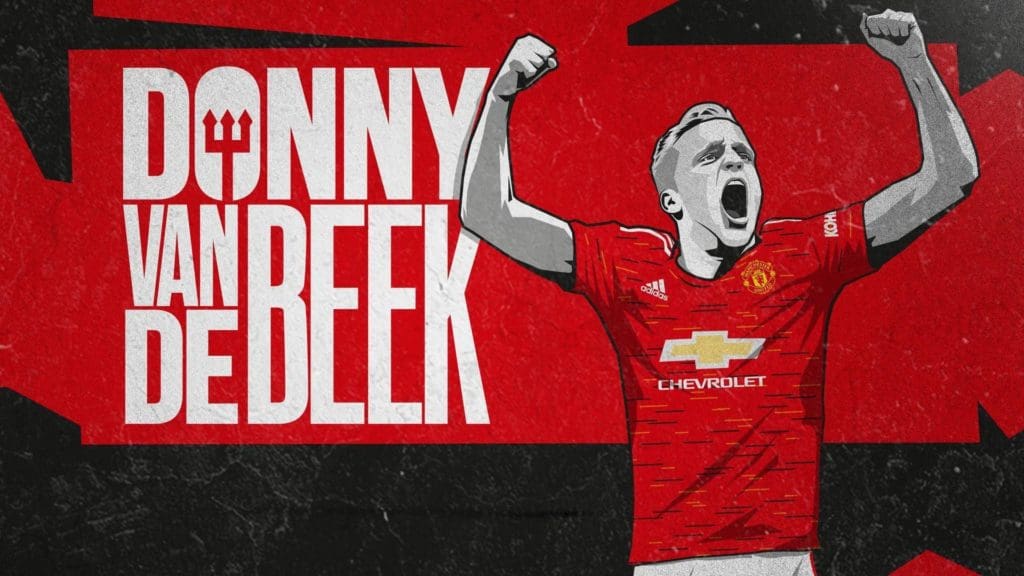 Donny van de Beek has joined Manchester United after spending 5 years at AFC Ajax for a reported £35m plus £5m in add-ons signing a five-year contract with the club.

The Dutchman perfectly fits in Manchester United’s new policy of signing players who are young, talented and have the potential to improve in the near future. Van de Beek is an intelligent and technical player who is versatile enough to play in the No. 6, 8 and 10 positions.

He is an excellent passer of the ball; evident from his 82.2% passing accuracy at AFC Ajax last year and finds empty pockets of space to put through balls in. His attacking output has been consistently good for the last three seasons where he contributed to 28 goals and 21 assists.

DVB frequently joins the attack by making runs in dangerous areas which creates space for his teammates, as the defenders try to stop him. His ability to hold the ball in pressure situations helps him to hold off opposition defenders and allows him to put crosses for his forwards. van de Beek’s excellent passing skills allow him to switch the play to the opposite side of the pitch where the unmarked wingers are ready to drift inside either to create chances or they take a shot at the goal.

Along with his amazing attacking output, Donny is a decent defender as well completing two defensive actions per match and works hard to recover the ball quickly for his team.

The signing of Donny van de Beek means that Manchester United are yet to find an ideal backup for Nemanja Matic (you could argue Fred to a certain point) but why does his signing make a lot of sense.

Much like he played for AFC Ajax van de Beek:

In the Red Devils’ starting XI if Pogba and Fernandes manage to stay fit, they will ultimately be the first choice option to start alongside Matic – leaving the new signing on the bench.

He may not be an automatic starter but still an excellent pickup for a relatively cheap transfer fee. A dynamic and creative playmaker will be ready to lead Manchester United’s midfield with any relative fuss. By signing Van de Beek, United are showing more signs that they are ready to invest in the future and that they are willing to mount a challenge for the Premier League title, a quality which has been lacking in Ed Woodward’s tenure as the commanding officer of the 20-time English champions.

Declan Rice to Chelsea – $60m; Is he really worth that much?
Edouard Mendy vs Kepa Arrizabalaga: Comparisons!
To Top