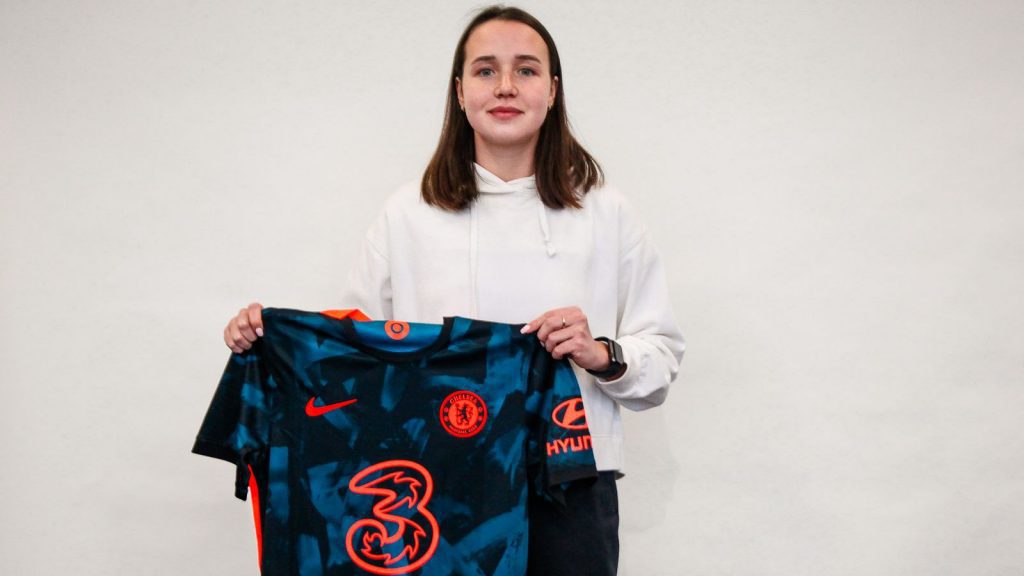 Chelsea Women have made their move, signing Russian defender Alsu Abdullina in a two-and-a-half-year deal from Lokomotiv Moscow. The 20-year-old will primarily play at left-back, competing with the likes of Aniek Nouwen, Mille Bright and Magdalena Eriksson; adding to Chelsea’s depth and competitive nature.

We’re delighted to announce the signing of Alsu Abdullina!

The @TeamRussia left back will join the Blues for the second half of the 2021/22 season. 🙌 #AlsuChelsea2024

Chelsea have been making some more discreet signings, with the likes of Zećira Mušović, Niamh Charles, and Aniek Nouwen joining the club in recent years. It’s good to see the Blues preparing for the future, by getting these younger players who can play at a high level for years.

When Abdullina signed for the Blues, she said, “I am so happy to join Chelsea. This is a big change in my life, a new challenge. I am very proud to be part of this team, which has so many great players and want to continue to develop as a player and progress in London. I want to help the team to win as many trophies as possible.”

Alsu Abdullina will be the first Russian to play in the Women’s Super League, and brings the number of non-UK nations who have had players represent them in the WSL to 37. So, no matter what happens with Abdullina at Chelsea, she has already made history for Russia.

Just quickly, I want to clarify something which I wrote in the article about Reading’s new signing Sanne Troelsgaard Nielsen. Despite the window not actually being open, clubs can announce signings, whenever they want to, as they won’t play until the window has been opened due to the winter break.

Anyway, it’s actually slightly interesting that Emma Hayes has decided to increase her squad, as they have now been knocked out of the Champions League and they already have a deep squad, so this signing could show that an exit or two isn’t past the realms of possibility at Kingsmeadow.

When asked about the new saying, Hayes said, “Alsu is a versatile player who can play any position on the left, adding more depth to the squad. We look forward to seeing how she develops in our environment over the next couple of years.” So, high praise from the boss, let’s see what this actually means for Chelsea’s future, and Abdullina’s future. Considering she’s joined one of the best clubs in the world at such a young age, it’ll be interesting to see if she gets many minutes. But, the second transfer of the window has been announced, Alsu Abdullina from Lokomotiv Moscow to Chelsea.