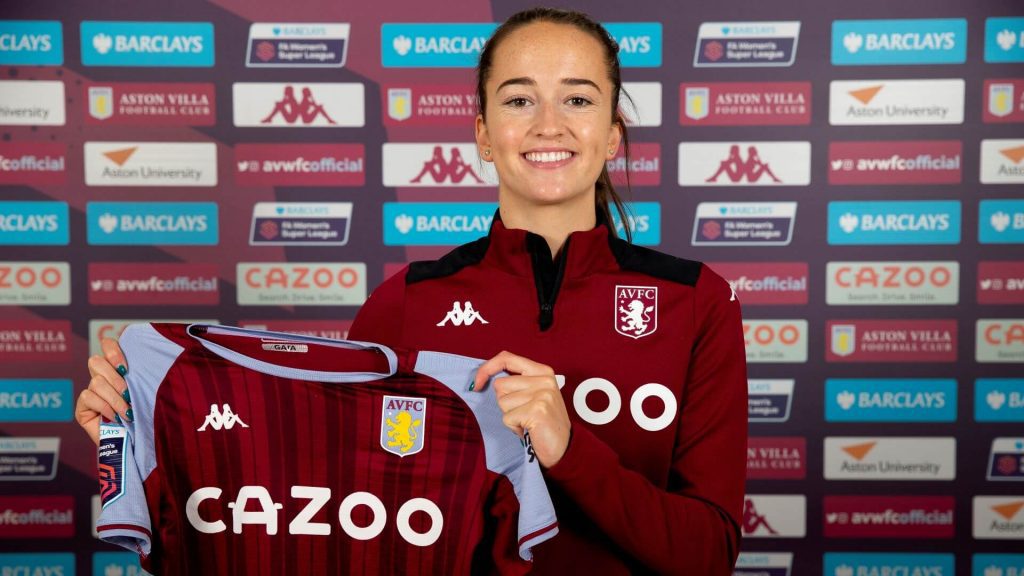 Arsenal Women’s Team defender Anna Patten has left Meadow Park, as she joins the Aston Villa squad for the remainder of the 2021/22 season, after receiving a lack of opportunities with the Gunners so far this season.

The 22-year-old has been building her style since her first spell at Arsenal, as she left the Gunners in 2017 to train in the United States, where she stayed for four years before deciding to re-join Arsenal in 2021. During her time in America, she represented the Florida State Seminoles and the South Carolina Gamecocks in the process. And now, she’ll be stepping outside of her comfort zone yet again when she joins Aston Villa.

Her new manager, Carla Ward, has said, “Anna is a key signing for us and will bring both quality and experience to the team. She is a young English player with huge potential and we believe this is a great chance for her to continue her development.”

In her first interview with Aston Villa, Patten said, “It’s great to be here. I’m very happy and very excited to start off this new year here. For me, it was really important to come somewhere where I feel like the team plays football and has a plan in place for the next half of the season. Villa were interested in me and I jumped on the opportunity.”

“I just really want to develop as a player, get a lot of game time in and bring strong confident performances and try and put myself back out there in the WSL.” When asked about what she hopes the rest of the season holds for Aston Villa she said, “Lots of wins, lots of clean sheets! I look forward to hopefully helping the team [with] that and I just think it’s really nice to start a new year with a new team and start here at Villa and hopefully it will be a really positive 6 months.”

She has only played 31 times for Arsenal to date, and the Gunners will be happy with this deal in the long term, as she’ll be getting valuable game time in a WSL side, which could allow her to nicely slot into the Arsenal first-team next season without many complications. However, with Williamson out and now Patten gone, many Arsenal fans are curious as to what this deal means for their defensive rotation in the short term.

I did speculate that Anna could be available for a loan, but I suspected it would be for Reading, not Aston Villa. However, it realistically makes sense for the Villans to give her a chance, as they have a manager who has been willing to utilize the loan system to her teams’ advantage during her tenure in the WSL, as she did with the likes of Ruby Mace, Georgia Brougham, Emily Murphy and Jamie-Lee Napier at Birmingham City.

Arsenal vs Liverpool Carabao Cup semi-final tie to be postponed?
The next Belgian big thing: Who is Charles de Ketelaere?
To Top