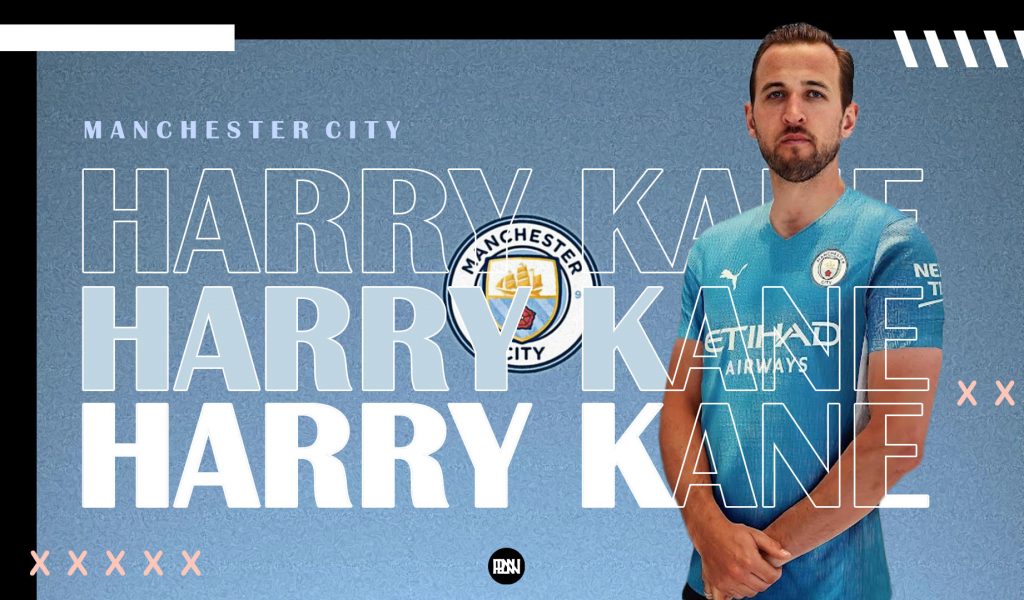 Quite possibly the only transfer saga that has lasted the entire summer, Harry Kane’s prolonged move to Manchester City is yet to materialize. Journalists will agree that the player wants to sign for Manchester City, while pundits will indicate that Pep Guardiola needs Harry Kane to win the Champions League. However, beneath all this, there is a sorrowful state of affairs and an egotistical powerplay at hand.

At the time of writing, the stances of all the concerned parties are clear:

As children, we are taught the values of compromise, yet it goes out of the window when one’s ego is at stake. However, there are a set of assumptions at play here, especially between Harry Kane and Daniel Levy.

The fact that Kane signed a six-year deal is a testament to the fact that he knows little about agreements between club owners and agents and the situational changes that go around it.

However, while a player may not be smart to understand the finances behind it, Manchester City, which are a very well-run club, does understand why Daniel Levy is making the demand he is. If Harry Kane is not worth £150million as a player, he is certainly worth that much to Tottenham Hotspur. He is possibly the best thing that has happened to the club over the years and somebody they have managed to build around. Why would Daniel Levy give all that up for the money he knows would not benefit the club more than playing Harry Kane up top?

Moreover, there is a direct relation here. Although Tottenham are not competing for the same trophies as Man City, they were able to beat them on the first day of the new season. Had the Englishman been on City’s side, Spurs would have certainly lost that game. Why would Levy strengthen a rival by giving them his best player?

These are some of the logical arguments that have been hurled towards Harry Kane’s camp. However, deep down, every football fan understands that if Man City wanted Harry Kane, he would have been at the club by now.

It is important to understand the distinction between ‘need’ and ‘want’. Manchester City certainly need somebody like Harry Kane, but they have certainly not approached the negotiation table with the same desire. City are smart enough to understand that if Jack Grealish was worth £100million, Harry Kane is certainly worth 1.5 times that, if not double, regardless of the age factor.

Then why have they not pressed Spurs with the same intensity they complete all deals?

Although £150million, and possibly more than that, is a lot of money, that is not the key reason that is holding Manchester City back from going all out for the Spurs superstar. It is the long-term goal that is being eyed here.

City have always signed proven talent, but not unless it benefits them for at least 5 years or more. Their track record proves it. They have rarely signed players aged 28 and above in the last decade, with Claudio Bravo being the exception to this deal.

The Jack Grealish transfer has multiple facets to it:

He is 25; He was the best player at his club; He is versatile; He is Premier League-proven material; He is loved by English fans and will benefit City’s status in the community for a long period.

But most importantly, Grealish will benefit the club for nearly 6-7 years comfortably. Thus, in an amortisation table, City are paying lesser than £20million per year for using his services. This is a huge factor when clubs buy players or when young players make big money moves.

The problem is that City cannot say the same about Harry Kane.

Kane is 28, he has recurring injuries, and will not benefit the club for more than 6 years, which would entail that the club would be paying nearly £25-30million for his services every year. This is not the way City signs players nor does it match the profile. The Champions League could be worth that much to them, but they know that there are other players in the market who can do a lot of things the Englishman does and would be available for a relatively cheaper fee.

For all his genius and his coaching abilities, Guardiola is a very selfish man, like any other person in the world. He is driven by success, and he loves to win games through his tactics. Underneath the ‘correct’ man in post-match interviews, lies an egotistical mindset to winning.

The Spaniard has stayed at City longer than he has at any other club, for one and only one reason– He wants to be at the epicenter of Manchester City’s first Champions League Trophy. His name will be etched forever in one of England’s fastest-growing clubs if he manages to deliver the success the club are hoping he has the genius to.

It took him nearly five whole years and half a billion pounds to get to the Champions League final. The result of that finally made it clear that his team needs a goal-scorer because they have the best players in the world in all the other departments in the form of Kevin de Bruyne, Phil Foden, Ruben Dias, and several others. However, City’s problems could also be solved with another goal-scorer, who does not necessarily need to be Harry Kane. It is Guardiola’s egotistical wish to have the forward play for the club, not City’s. For the first time in his managerial career, he is desperate and Spurs are toying with him.

The Spaniard has never discussed an open negotiation for a player in a press conference in his entire managerial career. However, 3 weeks ago, before he was set to play the Community Shield final against Leicester City, he mentioned that his club are interested in signing Harry Kane, and if Spurs are interested ‘we will try’. In the footballing community, this is as desperate as one can get.

Pep needs Kane at the club because he knows that he cannot guide the current squad to another Premier League triumph, let alone the Champions League trophy. This is where the difference is in between City’s ideas and Guardiola’s objectives.

The Spaniard’s contract is set to expire in 2024, and although City will not mind extending it, Guardiola will not be too keen on it.

Thus, Guardiola does not care if Kane lasts more than five years at the Etihad because he himself does not plan on staying that long. So, the only thing that matters to him is the elusive Champions League trophy, which he knows that he can certainly win with Harry Kane playing up top.

From City’s perspective, making somebody who is not going to last more than 6 years as the English League’s and City’s record signing is not a smart investment. It does not make any sense to them and this is why a deal has not been concluded yet. Manchester City are not sold on a dream Guardiola has already envisioned.

Even Harry Kane does not care about City’s objectives as he only wants to win the biggest trophies. Do not be surprised if Kane signs for City, win the Premier League and Champions League in his first season, and lets his form drop off a cliff. He will have achieved his career goal, and that is all that matters to him. His heart will always bleed for Spurs than any other club in the world. If money can buy love, it can certainly not buy emotions.

Thus, Kane & Guardiola, two people who only have one goal in front of them, are the only ones who are willing to push this agenda and the subsequent transfer. The Englishman missing out on training was not a ‘miscommunication’ or something ‘the press did not know about’. He is trying to push a move, and although he has returned to training, he has created a Kane-shaped hole in the hearts of many Spurs fans.

This saga, from the looks of it, is going to end in heartbreak for the aforementioned duo while the two clubs will maintain their stance. Nobody is bigger than the club, and this saga is an embodiment of it. Harry Kane has had to understand this in the harshest way possible, while the Spaniard’s bubble will burst on the 31st of August when he does not see the 28-year-old pulling up his car at the Etihad.

Guardiola’s heart is bleeding for every second that Harry Kane stays in London. Pep has heard the arguments hurled at him when people claim that he is not really the best in the business. ‘He cannot win the Champions League without Lionel Messi’; ‘He spends the most money in the world, of course, his teams are going to win titles’; ‘He cannot pull it off at a club that does not invest as much money’.

Pep has accepted these facts previously by mentioning that he would be nothing without his players. But, what his ego does not want to shout in the interview is that the players he has, are good enough because of him and he is the mastermind behind it all.

Manchester City are not going to pay above the asking price and Daniel Levy is not going to mellow down any soon. Kane and Guardiola will have to remain unhappy in their current marriages.

Something has to give.