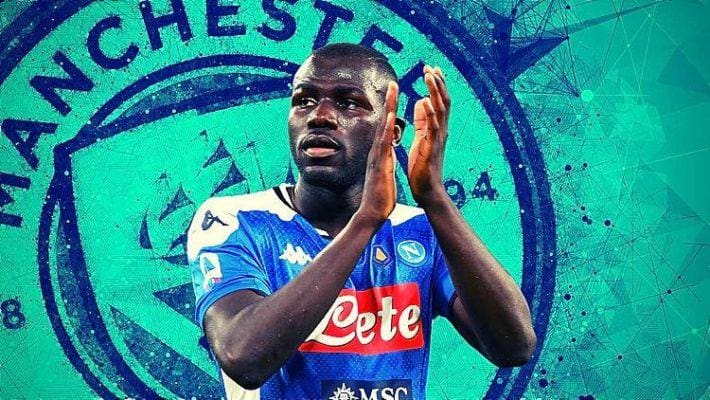 Manchester City are interested in signing Napoli defender Kalidou Koulibaly to bolster their defence for the 2020-21 season.

Manchester City are reportedly trying to find an agreement with Napoli for their star defender Koulibaly. According to Fabrizio Romano, Pep wants the Senegalese centre-back after signing Ake from Bournemouth.

Koulibaly situation. Pep wants another CB after signing Aké.
Talks are still on between Man City and Napoli to find an agreement – the two clubs had problems years ago because of Jorginho deal (agreed w/City, hijacked by Chelsea). Man City in contact with his agent too. 🔵 #MCFC

If Manchester City manages to sign Koulibaly this summer, there’s no doubt that they will have the best CB duo in the world in Laporte and Koulibaly. The Citizens already have John Stones, Nicolas Otamendi, Fernandinho, Aymeric Laporte, Nathan Ake at their disposal. Eric Garcia is expected to leave with Barcelona interested in signing him. So, despite so many defenders at their disposal, do Manchester City require Koulibaly?

Manchester City were poor defensively last season and conceded many goals. In the 2018-19 season, City had one of the best defence in the league. Vincent Kompany was phenomenal under Pep and partnered Aymeric Laporte to form one of the best centre-back duos in England. However, Kompany left after the end of last season and Laporte got injured for the whole season. City couldn’t replace Kompany and Pep had no choice but to play Nicolas Otamendi with Fernandinho. After Laporte’s arrival, Fernandinho played alongside him due to Otamendi and Stones’ dip in form.

Pep Guardiola wants his side to keep the ball, with City averaging 67% ball possession. However, despite the ball control, opponent sides have been able to skip past their defence to score a lot of goals. They don’t have Kompany, who acted as a commander from the back. In Guardiola’s system, defenders have a lot of responsibilities on their shoulders. In order to cope with the burden, City needs its defenders to be complete. This is where Koulibaly comes to the rescue.

Standing 6ft 2in tall, the Senegalese defender has a commanding presence at the back at Napoli. He is a fast and powerful defender with a mature 1v1 defending ability. He is difficult to beat in air and also has the ability to move forward at times. With such abilities, any team in the world would want Koulibaly in their team.

Another reason for signing Koulibaly is that he’s right-footed. City have a world-class left-footed defender at their disposal in Laporte. But they have Otamendi, Fernandinho and John Stones, who are right-footed. Pep doesn’t have them in his plans for next season and they would end up sitting on the bench or could be sold to generate some funds. They have signed Nathan Ake and again, he’s left-footed. It would be foolish to start a left-footed defender on the right side. With Eric Garcia departing, City needs a strong right-footed CB and Koulibaly fits the role.

But there are various problems with Koulibaly’s transfer. City will have six centre-backs for the next season and they need some sales to make some sales. Players like Otamendi and Stones should be sold as City would already have quality depth.

Another problem is that Koulibaly is 29 years old. He’s not that good which he used to be 2 years back. His aerial ability has declined in the past years. 57 Serie A defenders with at least 1,500 minutes last season were statistically checked, with Koulibaly ranking 30th in terms of aerial wins. In the 2018-19 season, 54 players were checked with the Senegalese placing 32nd.

However, Koulibaly could be a good short term solution to Manchester City’s struggling defence despite being expensive. If City manages to sign him, he could be the heart of City’s defence.