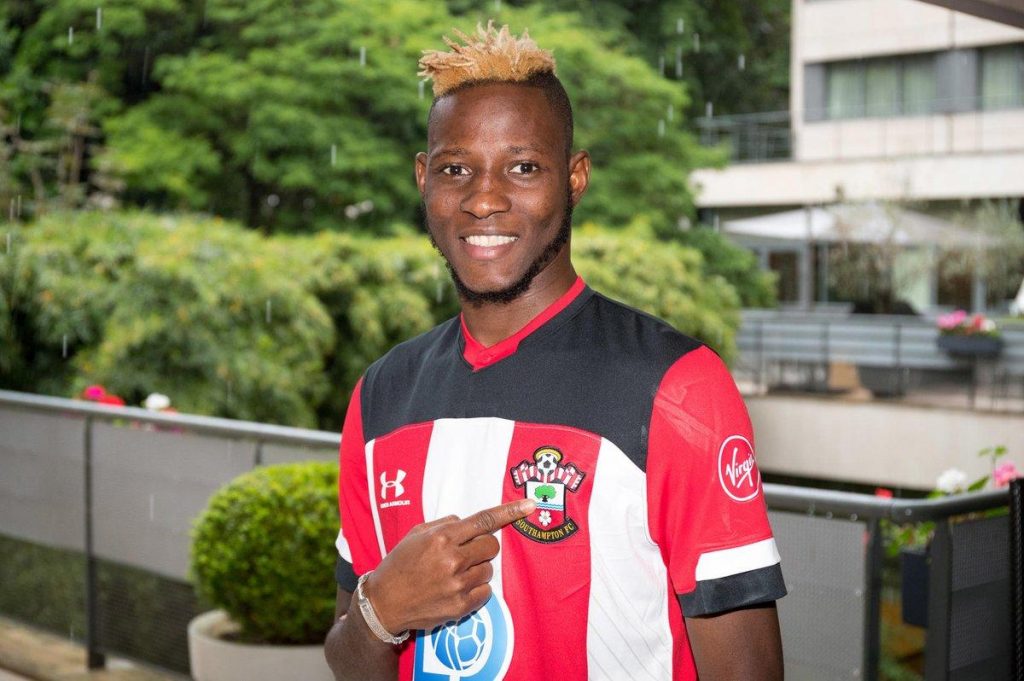 Southampton announced the signing of Mali international Moussa Djenepo as Manager Hasenhuttl’s made his first signing for the club.

Djenepo arrives to the city of Southampton from Belgian club Standard Liege after scoring eight league goals for the club last season. The 20-year-old has signed for a reported fee of £14million.

After the club announced the signing Djenepo told “It is something I am very proud of.

“It’s a dream come true. Southampton is a great club and I am very happy.

“It’s a good club that is progressing, it has great facilities, and it’s a place that can help me to really kick on and progress.

“I am looking forward to it and I want to get to know my new family. I can’t wait to be around my new team-mates and work hard alongside them.”

🗣 “He showed me he is ready to help me, and that motivates me.”@MoussaDjenepo2 on the prospect of working with Ralph Hasenhüttl at #SaintsFC: https://t.co/5Jz1uRx1Dy

Southampton Manager Hasenhuttl was full of praise for Mali international as well, speaking his beliefs over Djenepo thriving for The Saints next season.

Hasenhuttl said, “We are very happy to welcome Moussa as the first new player to join our team ahead of the upcoming season,”

“He is an exciting player, with tremendous pace and good finishing abilities, who we have watched closely for some time.

“We have been impressed with how he has adapted to football in Europe and the impact he has had in many games, and we had an interest in him as recently as January, so I am pleased we are able to bring him into the club.

“He combines his quality with a good mentality and he is the right profile of player that we want to sign still in the early part of his career, already with a lot of talent, but also with a great amount of potential that I believe we can help him to fulfill.

“I think he will be an excellent fit for our style of play and shape, and these are the important characteristics we must look for.

“It is about getting this right sort of quality, not quantity we must maximize the use of this window by spending our money in the right way and on the right type of player, and this is a very strong start.”

Southampton will look to endure a top ten finish after a disappointing 2018/19 campaign where they just managed to avoid relegation.

How Southampton have excelled since 9-0 home defeat to Leicester

Decoding WHY Donny van de Beek is used so sparingly

Leeds United vs Brighton: Graham Potter needs to worry about final ball, but...

Club hero or disappointment? How will Arsenal fans reflect on the career of...

Why Ainsley Maitland-Niles isn’t a left-back