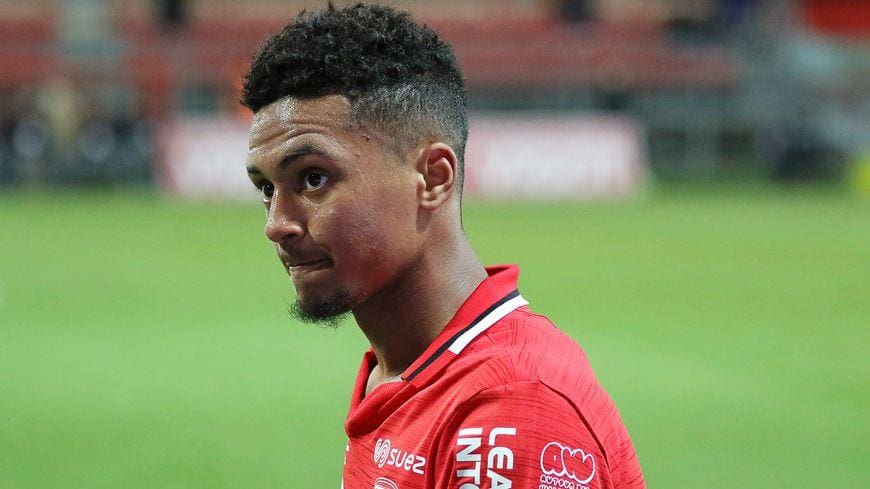 Ligue 1 side Dijon FCO have a gem of a player under their sleeves in Mounir Chouiar and the scouts around the world can’t have enough of him.

The player seems to have a lot of potential and experts believe that a move to a better club will transform him into a superstar in his own right.

Naturally an attacking left winger, the youngster can also play as a number 10 if required. This though seems unlikely as most top clubs want players with lightning pace and creativity down the flanks while positioning experienced goalscorers down the middle.

Now let’s have a look at some his outstanding traits.

Chouiar is a creative dribbler and has left a lot of admirers in awe of his outstanding talent. With an average 7.85 dribbles per game, the young prodigy is sending shock waves among the footballing circles.

Needless to say, he is one of the main reasons why his club avoided relegation at the end of the season.

Just like Sadio Mane and Mohammad Salah, the 21-year old French international has a knack of cutting inside from the wings and have a go for goals. It would also be interesting notice that this is a trait he also shares with the five-time Ballon d’or winner Cristiano Ronaldo.

In addition to that, big-ticket Premier League clubs are keeping an eye on him and a move for the youngster looks on the cards in the near future.

The one thing that can be said about Mounir Chouir is that the player develops after every game he plays.

He can run towards the end of the pitch, beat his marker and cross the balls into the box effortlessly. If not that, then he tries to cut inside and dribble his way into the box to provide an assist or even a goal if possible. Add to that the ability of keeping possession while assessing the game situation and he seems to be maturing very quickly for his age. His pinpoint passes and overall vision to deliver them only adds to his ever growing stature as a footballer.

Mounir has the ability to find spaces even when he is surrounded by a lot of players. He prides himself on beating his opposition players through his dribbling and agile movements across the pitch.

The player has also been working on his passes and crosses and so far has achieved great success in terms of finding his teammates around the centre of the pitch.

The one thing that works in his team’s favour is that most teams commit 2 to 3 players around him to stop him from making a move. This makes the other part of the pitch relatively open and his teammates take advantage of these situations very regularly.

For Mounir to realise his potential, he will have to move to a more successful club with star players and experienced coaches from around the world guiding him with the process. Comparisons have obviously been made with Ismaila Sarr, the Watford superstar who likes to be in line with the opposition defenders and then aims to outrun them when playing on through balls. Chouiar can execute this and his other young counterparts who apply the same tactic are Dortmund wonder-kid Erling Håland and the World Cup winning superstar Kylian Mbappe who have millions of people admiring them around the world. Mounir Chouiar definitely has the potential to reach those levels.