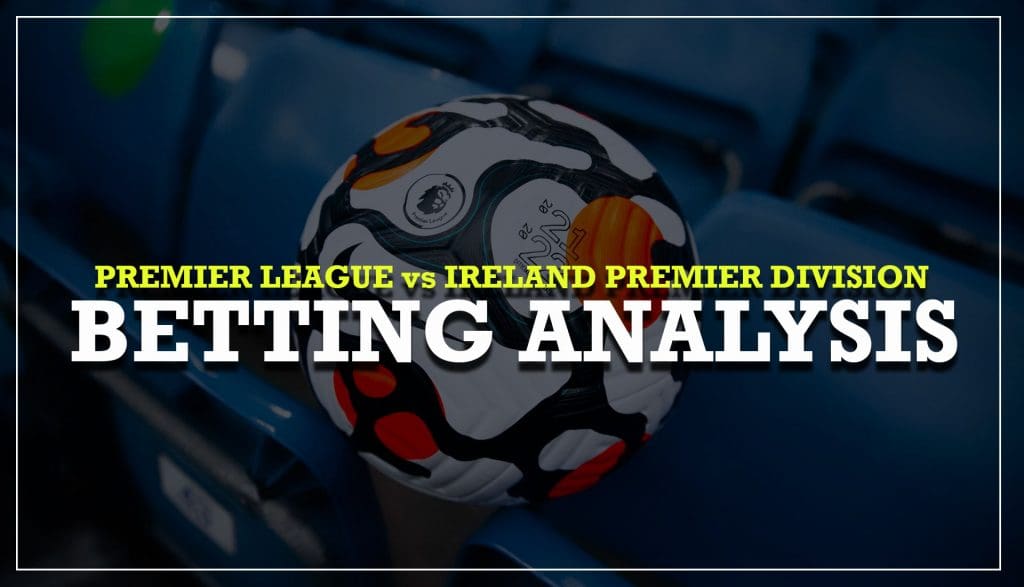 The Premier League is without a doubt the biggest football league in the world. While it might not always offer the best quality of football, everyone has different tastes after all, there can be no argument that it’s the biggest. It means that in terms of betting options it has the largest choice of markets available for players. We’ve taken a look at the differences and similarities between what’s available to EPL bettors and bettors on the games in the League of Ireland Premier.

The standard markets that are available to bettors are generally what you would expect. So, if you’re a fan of betting on football, it’s likely that there will be no surprises here for you. The obvious choices at first are outright bets on the result of the game. This will be either a home win, draw or away win. This is available for both leagues and is generally the betting market that you should expect to see for all different football leagues on the planet.

However, there are other markets that can be accessed in both leagues that offer a little bit more choice to bettors. First and last goalscorer are markets that can be bet on in both the EPL and the Irish league. On top of this, the over/under markets for goals scored can be bet on as well. There are some limitations in place for the over/under market in the Irish league. We’ll come to those in a short while.

Some of the more niche markets are also sometimes available if the League of Ireland game is televised. However, as this isn’t as regular an occurrence as the EPL, it’s not something that we’ll add to the similar markets section.

The first market that’s offered in the EPL and doesn’t tend to get offered in the IPL is the ability to bet on in-play markets. This is where the limitations on over/underscoring markets would come into play. If you want to bet on over 0.5 goals being scored during a game and want to wait until the odds have increased to place your bet, you’re less likely to have the option in an Irish league game.

So, if you want to use this market to get a good value on a team that scores late in a game, Wolves are a good example of this, then you would bet on over 0.5 goals to be scored quite a long way into the second half. However, if there was a team in the Irish league who offered a similar chance of it taking place, this betting option would likely not be available to you.

Another example of markets that aren’t offered is related to red and yellow cards. The ability to bet on booking points is offered to a wide range of different EPL games, but this isn’t the case with Irish league games.

Why is this the Case?

Because the games aren’t as well covered it means that the wider stats aren’t always available. While they do tend to be available after the game has finished, they’re not normally compiled quickly enough for betting companies to offer them as markets. This is compounded even more for in-play betting markets which require instant updates to both odds and bets that are available.

What does it Mean?

The main impact that this has is that bettors don’t tend to look toward the Irish league as a viable option. Part of sports betting is trying to find value from the betting markets. With a smaller number of betting markets, and fewer in-play options, comes lower opportunities for good value. As such, it means that bettors tend to avoid betting on Irish league games in favour of the leagues that have larger betting market choices.

Until there is widespread coverage of the Irish league then it’s unlikely that this will change too much in the future. While televised games will get a higher level of betting markets offered, the games that remain without coverage will tend to still have a sparse selection of markets available.

Why is Andreas Christensen ready to leave Chelsea for FC Barcelona?
Chelsea third kit for 2022/23 season LEAKED!
To Top