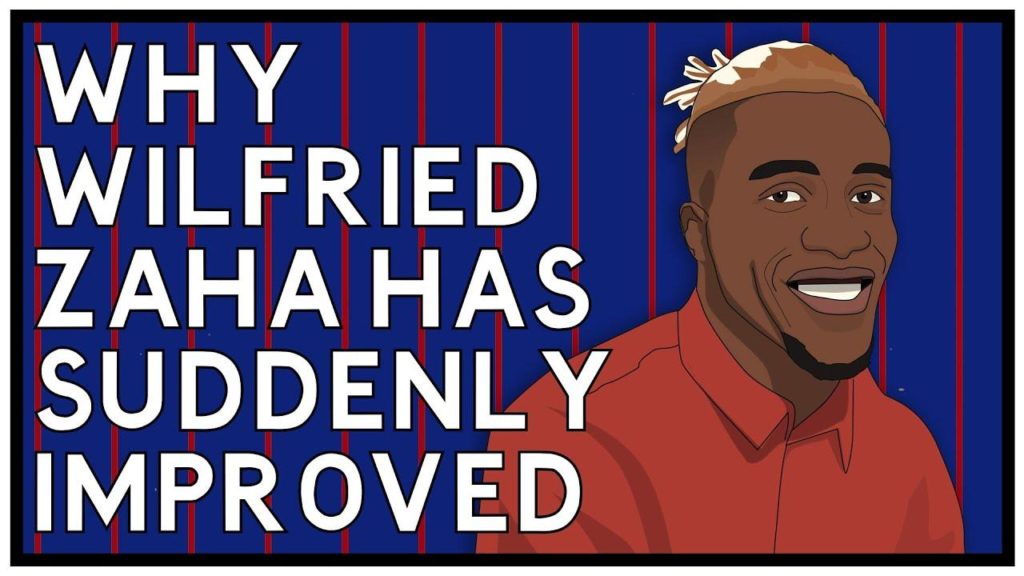 Wilfried Zaha has always been a great player, and there has never been a doubt about his skills and dribbling abilities however this season he seems to be more clinical in front of goal so let us take a look at what has made this possible.

Earlier Roy Hodgson’s Crystal Palace used to play in a 4-3-3 and most on the creative onus and burden used to rest solely on Wilfried Zaha with very little assistance to the others. This, at times, meant that he had to take too many people on his own and shoot from further behind.

We have seen a change in formation with crystal palace opting for a 4-4-2 this season with Wilfried Zaha playing further up the pitch and the addition of the likes of Eze having eased some of the creative burden of his shoulders.

He can now take up attacking positions in a better place, and thus has proven to be more clinical in front of goal. The stats prove this theory as Wilfried Zaha has scored 10 goals and given 5 assists in his best season yet but this time around, he has already scored 5 goals and provided 2 assists in 8 games.

I think it is safe to say that Wilfried Zaha will have to see a sudden dip in form or a colossal miracle for him not to have his best season yet and he seems to be enjoying his newfound form in front of goal.

At times you can also see Zaha take up a more central role which also places him like a pure centre forward though he still likes to take up a position of the left side where he can combine along with Eze and the other players so that he can contribute as much as possible to the team.

It seems that Roy Hodgson has found a system that properly utilizes the strengths of Wilfried Zaha and their current standing in the table is proof of it.