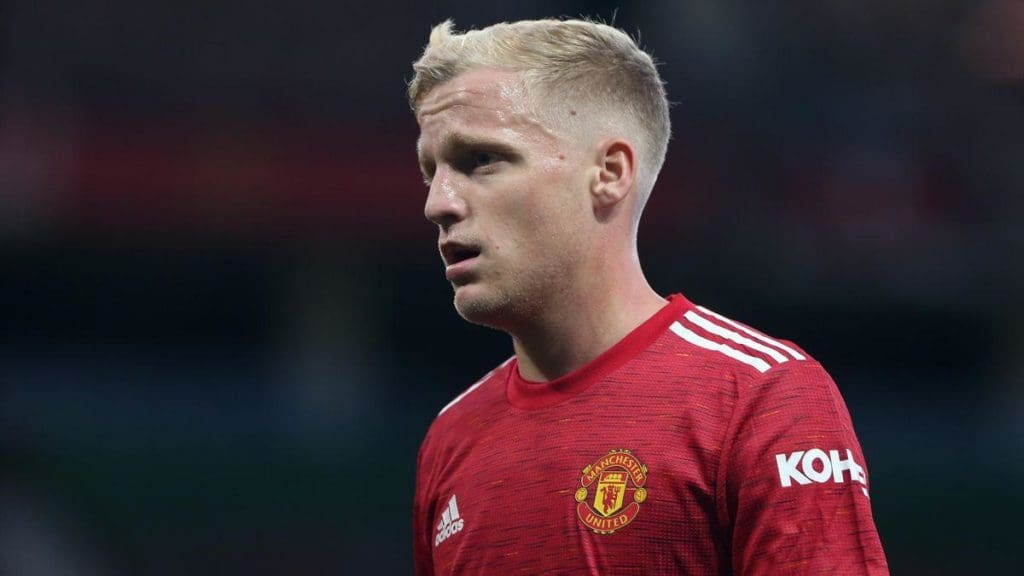 A couple of years after their brilliant run in the Champions League, Ajax’s young stars left the Dutch league in search of a bigger challenge.

The most notable of these was Hakim Ziyech, Frenkie de Jong, Mathijs de Ligt, and Donny van de Beek. Hakim Ziyech was ruled out for many matches and is yet to hit the ground running with Chelsea, but has shown glimpses of his skills, while de Jong and de Ligt have impressed in Barcelona and Juventus respectively, becoming undisputed starters for their sides.

However, Donny van de Beek is one player who in spite of being fit, has yet seen limited game time, with just 2 starts to his name at Manchester United.

Signed for €39 million, the dutchman was supposed to be the best and most exciting signing of Manchester United’s window which included Edinson Cavani, Alex Telles, and Facundo Pellistri. Van de Beek’s quality is undisputed, his commitment and passion are unquestionable, then why is he yet not in the starting 11 and why is he yet making cameos of just a handful of minutes?

One simple reason is the availability of current players. If Donny was brought in to cover for Bruno Fernandes there is very little game time up for grabs with the Portuguese making himself undroppable. If van de Beek were brought in the midfield alongside Pogba, then it would leave our defence completely exposed without cover from the double pivot of Fred and McTominay.

It only makes sense that he was brought to replace Pogba, but if Pogba stays at United, what then? Surely a player of Donny’s caliber and talent wouldn’t be content by spending all his time on the bench for league games. This poses another question, and maybe van de Beek is used sparingly till he has developed the skillset for playing in the English league.

The way Ole sets up his team, the double pivot is urged to move the ball upfield to the playmaker, in Bruno. However, Donny shows the lowest forward pass percentage as compared to Fred, McTominay, and Matic. If Donny plays fewer passes forward he must be defensively adept and as evident from the cup game at Watford, he was seen going into empty spaces forward, but leaving empty spaces behind, something every top team will exploit. As of now, his footballing brain is different from the rest of the midfield. The only way he can get more game time is if Matic is paired alongside him, but the same goes for Pogba. Neither Pogba nor van de Beek can play well if they are paired with Scott or Fred and Scott and Fred play well only if they paired with each other.

United’s first choice midfield is still very unclear with only Bruno Fernandes cementing a spot. There can be several possibilities, van de Beek becomes more aware, Pogba leaves and van de Beek slots in as a like-for-like replacement, or Manchester United sign a new defender, allowing van de Beek and Pogba to play together. Whatever the solution is, the dutchman’s talent is undeniable and Ole knows it. In the next season, he will have a huge role to play in the team and United will prove that he was not just a panic buy.

Matt Doherty needs to start picking up some form or else risk being a flop!
Luke Shaw announces clearly that he is “Not an understudy to Alex Telles”
To Top