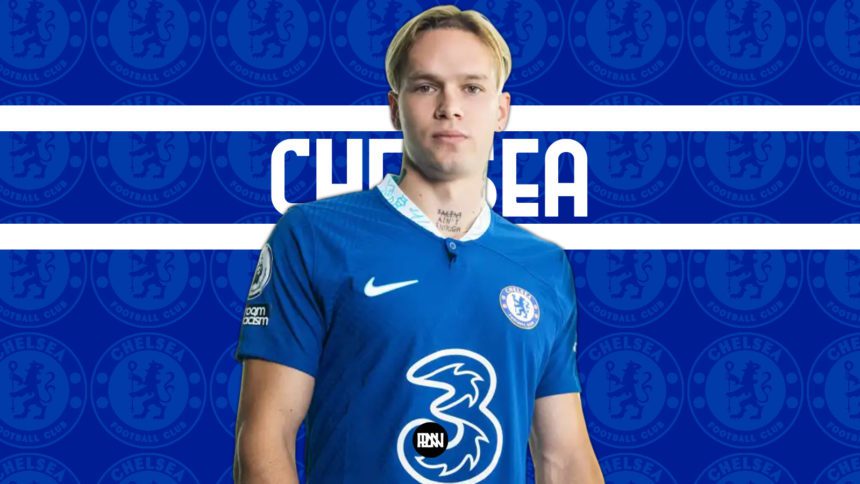 Mykhailo Mudryk was expected to be the crucial mid-season signing that helped Arsenal win the league title. He was a long-desired forward who would give Mikel Arteta more alternatives and strengthen the notion that the club’s 19-year wait to win the Premier League would come true. But Chelsea had other plans. The Ukrainian winger was unveiled as a Chelsea player at halftime on the 15th of January at Stamford Bridge.

It was commendable how Chelsea’s new owner Todd Boehly, led by the Clearlake Capital consortium, was able to snare the deal to sign one of the brightest emerging stars of European football while their loud neighbors kept watching. It was only last summer when Mudryk was close to signing for Bayer Leverkusen for a fee as low as €20million. To begin with, Arsenal made an offer that was equal in size to Chelsea’s (€70 million, with a further €30 million potentially paid in performance-related add-ons). But the only difference was how quickly the various payments would be made. This made Shakhtar Donetsk director Darijo Srna’s decision more straightforward regarding where Mudryk should be heading for his club’s immediate gains.

Notably, though, Shakhtar president Akhmetov has given a statement on Mudryk’s Chelsea move, pledging £22m to Ukraine’s “soldiers, defenders, and families.” He said: “I am confident that we will win (the war). And we will play a friendly against Chelsea at Donbass Arena in a Ukrainian Donetsk,” as reported by Matt Law.

But to make Mudryk agree on personal terms with a club that is struggling to stay on the top half of the table versus the one who spent most of the year as league leaders were going to be difficult. Chelsea has been infamously known in the past for offering a hefty salary to poach talents. But not this time. Mudryk will be earning around £97,000 a week at Chelsea. To give a reference to this, Chelsea is paying him lower wages than Callum Hudson-Odoi and Ruben Loftus-Cheek, who aren’t regular first-team starters.

To start with, “Graham Potter had a phone call with Mykhaylo Mudryk to explain the Chelsea project. It was the first concrete step to tempt the player after the Chelsea/Shakhtar meeting in London last Wednesday — knowing that Mykhaylo’s priority was to join Arsenal,” as reported by the ever-reliable Fabrizio Romano.

The Ukraine international signed a seven-and-a-half-year contract with an option for another year, which will pay him over £5 million annually until at least 2030. While this is still a sizable sum, it is significantly higher than what he would have been earning if he had stayed at Shakhtar and only slightly higher than what he would have been earning at Arsenal. Such a long contract can fire both ways. If the player fails to perform as per expectations, carrying a wage bill for years to come will be deterring for Chelsea. On the flip side, for Mudryk, earning £97k a week for the brightest years of his life while his fellow teammates earn much more can be a bummer. But given the promise Mudryk has shown on the pitch and his young age, Chelsea has little to nothing to lose.

It takes a little bit of belief to think that Mudryk is prepared to shine at football’s highest level. At the age of 22, he has only participated in 49 league games for his team, and another 12 Champions League matches. He has tallied 12 goals and 14 assists from them. However, Mykhailo Mudryk has shown devastating pace, talent, and goal threat from the left wing that top European teams are constantly trying to add to their offensive options during Shakhtar Donetsk’s Champions League group stage performance in the first part of this season. Graham potter now has a staggering list of attackers at his disposal after the recent addition of Noni Madueke from PSV Eindhoven. But what Mudryk can offer to this Chelsea team, no one else on the list can.

Chelsea is 19th on the table for attack speed, as to how quickly the ball moves from the last line to the final third, since the start of the season. This number poses a glaring deficiency in Chelsea’s toothless attack. Another main issue is that Chelsea has been poor at converting its possession advantage and transitional opportunities into high-caliber scoring chances, many alone goals. Their mid-table position may be largely explained by their low rankings in the Premier League for shot attempts and anticipated goals (xG) per shot attempt. Without the presence of Reece James and Ben Chillwell, Chelsea’s favored attacking wing-back system fails miserably. Since the prime Eden Hazard era, Chelsea has been struggling to dribble the ball swiftly into the final third without posing a serious counter-attacking threat. The opposing team takes benefit of this weakness by playing a high press system.

Mykhaylo Mudryk fits the bill for the kind of attacking player Chelsea has been yearning for.  The Champions League group stage this year has seen Mudryk try slightly under six dribbles on average per 90 minutes, which would put him comfortably above all other Chelsea forwards other than Joao Felix, who made his debut against Fulham and tried four dribbles in just 58 minutes before getting dismissed. With his exceptional ball control and a burst of speed, he manages to get himself or one of his teammates a shot at goal, spiking his xG metrics. Since Mykhaylo Mudryk is a real winger who occupies the entire left side of the field, Chelsea may benefit by having Reece James overlap on the other flank. Mudryk is highly challenging to defend when he has the ball at his feet because of his two-footedness from this wide position. He is equally capable of providing accurate cutbacks with his left foot or tempting in-swinging passes with his right.

Mudryk’s tattoo and its significance

Mykhailo Mudryk has several tattoos all over his body, many of which are closely related to religion. The tattoo on Mudryk’s neck is one of the more prominent ones, “Only Jesus” is written on it, and directly above it is an infinite symbol. He posted this picture on Instagram with a caption that read, “Everything that I can, it’s all thanks to God!”

The 22-year-old’s torso is covered in engravings, some of which appear to be connected to religion. One such tattoo is on the right side of his body with a phrase linked to Christianity and is a passage containing a letter to God.

It says, “Dear God, if today I lose my hope, remind me that your plans are better than my dreams.”

Additionally, a heart and football are inscribed on the other side of his chest. The meaning of this tattoo is obvious, as it relates to Mudryk’s passion for football. Two other tattoos can be seen on the back of his left and right arms. The word “Again” is also tattooed six times on the forward’s right thigh, which is perhaps what motivates Mudryk to keep improving. Evidently, Mykhailo Mudryk places a high value on his beliefs and religion, and he has used some unusual tattoos to convey this conviction.

It will be interesting to see how the new Chelsea player performs at Stamford Bridge, given his intriguing personality and enormous price tag.

Noni Madueke signs for Chelsea: What will the U-21 Englishman offer the Blues?
Next Article 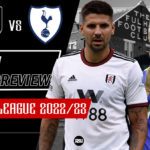