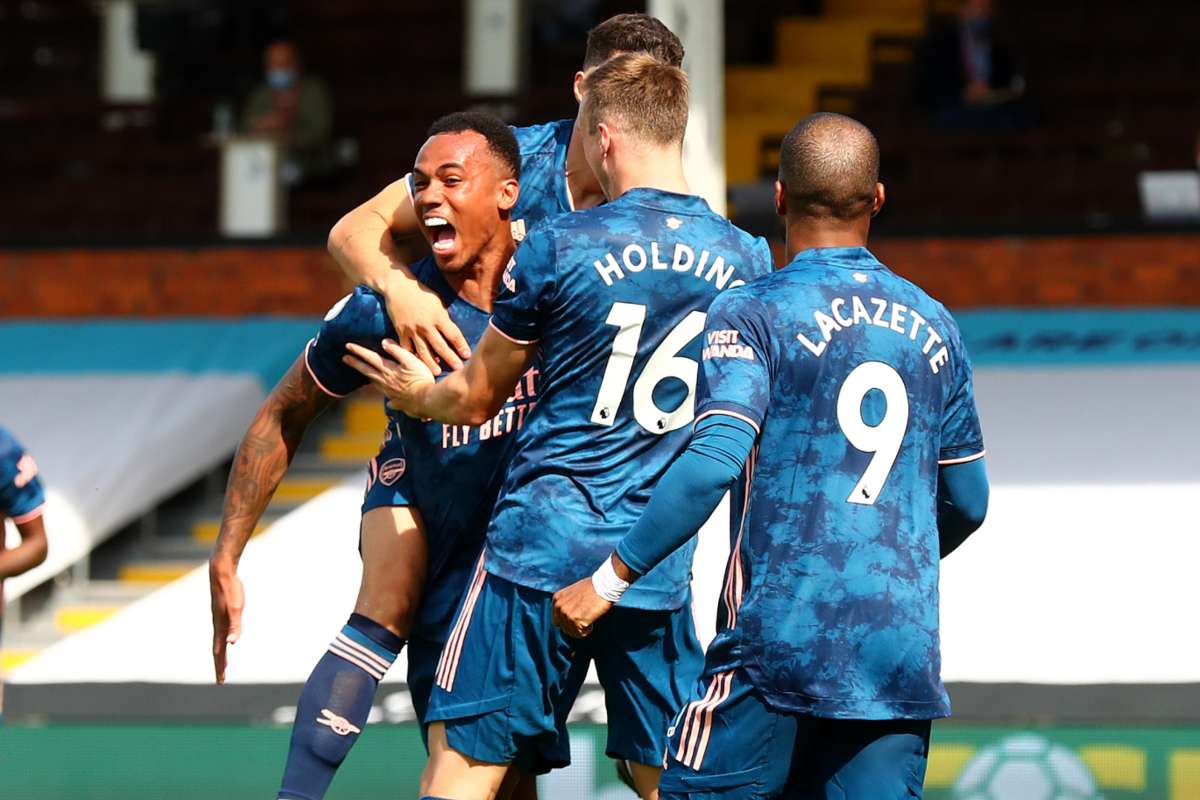 After completing his summer move to Arsenal from Lille, Gabriel Magalhaes may be was not expecting his competetive debut to come as soon as it did.

He was lined up together with Rob Holding and Kieran Tierney in what looked to be a 3-4-3 formation by Mikel Arteta. Magalhaes made quite a shaky start to life in the Premier League during Saturday’s opener against Fulham at the Craven Cottage.

Gabriel, donning the No.6 jersey for the Gunners seem uncomfortable in the first few minutes of the game which saw the home side have much of the possession – though they were not threatening that much in front of goal.

The centre-back almost gave our a goal in the first half after failing to control a pass from Tierney, and took the intervention of goalkeeper Bernd Leno to keep out Aboubakar Kamara from converting inside the penalty box.

Well, for that side of the game Arsenal fans were quite unconvinced about Gabriel but that is normal for a player who was handed his debut on the opening weekend of the Premier League.

That is a bit convince for someone who is appearing for the first time after playing in the French league.

The second half was quite a convincing performance from Gabriel, and he capped that off with debut goal assisted by another debutant Willian who arrived from Chelsea.

He scored in the 49th minute to double Arsenal’s lead immediately after recess before captain Pierre-Emerick Aubameyang added another to complete the day for Arteta’s team.

He will be proud of the game he played against the Cottagers and every Arsenal fan will also be proud of what Gabriel Magalhaes displayed on Saturday.

And he was named Man of the Match. 💪 pic.twitter.com/8chEE401rA