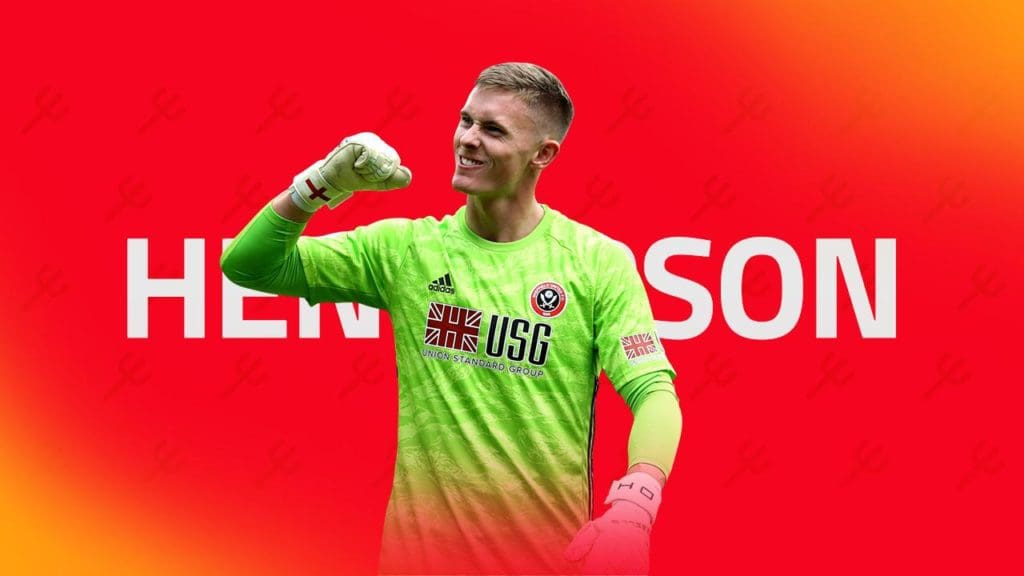 Sheffield united have had a break through season this year and for a side that has been newly promoted to the top tier of English football going toe to toe with the big boys on a comparatively low budget is a really big achievement given the competitiveness of this league.

The main reason for their success has been the defensive solidity at the back and Dean Henderson has played a pivotal part in that.

Dean Henderson has kept a total of 13 clean sheets in 36 appearances in his first full fledged season at the helm. This is really great especially for such a young player which can only mean that he has the potential to grow overtime and what better place to do that other than Manchester United.

Henderson has made 97 saves this season along with a penalty save which shows that he has put in a good shift consistently. All of this and just a 2 yellow cards in the entire season also means that he is a pretty cool and composed customer in the game.

What goes really unnoticed though is the fact that he has a decent passing range as well with 265 accurate long balls throughout the season and 934 passes strung together. With a little bit of refining he can surely play a big role as a sweeper keeper which has become a big deal in the way modern football is played especially with so much stress being given on starting plays from the back.

It seems like the sky is the only limit and with the recent dip in form from De Gea it feels like Dean Henderson should get his chance sooner rather than later.

He has the composure for some of the elite clubs and his first season also gives you some surety about his mentality.

Dean Henderson enjoyed his time at Sheffield United and has grown in leaps and bounds. In an emotional farewell he stated, “I will look back at the last two years as an important chapter in my career.”

Referring to his time at Sheffield. He also thanked the manager and the backroom staff fro all the support that they provided him. The lad was a local hero among the home fans but there is certainly no bad feelings about his departure as this was eminent and most if not all people saw this coming.

It is fair to say that Chris wilder has worked some magic with the young lad along with Darren Ward, the former welsh international goalkeeper who is currently the goalkeeping coach at Sheffield United.

Aaron Ramsdale has been brought into the Sheffield squad to fill the major void that has been created by the departure of Dean Henderson but he certainly proved in his two seasons that they won’t be easy shoes to fill and maybe I’m getting to ahead but it certainly looks to me that this youngster is destined for greater things in the future.