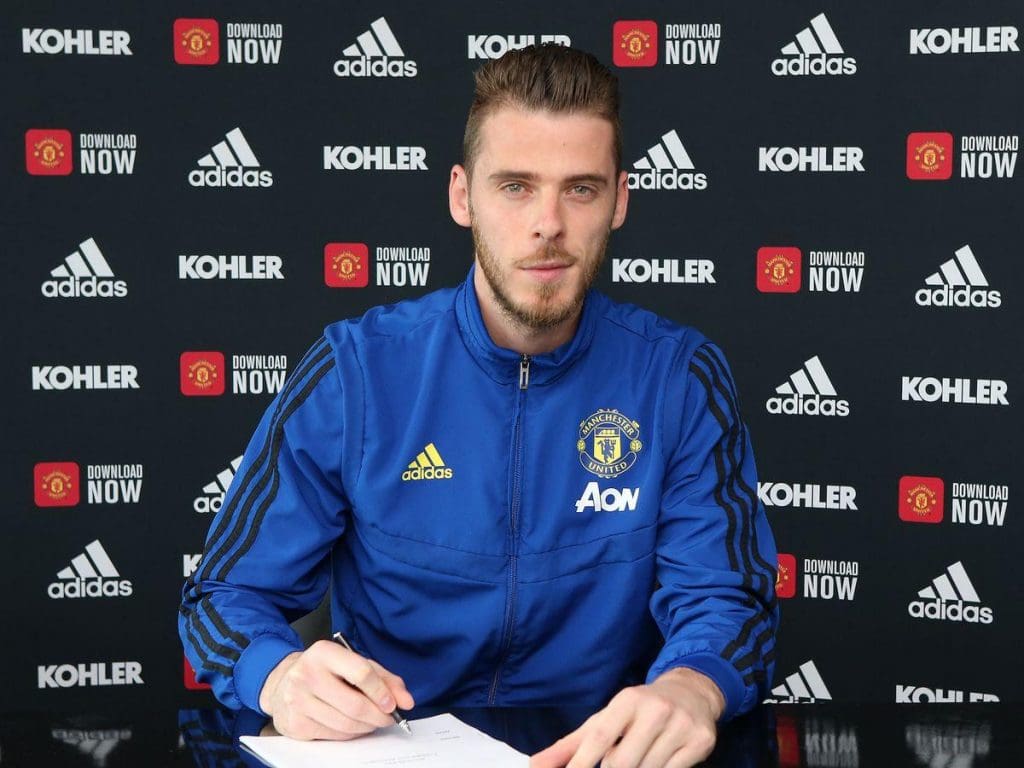 Manchester United goalkeeper, David De Gea has signed a new long term contract which will keep him at Old Trafford until June 2023, which also includes an option for a further year.

De Gea, 28, who joined United in 2011 and has made 367 appearances so far had entered the final year of his contract and had been linked with a return to Spain. But the Spaniard ends uncertainty over Manchester United future by putting pen to paper on a new four-year deal.

During his time with the club, he has won the Premier League, the FA Cup, the League Cup, the UEFA Europa League and the Community Shield.

“It has been a privilege to spend eight years at this great club and the opportunity to continue my career at Manchester United is a genuine honour,” De Gea told United’s website.

“Since I arrived here, I could never have imagined I would play over 350 games for this club. Now my future is fixed, all I ant is to help this team achieve what I believe we can and win trophies again, together.

“As one of the senior players in the squad, I want to support and lead in any way that I can to assist the younger players, so they know what it means to play here.”