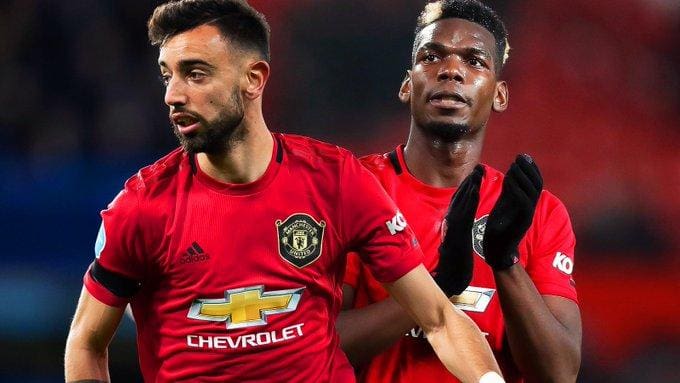 Paul Pogba and Bruno Fernandes featured for Manchester United’s side for the first friendly game against West Brom. However, the Red Devils lost their first friendly against the Baggies by 2-1, with Bruno scoring and missing a penalty. United then won their second friendly with a different lineup. Solskjaer is preparing his side for the Premier League restart and will be expecting a lot from the midfield duo. Fletcher thinks that both can combine well, but they may have to make ‘sacrifices’. When asked about the duo playing together, Fletcher said:

“Without doubt, of course. Great players can come together.

First look at a Pogba x Bruno play on the pitch 🤩

“Somebody might have to sacrifice a little bit of something – that’s part of being in a team, it’s not an individual sport. When you play with a certain midfield, whether it’s a midfield three, you adapt your game to complement each other.

“That’s what I had to do at United. I was in the team with lots of different midfielders, lots of combinations and, if a certain midfielder was playing, I would try to take up positions to allow him to benefit and he would do things to allow me to benefit.

“It’s all about being compatible and recognising the strengths of your fellow team-mates and how to get your best performance, but, ultimately, you might be sacrificing what you do best to allow someone else to excel, which helps the team win.”

Fletcher rose through the ranks of Manchester United academy and spent 20 years at the club. He made his debut in 2003 and was an important figure in the middle of the park for the Red Devils for more than a decade. He made 342 appearances for United, scoring 24 goals in the process. He joined West Brom in 2015 and spent two years at the Hawthorns before a two-year stint with Stoke. Last month, he acknowledged that he won’t play again due to medical conditions.