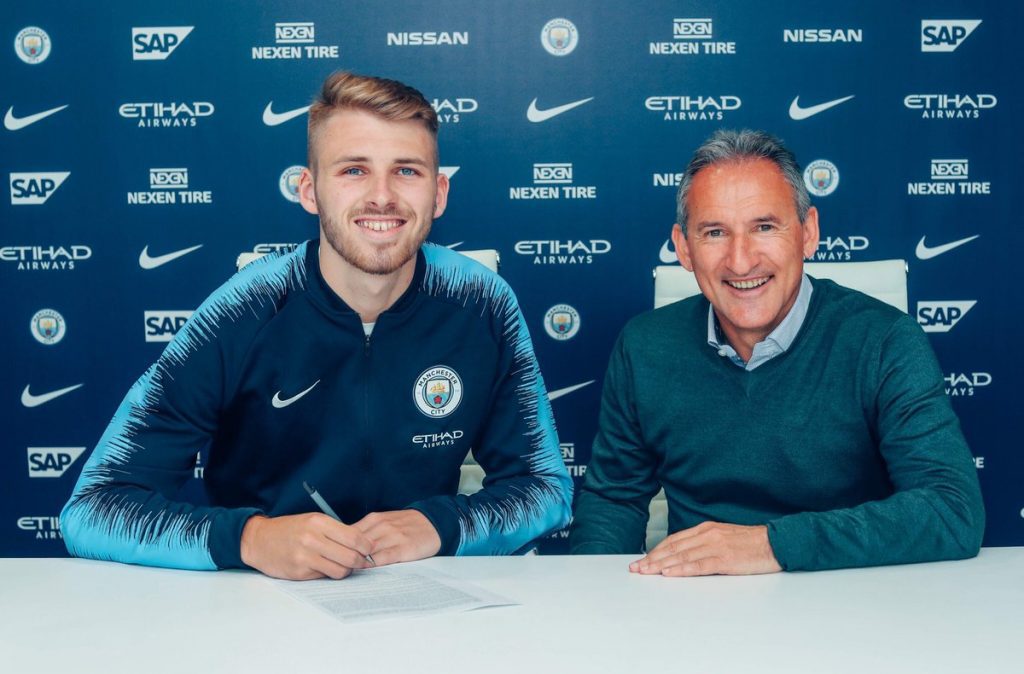 Jadon Sancho, Kieran Trippier, Angelino, Kasper Schmeichel, Phil Foden. The names mentioned are superstars in world football today, but there is something else common among them, and it is the fact that all of these players hail from the same academy, the Manchester City Academy.

However, only one player from the aforementioned players is in Manchester City’s first-team squad. There is a simple conclusion to this and it is that Manchester City does not have enough faith in their youth footballing system. The biggest sucker punch to this arrogant process must be Jadon Sancho, one of the most creative talents in world football today, but once a Manchester City academy starlet.

A similar case exists today and it is in the form of Daniel Grimshaw.

Daniel Grimshaw, is a Manchester city local lad who joined his boyhood club as a teenager and subsequently in 2018, signed a 3-year deal with Manchester City and it was a proud moment for the youngster, as his childhood dream came true when he put pen to paper. Unfortunately, that is where the dream ended as ever since then, Grimshaw has not made a first-team appearance.

In the 2018/19 season, Grimshaw was a regular face in the matchday squads as he was promoted to the third-choice keeper behind Ederson & Ario Muric, Grimshaw’s opportunity arising as a result of an injury to Claudio Bravo. The 22-year-old Englishman was also a substitute goalkeeper in the Carabao Cup games but failed to make a single appearance.

Grimshaw in January 2020 sealed a loan move to Hemel F.C, a club in England’s National League South, the sixth tier of English football to secure some first-team minutes. The goalkeeper made seven appearances and gained as little experience as he could as he returned to Manchester City in the summer of 2020 as his loan deal expired.

Grimshaw has played 55 games ranging from the U-18 squads to the U-23 squads where he was a key part of the Elite Development squad as they reached the semi-finals of the UEFA Youth League last season but he had no involvement in the 2020/21 season as James Trafford was preferred over him.

‘He is a goalkeeper of great potential and has impressed Pep Guardiola and his coaching staff over the past two seasons with his hard work and progress. He is young and is still learning his trade, but we are happy he is continuing his education at Manchester City and look forward to watching him progress in the coming seasons’- these were the words of Txiki Begiristain, Manchester City’s director of football when Daniel Grimshaw signed a contract extension in the start of 2020.

These words, however, sound all too familiar because in all honesty they have been used before to describe various other academy starlets but the opportunities for these starlets come very rare and they result in the academy graduates securing moves elsewhere and more often than not, turning out to be success stories. The one negative, if, there is any is the reluctance of English footballers to practice their trade outside England but the success stories of Jadon Sancho, Kieran Trippier, and now Fikayo Tomori at AC Milan have motivated other English footballers to make the move outside of England.

In October 2020, Daniel Grimshaw joined  Lommel SK, a Belgian first division B side on loan, in an attempt to secure first-team minutes and since then, the Englishman made his first appearance on February 15 2021 in a 1-1 draw against Westerlo.

But there is a bigger picture here. Daniel Grimshaw has never been offered bigger chances and nobody at the academy has tapped into his obvious potential as Manchester City are fond of the 23-year-old but does not care enough to do anything about that. This is a case with far too many academy graduates and the only reason Phil Foden has made it into the first team is because of his utmost patience and his incredible talent.

However, the case with goalkeepers is quite different. They are only vying for one position, at a maximum of two, if a different keeper opts for Cup matches but that is where the selection ends. Outfield players are in contention for at least 4-5 positions, so they are afforded more chances than goalkeepers.

Due to this methodology, Daniel Grimshaw is at a crossroads this summer as he might opt to move away to secure a permanent role in a club outside England. Manchester City cannot afford to have another Jadon Sancho situation because the best goalkeepers today are available only for more than 60 million Euros.

The problem lies in the ideology of the club. Phil Foden might be able to change it, but he can only do so little. What Manchester City needs to do is to look at clubs around them. Liverpool does not have to go out and shell out big bucks for a right-back because today Trent Alexander Arnold, a Liverpool academy graduate, fills out that position for them. Chelsea has Reece James, Mason Mount, Tammy Abraham, Billy Gilmour, all Chelsea academy graduates, who are making it into the first team and while doing so, preventing their club from spending millions to find players in those positions.

It could be too long before Manchester City realize their mistake but the sooner it happens, the better, as it could be a very real possibility that in a couple of years, Daniel Grimshaw is excelling at a club in Europe, and Manchester City, yet again, look like the people who could not identify genius when it was in front of them. 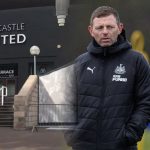 How can Newcastle recover from the Chelsea setback?
Next Article 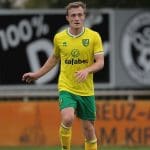