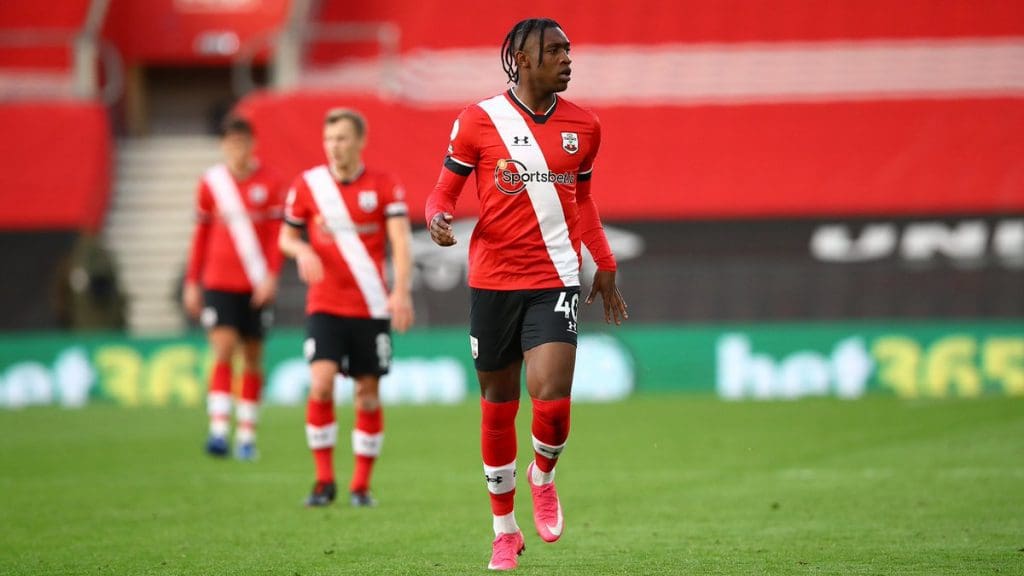 Dan Nlundulu is a Southampton youngster who has been making waves in the PL 2 Division 1. He has scored 5 goals and given 1 assist in 8 matches this season. The youngster was born in France but represents England Internationally.

Southampton seems to have a crop of talented players at their disposal with Dan N’lundulu and Michael Obafemi to name a few. The club has seen the development of some of the biggest players on the world stage. Alex Oxlade-Chamberlain, Gareth Bale are just among a few. World-renowned coaches have learned their early traits with Mauricio Pochettino and Ronald Koeman among them.

N’lundulu plays as a striker and has been in the Southampton set up for a long time now ever since the U-16 days when he got there on scholarship. His stats prove his abilities and has even featured in some FA cup matches for the first team but at the age of 22, it feels that he has a lot of potentials to develop his game further.

Dan N’lundulu has good hold-up play along with some slick finishing and idolises Zlatan Ibrahimovic. Players in the first setup also seem really impressed with his progress. Theo Walcott quoted, “He N’lundulu reminds me of a young Lukaku” which speaks volumes in itself and Southampton looks like the perfect place for any young lad to gain some much-needed experience on the big stage as they aren’t shy to give any player a chance irrespective of his age.

Even though there isn’t much in the form of gameplay or videos to analyse him thoroughly with all the statements going around he certainly seems one for the ages provided he keeps his head over his shoulders and continues to do the good work.