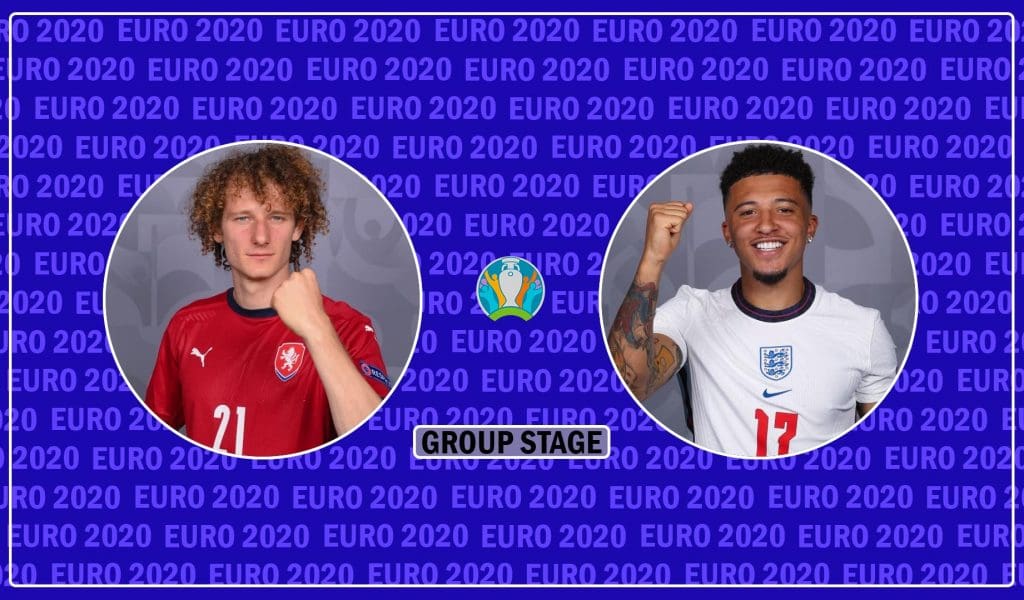 UEFA Euro 2020 has given us some exhilarating moments so far and promises to give us more as the tournament shapes up for what is set to be a closely contested knockout phase. However, many teams are yet to qualify for the round of 16, with Group D hopefuls Czech Republic and favourites England among them. They are the top 2 teams in the group respectively, and they go head to head on Tuesday night in what will be a battle for the top spot in the group.

England started the tournament in good fashion with a solid 1-0 win over 2018 World Cup finalists Croatia. However, they were below-par against Scotland in the second game and were unable to break down the Scottish defence, finishing the game with a drab 0-0 draw. Coach Gareth Southgate has come under fire from the fans for his recent team selections, with many stars and game-changers, notably Borussia Dortmund winger Jadon Sancho and Aston Villa talisman Jack Grealish, left on the bench or not even included in the squad. Southgate will be hoping that his next team selection can get the job done against the Czechs and give them a top spot in Group D.

England dominated possession against Scotland but were unable to muster more than just one shot on David Marshall’s goal. Just like Southgate, England captain Harry Kane – who is yet to open his account in the Euro 2020- was also criticized for his poor display in front of goal and in the build-up play. He was let down by his touch on Friday night, and he will be hoping to brush off the criticism with a goal or two against Czech Republic.

MUST READ: Does Harry Kane suit this England system?

Czech Republic are currently in a surprising top spot, after a win against Scotland and a draw against Croatia. They were predicted to be fighting for the third spot at the start of the tournament, but they have proven everyone wrong after two quality displays. However, they now face the biggest test of the competition so far, in a hugely talented England side that has no shortage of superstars. They could hold on to the top spot if they avoid a loss and progress to the next round as the winners of Group D.

The England defence has remained largely untroubled so far, they are yet to concede a goal in the tournament, but with an in-form Schick, the Czechs will hope to put a dent in the perfect record so far.

Czech Republic did not create much in the game against Croatia but took the lead in the first half after a controversial VAR penalty decision went in their favour. Croatia quickly equalised in the second half, and neither side threatened to take the lead as the game went on. Czech Republic coach Jaroslav Silhavy will hope his side can do better against England on Tuesday night if they want to take the top spot in the group.

England defender Harry Maguire returned to the matchday squad against Scotland, although he was an unused substitute. His replacement Tyrone Mings has not put a foot wrong so it will be interesting to see if Gareth Southgate brings in Maguire or persists with Mings. After the draw against Scotland, Southgate hinted at changes in the next game and Kyle Walker or Kieran Trippier could both return to the lineup replacing Reece James. There could also be a start for winger Jadon Sancho who is yet to feature in the competition.

Midfielder Mason Mount and Left-back Ben Chilwell are set to miss the final game of the group stage after they were forced to isolate as they came into close contact with Scotland midfielder Billy Gilmour who tested positive for COVID-19 after their clash at Wembley.

Czech Republic have a fully fit squad for the England game. Patrik Schick had a bleeding nose in the game against Croatia after he took an elbow from Dejan Lovren to his face. However, he is expected to lead the line against England.

Was there any doubt? He is Czech Republic’s main man and he is the man in red hot form right now. Three goals in 2 games so far in this tournament, he is the joint top-scorer in the competition right now, with Cristiano Ronaldo & Gini Wijnaldum. He is tall and is a constant threat from balls into the box. Schick will no doubt be the man everyone has their eyes on, and he will be hoping to impress yet again with his talents. England defenders will have to watch him very closely and keep him shut if they want to smother the Czech attack. 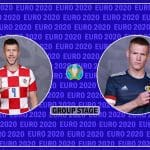 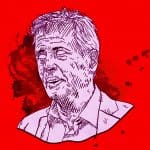