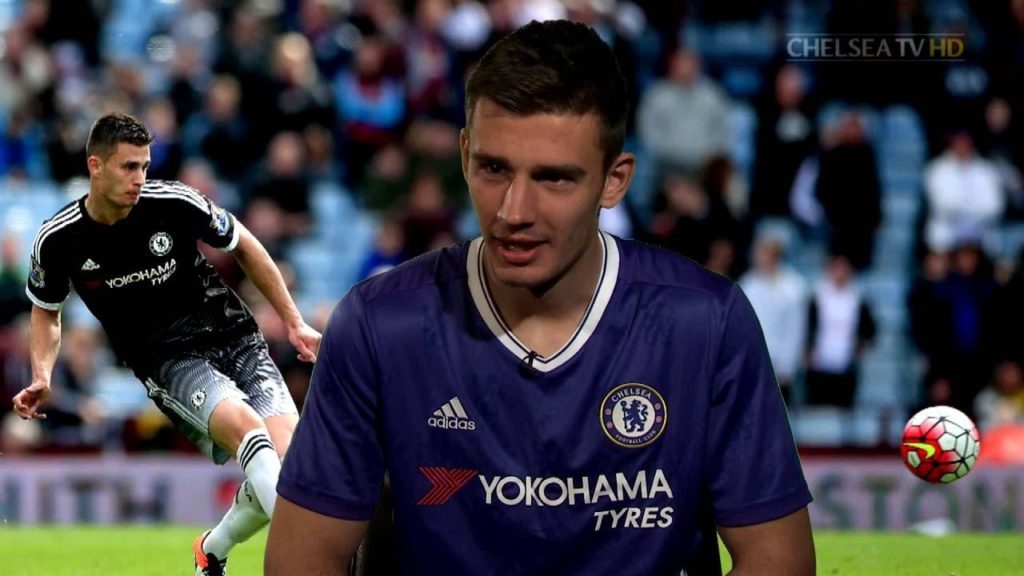 The despicable story of Matt Miazga who was once heralded as the best young centre-back to have emerged from USMNT seems to be another reference to Chelsea’s abundance of players who are consistently sent out on loan until they are able to generate sizeable transfer fee.

Dating back to 2015 season, Miazga was able to establish himself as a regular first team player for the New York Red Bull, after signing a homegrown contract on 30 May 2013. His formidable partnership at the backline with Damien Perrinelle earned a lot of praises across Europe.

Having some notable strong performances against New York City FC’s David Villa and Toronto FC’s Sebastian Giovinco, Miazga’s potential was eventually validated and respected, as he was regarded as one of the best defensive player in the league and also earned MLS team of the week on four occasions across the season.

His overwhelming and composed defensive contributions throughout the 2015 season helped his team to win their second Supporters’ Shield in three years; earning one of the meanest defenses in the league.

Miazga’s desire to play in Europe made him to turn down the club’s designated player contract offer, which would have made him one of the club’s highest paid player, after having one of his best season ever.

Soon after, on January 30 2016, Chelsea approached Miazga and they both agreed a four-and-a-half-year deal for a reported £3.5 million (US$5 million).

Shortly after his announcement, he was given a first team number 20 shirt for the remainder of the 2015/16 campaign. Though Miazga was an unused substitute, he was still rewarded with a place in Chelsea’s matchday squad in their 2–1 away loss to Paris Saint-Germain in the first leg of the UEFA Champions League round of 16 encounter in February 2016.

Injuries to both John Terry and Gary Cahill paved the way for Miazga to earn a rare Chelsea debut, as he started in the 4–0 League victory to Aston Villa on April 2, 2016.

After an encouraging debut attached with a clean sheet, the then Chelsea’s head coach Gus Hiddink gave Miazga his second start against Swansea City, but was untimely substituted at half-time; which was eventually his last outing for Chelsea.

Miazga has been tipped to be sent on another season long loan spell again, which will be his fifth season being away, at four different loan-team.

He spent two seasons at Vitesse and another 18 months at Reading and has a torrid 6 months spell at Nantes in 2018. All his loan moves had earned him a whooping 123 appearances, while scoring 7 goals in between.

As the case may be, Miazga is still on Chelsea’s books for further two years, but his lack of opportunity might see him running down his contract on loan moves without being considered by the Blues’ manager.

As per report from Goal, this season, Miazga will be heading to Belgium, at Anderlecht specifically, whom are currently coached by a veteran Belgium center back Vincent Kompany.

During the Pandemic break, Miazga had met with the official MLS podcast to shed some light on his future and his plans.

“My aim at the start of the season was to come back to Reading and try and help them get promoted and then we’ll see what happens but now there is a pause in the league so we don’t really know what’s going to happen with my future,” Miazga said. “But at the end of the day I’m open to everything. I’m a bit older now, I’m not 21, 22 when I can go out on loan.

“Now I’ve got my missus with me so as I get older I’m trying to settle down and take the next step and then we’ll see what happens.”

In his interview, it could be deduced that the USMNT player doesn’t seem to be happy with his constant loan moves since he joined the Blues, with only two Chelsea’s first team appearances to show for it.

Miazga haven’t back down nor lost hope on getting back to Chelsea’s team, as he admitted that it might be currently difficult to break into the first-team at Chelsea, but he’s not yet ruling out the possibility of getting back into the team in the nearest future.

“I think about the positives but the negatives as well [when going back to Chelsea]. I don’t have a problem going somewhere else but at the back of my mind I want to finish what I started when I first went in there. I want to go in there and make a name for myself like I was originally supposed to do.

“We’ll see what happens – I know it’s a difficult task but everyone looks at the Championship now for good players. Frank Lampard [manager] took a lot of players from the Championship last season and they’ve done well so you never know.”

Over the years, the 25-year-old defender has grown to be a well-rounded modern day centre-back; judging by the level of what he has continually displayed while on loan.

At 6-foot-4, Miazga fits the build to be a “bully” of a center back. Still, he is also a very adept passer at the position, giving him the ability to play as a lead distributor from the position, or sit back in a complementary role as the second player in a pairing.

For the most part, Miazga has always been thought of as a pretty good passer, dating back to his MLS days, but where his game has elevated in the last two years is his ability to sit back, play long balls comfortably, or come up from his position, and hold possession.

At 6ft 4in, Miazga imposes an aerial threat and he’s often the first head to the ball on a goal kick, and also a threat at the opposite end.

Considering his qualities, it’s much more difficult to understand how such talent could be left wandering from one loan move to the other without being given some opportunities especially during preseason games.

On the other hand, looking at Chelsea’s loan system, they obviously has high number of players being shipped out to get regular game time elsewhere, such as the case of Ross Barkley, who became the 20th Chelsea loanee when he joined Aston Villa on Wednesday, but the group is rumoured and expected to grow beyond 30 before the transfer window closes on October 5.

With Chelsea having brought in some new faces during this transfer window, the club is now looking to move players out as they make clear of their roster.

PSG are said to be in talks with Midfielder Tiemoue Bakayoko, while Antonio Rudiger could depart from Stamford Bridge after falling down the pecking order this season.

Marcos Alonso, Ruben Loftus-Cheek, Jorginho and Emerson Palmieri are other few first-team players who have been linked with an exit from the club.

Chelsea’s loan system have been an hindrance to many players like Miazga, whom have unfortunately fallen into such loan dilemma. In recent time, Mason Mount and Tammy Abraham have been the only players to have successfully joined Chelsea’s team after the end of their respective loan move to Championship sides.

With Miazga’s desire and intent to force his way into Frank Lampard’s plan, a successful loan spell at Anderlecht might prove decisive in achieving his dream of getting into Chelsea’s head coach’s plan for next season.