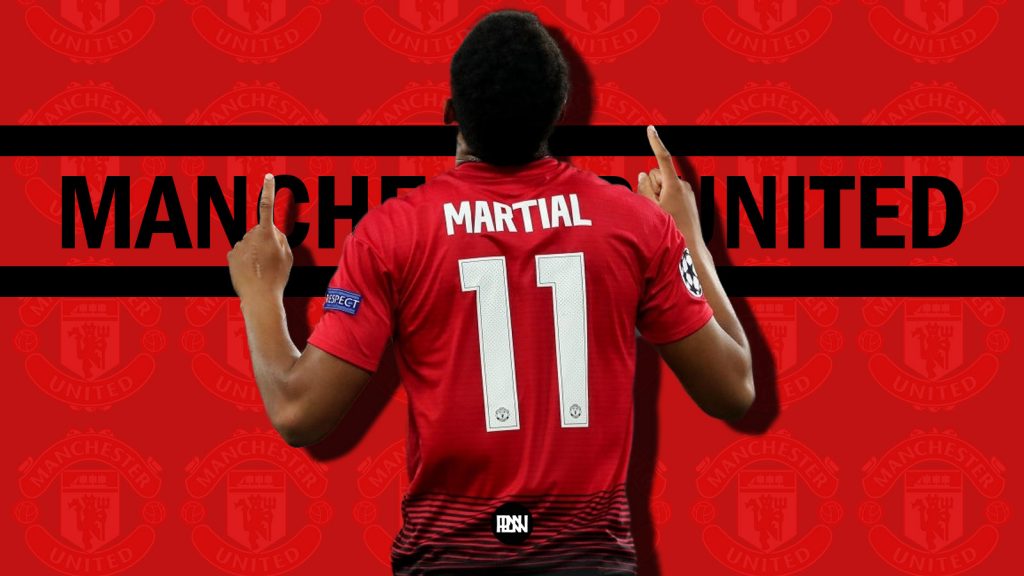 “Tony Martial came from France, the English press said that he had no chance, 50 million down the drain, Tony Martial scores again.”🎵🎵

A while back this was how the Stretford End serenaded Anthony Martial, the Frenchman who arrived at Old Trafford in the summer of 2015. Signed for a fee of 36 million euros from AS Monaco, potentially increasing to 56 million euros, the French teenager was the most expensive teenage signing in World Football. Let us take a look at his time at Old Trafford and try to analyze where it went wrong for the 2015-16 golden boy.

A DEBUT TO REMEMBER

Martial made his debut as a 65th minute substitute, replacing Juan Mata, against United’s fiercest rivals Liverpool at Old Trafford. The United faithful had been longing for a superstar to grace the Theatre of Dreams in the post Sir Alex era, and Martial did not disappoint. Before long, he isolated Liverpool’s Martin Skrtel on the left-wing, leaving him on the floor and plotted past Simon Mignolet in the Liverpool goal. As Martial celebrated his debut goal in front of a Jubilant Stretford End, it seemed as if United had unearthed a gem of a footballer.

Louis Van Gaal praised the Frenchman’s debut goal but insisted that the signing of Martial was one for the “future.” Van Gaal trusted Martial’s tenacity, footwork and pace which allowed him to wriggle past the defenders with relative ease. Martial repaid the faith that Van Gaal entrusted upon him by delivering 18 goals and 11 assists in his debut season. His performances impressed United fans all around the globe and even earned him the Golden Boy award at the end of the season. However, Van Gaal’s sacking at the end of the season triggered a series of events that led to a steady decline in his performances.

With the arrival of Jose Mourinho as Manager, it was clear that Martial was a player who’d find it difficult to adapt to life under the Portuguese. In the early days of Mourinho’s reign, Martial started on the left-wing, in place of the in-form Marcus Rashford who had burst onto the scene just like the Frenchman under Van Gaal. Martial’s inclusion in the starting eleven over Rashford had a mixed response from fans and pundits. But after a series of underwhelming performances, he eventually lost his place to Rashford and was relegated to the bench. The 2016-17 season turned out to be a  tough one for the Frenchman who failed to replicate his debut season’s antics.

With limited game time at United, rumours of Martial’s exit began to pop up. But he denied these rumours, and publicly expressed his desire to fight for his position at the club. He was named as a starter in the 2017 league cup final and made an appearance off the bench in the Europa League final against Southampton & Ajax respectively, both of which United won. Even after a strong end to the season, Martial failed to cement his position as a starter in the 2017-18 season. His prospects were further dampened by the arrival of Alexis Sanchez from Arsenal in January, who primarily played on the left-wing.

Anthony Martial’s struggles can be attributed to Mourinho’s perception of the Frenchman. Reports in the English Press mention how Jose M0urinho had labelled the Frenchman as psychologically weak, claiming that he lacked mental strength and “cried” when the decision went against him. The Portuguese manager had tried to offload Martial in the summer of 2017 by swapping him with Ivan Perisic, the Inter Milan forward. An agreement was set to be reached with the Croatian desperate to move to Old Trafford, but the move was not sanctioned by the United hierarchy.

In the summer of  2018, tensions between the Frenchman and Mourinho were at their peak when Martial left United’s training camp in the US to attend the birth of his child and refused to come back to be a part of the pre-season tour.  Mourinho again proposed the sale of Anthony Martial to the  United Board, but they were reluctant to sell Martial as the club valued him at a level which the Portuguese manager did not agree with. The sale of Anthony Martial is considered to be the start of a series of disagreements between Mourinho and the United hierarchy which culminated with the Portuguese manager being sacked by United.

Even though he started the season as a substitute, he started and scored in each of the 5 games prior to the November International Break. Under the new management of Ole Gunnar Solksjaer, Martial looked like a player who had turned a corner in his United career.

A rejuvenated Martial under Ole’s management

At the start of the 2019-20 season, Martial cemented his position as the club’s 1st choice number 9. After the departure of Romelu Lukaku to Inter Milan, Martial became a regular starter for the Red Devils. The Frenchman along with Rashford on the left and Greenwood on the right completely transformed his style of play.

The United faithful had watched Martial feature on the left-wing throughout his playing career, but Solksjaer managed to turn the Frenchman into a goalscoring Number 9. Although at times his tendency of drifting to the left-hand side was fairly evident, he managed to back it up with his goals and assists. He even scored a hattrick in a 3-0 home win against Sheffield United, the first hat-trick scored by a United player since Robin Van Persie in the 2012-13 season.

It was a brave decision by Ole to sell Lukaku without signing a replacement and trusting Martial to play as the lone striker up top, but this role seemed to bring out the best from the Frenchman. His angled runs behind the opposition defenders were a constant threat and his ability to inter-link play using short passes helped him develop a wonderful partnership with the likes of Rashford & Greenwood. Even though he was heavily involved in the build-up play, Solksjaer constantly spend the majority of his time in the 18 yard box because that’s where his finishing ability could come into good effect. Throughout Ole’s first full season as United Manager, Martial constantly delivered the goods for his side.

Cavani’s arrival and a steady decline in Martial’s form

Manchester United signed Edinson Cavani in the 2020 summer transfer window. The Uruguayan’s arrival gave the feeling that Martial’s position as the club’s leading striker was under threat. He started the season as a starter but his red card against Tottenham was the beginning of a downward slump in his performances. The Frenchman’s unconvincing performances in a United shirt eventually lead to his exclusion from the starting 11. Paul Scholes in an interview with BT Sport claimed that Martial had “conned” United fans into believing that he was a good Centre Forward. His highlight for the 2019-20 season came in an incredible performance against Manchester City at the Etihad. Solskjaer trusted him to lead the line and he repaid his manager’s faith by winning a penalty and constantly bullying the City backline. Sadly, he failed to build on his performance as a ruptured knee ligament forced him out for the rest of the season.

Arrival of Ronaldo and what lies ahead for the Frenchman

At the beginning of the season, Martial was tipped to return to action and challenge Cavani for the Number 9 position. But with the shock arrival of Cristiano Ronaldo, Martial has fallen down the pecking order at United. With Cavani and Ronaldo emerging as the obvious first choice strikers, Martial found it difficult to dislodge Marcus Rashford from the left-wing. Furthermore, the arrival of Jadon Sancho from Borussia Dortmund also had a negative impact on the Frenchman.

The sacking of Solksjaer and the appointment of Ralf Rangnick as interim manager offered a clean slate for all the players who were looking to break into the United team. But the German’s inclusion of Anthony Elanga, the young Swede on the bench ahead of the Frenchman led to Martial being excluded from the Matchday Squad, even when he was fully fit.

Anthony Martial’s rollercoaster journey at United seems to be coming to an end after his agent claimed that the Frenchman will look to leave the club in January. A player who arrived with massive expectations, even drawing comparisons to a certain Thierry Henry has failed to fulfill his potential at the Theatre of Dreams. Although injuries have not helped his cause, still the Frenchman has failed to cement his position in the starting eleven when there was competition within the squad. When we look back at his time at United, there were glimpses of the immense talent that the French wonderkid possessed, but consistency is something that Martial failed to maintain. Wherever he goes, the United faithful will always look back at his time at United and wonder how a boy of such quality failed to light up the Theatre of Dreams!!

Arsenal have a spot in Carabao Cup Semis begging to be taken – as Sunderland need a big away day
Tottenham Hotspur vs West Ham United: Match Preview | Carabao Cup 2021/22
To Top