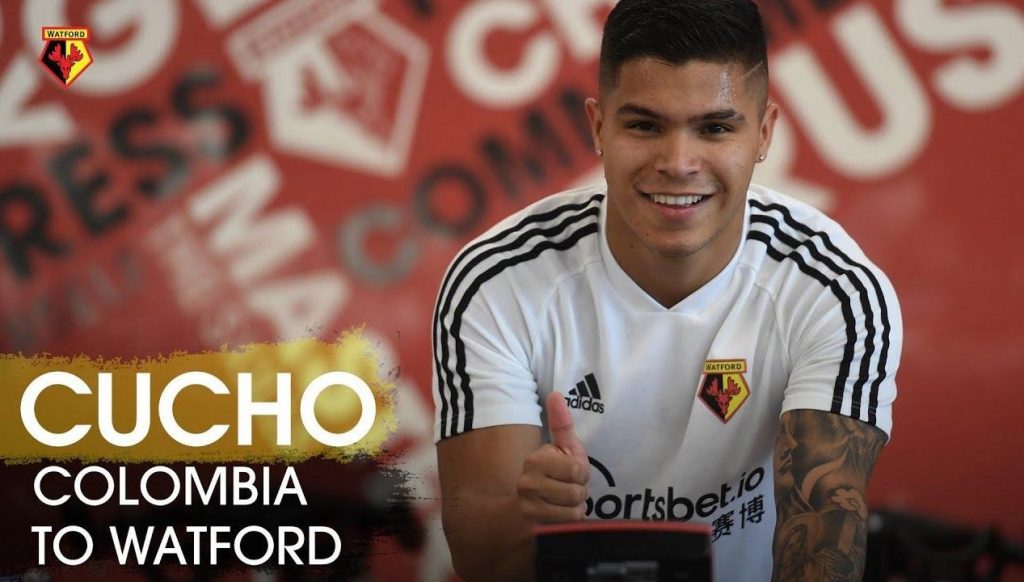 Cucho Hernandez signed with Watford back in 2017, after a wonderful season in Columbia at América de Cali on loan from Spanish team Granada. He was sent back out on loan to Segunda División side SD Huesca where he had his one year loan extended to another year.

In his first season, he scored a total of 16 goals helping his side reach promotion into the La Liga. He scored four goals at the club next season, including strikes against Real Madrid and Barcelona.

Hernandez signed a new contract with Watford at the start of this season in August 2019 and joined Real Mallorca on a season long loan but an injury restricted him to two goals and only 12 appearances this season.

Cucho Hernandez has hinted that he will play for Watford in the Premier League next season.

In an interview with Torque Sports, the Columbian confirmed that he will return to Watford next season, “They have given me incredible confidence. I recently had the opportunity to renew and when you do it is because they want a project with you”.

“They have let me know that they intend to count on me for next year. I’m not confirming anything, but there is that interest and that possibility of being there. I am very grateful and after several years belonging to Watford it is time to wear his shirt. Now I am in Mallorca, the injury cut everything and prevented me from seeing options. Mallorca was always there despite the operation“

He thanked Mallorca for hiring him despite his injuries, saying “There was Espanyol, Betis, Valladolid … But after the injury almost everything fell and the only one left was Mallorca. Anyone does not do that, rarely in the First Division an injured player is hired and I am very grateful for that.”

The youngster has mainly plays as a striker but his pace and ability to dribble past players with ease makes him a perfect winger. He is a rapid attacker who is physically strong and can stretch defenses with his pace. He has plenty of experience playing out on loan in Spain and Columbia and has the potential to succeed in the Premier League. The regular playtime he got while out on loan helped him sharpen his prolific striking skills and propelled him towards a bright future.

He played in Columbia’s U-20 team on various occasions and scored a hat-trick in the U-20 World Cup last year and also impressed in his senior team debut scoring twice against Costa Rica in November last year.

The Columbian has a promising future and Watford will be looking at him as an important part of their team, someone who will help them achieve their ambitions in the coming years.