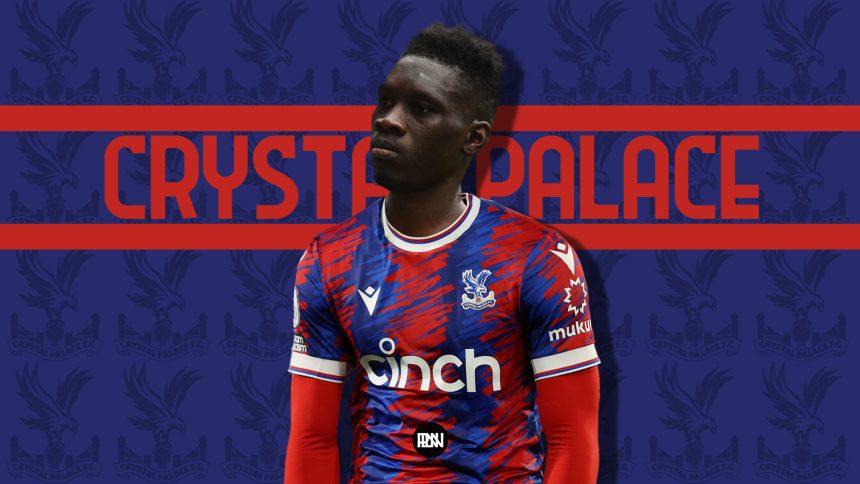 Crystal Palace are interested in Watford’s Ismaila Sarr and are currently working on a deal to bring the 24-year-old to Selhurst Park this summer, according to The Athletic.

Negotiations are believed to be ongoing between the player’s representatives and Palace officials, however, the South London outfit have not yet placed any bids for the forward and there are no agreements in place.

Patrick Vieira is believed to be a huge admirer of the Senegalese winger and is reportedly very keen to bring him to Selhurst Park. Other Premier League clubs are said to be monitoring Sarr, with Leeds United and Newcastle United also reportedly in the frame for his signature.

Palace are on the hunt for another forward after the departure of Christian Benteke to DC United. The Watford star has been scouted extensively by club management and recruitment staff, and ideally fits the recruitment model that Vieira has tremendously undergone at the Eagles.

What would Sarr bring to Selhurst Park?

Marcus Rashford, Riyad Mahrez, Bukayo Saka, Son Heung-Min, Raheem Sterling & Mohamed Salah are the best examples of wide forwards who are tended to play on their opposite wing – on the opposite side to their strongest foot – cutting in, which provides a direct threat to the goal rather than going directly on the outside to cross

However, Sarr is both an unusual and unique outlet in that he is a right-footed winger who plays on the right flank, though his game runs much deeper than just running towards the byline and putting crosses into the box for his teammates. When running towards the goal to shrewdly beat the opponent he uses his huge and long strides coupled with his well-favored pace.

With Jordan Ayew on the wane, and struggling to bring consistent goals and assists from the right flank for Vieira, the pursuit of Sarr makes perfect sense as the Senegalese international represents a stark upgrade on his African counterpart.

Blessed with incredible speed, acceleration, directness, and a unique blend of trickery, Sarr would make a fine candidate to further compliment Patrick Vieira’s exciting and promising attack in South London.

Ebere Eze, Wilfried Zaha, Michael Olise, Odsonne Edouard, Malcolm Ebiowei all represent a welcome refreshment for the Palace faithful as they possess an attack that is well placed for future success, and Sarr will only add the icing on the cake for the Eagles to impress this season, and probably record a top half finish come to the end of the campaign.

Previously dubbed “unbelievable” by former teammate and Watford legend Troy Deeney, in 22 Premier League appearances last season for Watford, the Senegalese star registered five goals and two assists, however, he has started this Championship campaign on fire for Rob Edward’s side.

In three appearances for the Hornets, he’s recorded a goal and an assist, the goal an outstanding and audacious lob from inside his half in a 1-1 draw with West Brom earlier this month. It was a goal truly representing the kind of player Sarr is. He is well capable of the extraordinary, even though at certain points he lacks consistency.

Ismaila Sarr, that is outrageous.

However, considering the wealth of attacking talents potentially beside him at Crystal Palace, that lack of consistency shouldn’t be a problem any longer. At times, Sarr would be relied upon to conjure up some magic on his own to inspire Watford – as seen through that wonderfully taken goal against the Baggies – but under Vieira, he will now have quality around him to work with and thrive off.

Sarr’s main threat comes through the counterattack, and Vieira’s gameplan at Crystal Palace has evolved so much so that as well as keeping the ball well, Palace can also swiftly and effectively counter at pace when they need to (check out Wilfried Zaha’s goal against Liverpool at Anfield if you need an indication), and the Senegalese star is a perfect outlet in various transitional scenarios because he can carry the ball at pace and glance up between touches to build up a picture of what is around him.

When Crystal Palace face unrelenting pressure out of possession, especially against the big sides, with the qualities of Sarr, they could possess a weapon capable of relieving them of it, whether by running up the pitch or even attracting fouls.

Last season he created five big chances despite only registering two assists, suggesting that if these chances had been created for someone of Zaha or Edouard’s ilk, his stats would certainly look much more impressive.

Also, Vieira wouldn’t just be signing Ismaila Sarr for his qualities in the attack. The Palace manager strongly requires hard work from the whole team, especially those in attack, tasked with pressing from the front and providing the energy, application, and hard work for the rest of the team to feed off. Sarr represents the perfect candidate to ignite that fire, outlined in his 4.7 total duels won per 90 last term in the Premier League, and his impressive 55% ground duels won so far this season in the Championship.

According to FBRef over the last year, he ranks in the top 21% of wingers/attacking midfielders in Europe’s top five leagues for pressures in the attacking third per 90, highlighting that he is a tremendously hard worker, and grafter out of possession.

The 24-year-old deserves another shot at the English top flight, and under the colours of Crystal Palace, he can become a consistent and household name in the Barclays Premier League for years to come. This is his time to finally hit the heights fans know he can reach. A tremendous acquisition if Palace can get it done. 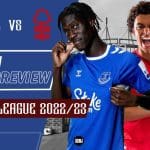 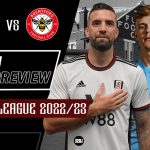