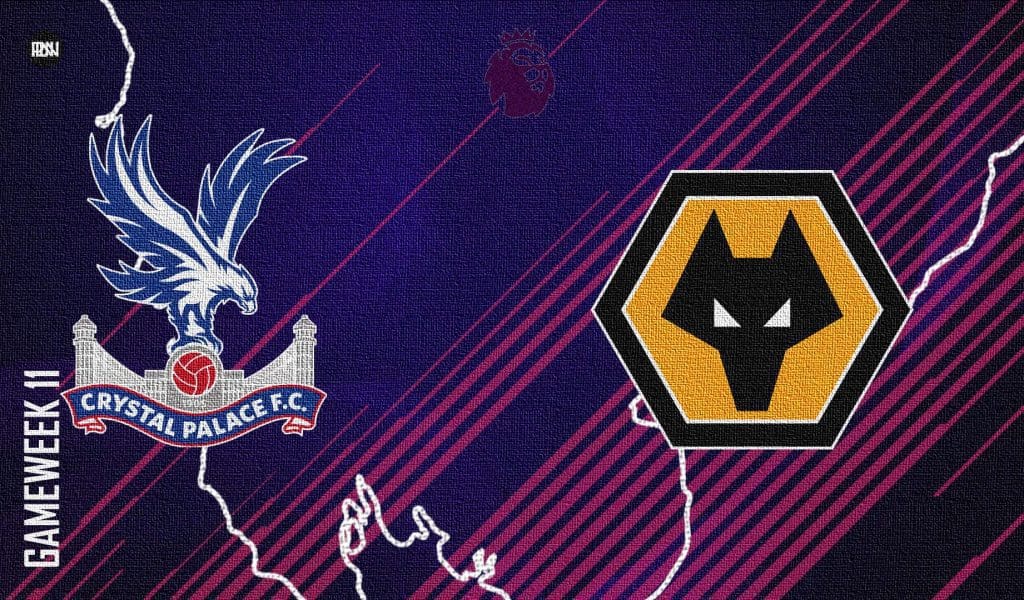 After some entertaining round of fixtures last week and some mid-week continental games, Premier League fans should be delighted to watch their club play this week. This will also be applicable for Crystal Palace faithful as they head into their fixture against Wolves with a victory against the champions Manchester City.

Since appointing Patrick Vieria as their manager, Palace have grown in terms of their ranking and football style. The Eagles shocked Pep Guardiola’s side last week by defeating them 2-0 away and they will be expecting for a similar outing when they line up against Wolves.

Wolverhampton Wanderers this season have bagged some important points and most of their results have gone under the radar this year, they stand 7th in the table as we head into this match week. By beating Everton on a thin margin last week, Wolves will look to continue getting 3s and improve their chances of playing European football next season.

A relief for the fans but maybe a selection headache for the manager is the news that Palace star Eberechi Eze is deemed to be fit to play against Wolves. Eze also appeared for Palace’s u23 side and looked good on the right flank, hence it remains to see if Vieria gives him a green light to start the game.

Nathan Ferguson is still recovering and is a couple of weeks away from full training. The rest of the players’ fitness remains the same as the last week. We could see an unchanged XI except maybe Michael Olise starting due to his brilliant performance at the City of Manchester Stadium.

The absence of Marcal (calf) could hamper Wolves’ quality in the wings while Jonny, Mosquera, and Neto still remain long-term absentees for Bruno Lage’s side.

Ait Nouri impressed with his performance against Everton and was the creator of the winning goal. This could make Lage want to start him against Palace.

After struggling with clinical finishing at the beginning of the season, Lage has found Hee-Chan as his answer to the problems. South Korean will enjoy a starting position for the greater aim of forming a reliable trio with Jimenez and Trincao.

Coming into the match, both teams are in rich veins of form and the spectators could see an entertaining battle for the 3 points.

Home team Palace are expected to rely on similar tactics they used against Manchester City with some minor changes. Majority of their attacks begin left but with strings of good passes and tidy possession, same attack develops and materializes from the right. In defence, Ward has been playing slightly closer to the box, performing as a quarterback. While Mitchell makes the overlapping runs and switch of plays from left.

Vieria’s side still maintains the shape of a traditional 4-3-3 as McArthur acts as an anchor in the midfield containing Kouyate and Gallagher. Speaking of Kouyate, this season he has matured a lot in his positioning and decision making, it has resulted in some good passing for Crystal Palace this season. Gallagher has been the shining light of this midfield; he enjoys his free role under Vieria and it has resulted in multiple goal-scoring opportunities for the Palace.

In the front 3, Zaha has been the most important feature for Crystal Palace as the winger constantly keeps trying to press and win the ball in the attacking half. His organized rotation with Edouard on the striker has confused the opposition defenders several times this season, Aymeric Laporte’s error being a perfect example of Zaha’s work rate and off-ball intelligence.

Wolves have found their winning ways and will hope to howl in the Park. Lage prefers 3 at the back system just like the old boss. The thing that makes this side of Wolves is their passing style. Apart from the first two-game weeks, the Wolves have shown their will to create chances from a slow-paced game. With their newfound rhythm, Wolverhampton are able to enjoy more balls and overcrowd the attacking half with their men. Without Adama in the lineup, Wolves have focused on short passing and proper balance of forward and sideways passing. Although most of their goals have come from crossing actions, Wolves have also understood the way to create goals from central areas of the pitch.

Wolves are expected to lineup with wingbacks as well as wingers in the team. To tackle a 4-3-3 side, the best attempt for Bruno Lage’s men will come if they stretch the opposition’s defence. Nouri-Hwang combination on the left side is working for Wolves as witnessed in their last game against Everton. Hwang did get the ball in the net but was unfortunately ruled out for offside. He has been on top of his game, his overlapping runs and crossing abilities came to save the day for the Wolves.

Against Crysta; Palace, most of their attacks are expected to come from the right as the left side will be busy defending Zaha and Gallagher, Nelson Semedo will be expected to have more contribution in tomorrow’s game.

Zaha has been Crystal Palace’s player throughout these years and has major contribution in keeping them in the top-flight. His performance against Manchester City was extraordinary as the former United man disposed Aymeric Laporte leading to a goal while also intelligently drawing a foul which resulted in Laporte’s red card. Known for his direct style of play, he will be expected to constantly ask questions to the oppositions by keeping their wingbacks on their bay. If Zaha has a good game tomorrow, Crystal Palace’s chance for victory will touch the sky. His link-up with fellow teammates in Gallagher and Edouard will likely trouble Coady & Co. for tomorrow’s fixture.

Bruno Lage must be thanking his fortune gods for giving him a player like Raul in his squad. Mexican faced a long time on the injury table but, since returning he has already contributed 4 goals. His header against Everton won them all three points which indicated to us that Raul has not lost his predatory instincts inside the box despite spending a year on the injury table. This game is expected to be more direct and fast-paced for the majority of its part, hence Raul will likely receive multiple opportunities to find the net. Raul must be looking to add to his scoring run by adding his name on the scoresheet. Also, his chemistry with Hwang has been good in the later minutes of the game. His strength will be a key part of his performance for tomorrow’s game as he faced strong centrebacks in Guehi and Andersen. With 2.33 aerial duels won p90, this game is likely going to be in favour of Raul’s strength.