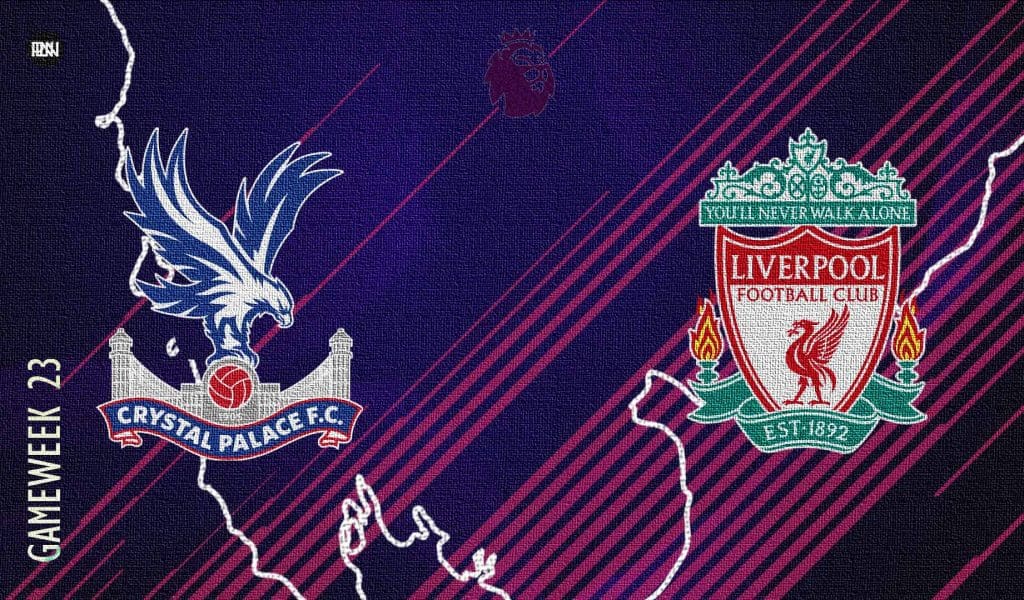 Jurgen Klopp’s have shown it clear that they mean business. Since their star forwards have gone to play in the AFCON, Liverpool have not lost a single game. But at the same time, they know that they cannot slip up now if they want to really challenge Manchester City for the title.

After Manchester City’s latest draw at the St. Mary’s, Klopp and co are ever so passionate to take on the fight and challenge the Cityzens. When they visit the South of London on Sunday, they are going to face a Crystal Palace side going places under the new coach Patrick Vieira. However inspired they might be, the Eagles know the task they have up a hand.

The Place trio – Zaha, Ayew and Kouyate still out and busy in the AFCON. However, their is a glimpse of hope for Vieira that Ayew might be available seeing Ghana’s early elimination. Although, there has not been much of change since their last game against Brighton. As Olise is set to make another start up front, above Benteke. Who is just hopeful that he might get a runout against his former side.

For Liverpool, there has not been enough changes since their victory at the Emirates. Thiago, Origi, Phillips and Elliott all remain out due to injuries- the latter however has been back in the official first-team training.

Although, there has not been much development on Oxlade Chamberlain’s ankle injury. Kopites are optimistic that the in-form midfielder might return to a speedy recovery.

The Reds look to add to Palace’s defensive woes

Crystal Palace are one of the few sides in the English top division, who boasts a poor defensive record. Just 5 clean sheets, and conceding 31 goals in total, already this season. It is horrible if you look at it from the Premier League’s perspective. Liverpool have already added 3 goals to the 31, back in September when the two sides locked horns at Anfield. It was a walk in the park for the mighty reds. Although Liverpool won 3 goals to nil, it does not reflect the domination they had throughout the 90 minutes of the game. Another performance like that, and the victory will be within touching distance.

Although, the absence of Salah and Mane is still bugging some of the fans. Since the pair left, the Reds have played 4 and won 3, drawing 1. They have scored 9 goals in the process and have kept a clean sheet in 3. It is as if they never missed their two of the stars, upfront. Klopp has been clear that he is not worried about his defence, with the availability of Van Dijk. Whereas, in the recent games they have looked threatening on the break upfront. The flare they had been missing in midfield for sometime has been filled by Curtis Jones.

If you are a Liverpudlian you must have enjoyed the quality of football showcased by the players in the last two games. They have got that perfect rhythm to their playing style. There has not been any major changes in the line-ups, apart from Salah and Mane’s exclusion. But from the tactical side of things, it looks as if Pep Lijnders and Klopp have worked a lot to bring a noticeable change.

On the other hand, Klopp is wary of the threat that The Eagles can pose, in a game like this. They have got pace upfront. With the likes of Zaha, Conor Gallagher (on loan from Chelsea), Eze, Edouard, palace have given glimpses of fast-paced football. Vieira knows the underlining factor of his team, is his defence. So, it is evident that he will look to go all defensive on Sunday when his side will face the mighty reds. He might also look to add another man in the backline if it is needed so.

Palace have looked to attack on counters. And they have done that very well so. Against a side like Liverpool, who play a high defence, they will be looking to use the high ball behind the backline to release some of their pacy attackers. A potential threat in the air, this Palace side have got players who are as deadly in the air as they are on the counters.

So without even hint of any doubts, the Palace faithful will be hoping that their players stick to the basics and infiltrate Klopp’s men to an upset at the Selhurst Park.

The fans have slowly and surely started making peace with the absence of Salah & Mane. And why not?! When your striker is in form like Diogo Jota is currently, you have to just admire what he is doing. Bagging goals, week in- week out. Leaving defenders in the wake. It has already been halfway in the season, and he looks as if he is just starting. Re-energized, for the rest of the season. No wonder the Liverpool faithful have made a chant for their in-form Portuguese striker.

After Jota’s brace against the gunners, that saw Liverpool reach the final of the EFL Cup. Fans took to the Emirates away stand, and treated the striker with the all-new chant dedicated to their in-form man upfront.

Jurgen Klopp will be rest assured hoping for another amazing performance from Jota, alongside the Brazilian magician Bobby Firmino. The two up front have looked menacing. And if they can play at the same level on Sunday, then Palace are inevitably under trouble.

How often does it happen that you have bought a youngster on loan for a season, and he is turning out to be a sensation?! Conor Gallagher has been that kind of a boon to this Palace outfit. He has this class every time he has the ball at his feet. Peter Drury, the poet of English football commentary, called Gallagher “a star in the making”.  Though, he is just 21. Gallagher has already matured like a senior player. With all-round abilities- Pace, vision, dribbling, tackling, pressing, positioning and much more- he is already making his mark in the top tier English football.

Patrick Vieira and Place fans will surely miss the fan after he returns to the Bridge, in the summer. However, they are in for treat until then. And they will be hoping for the same on Sunday, as they get ready to hold of the menacing Reds.