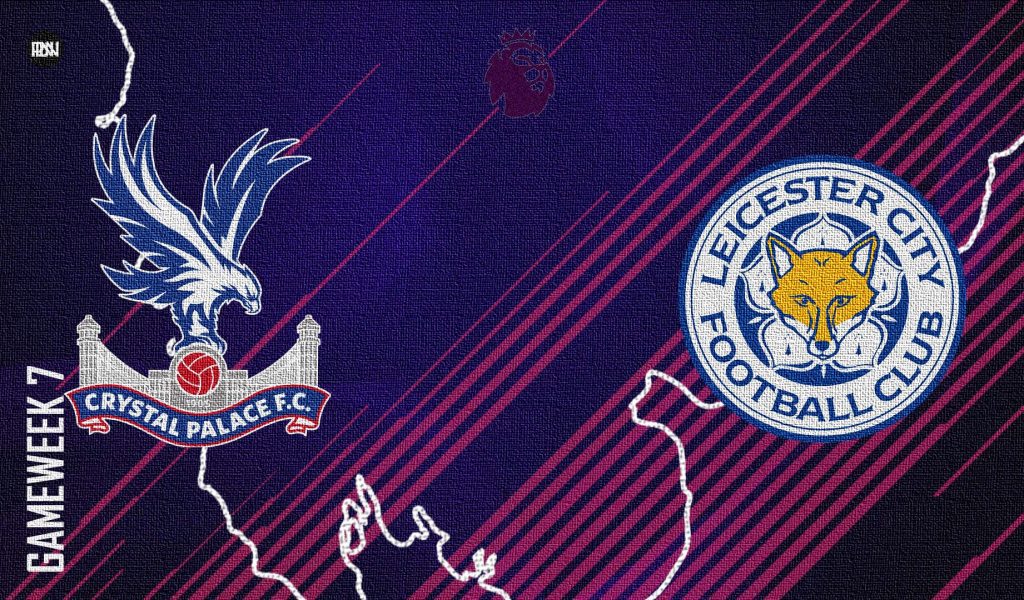 Patrick Vieira has worked wonders at Selhurst Park since he took over the reigns from Roy Hodgson, Crystal Palace went from a scrappy side in the summer to one of the most exciting clubs in the Premier League – not only with regards to the way they play but also with the personnel at their disposal. Bringing in the budding talents from around Europe and pushing them to play an attractive way of football in the final third with a French striker upfront, Patrick has certainly learned alot from Arsene Wenger and if that is to go about how successful Palace might become – The Eagles are in for a treat.

The Croydon based side might not have had the best of the start to the season, but they are playing football appealing to the eyes and one which will improve masses when certain creative outlets return from the sidelines. The three-points against Tottenham Hotspur is the highlight reel of how Palace can perform on their day, and possibly week-in-week-out.

Crystal Palace host a struggling Leicester City come the weekend and with the pressure mounting on Brendan Rodgers, Vieira would love to add his spice to that. Its been a difficult start to the season for the Foxes as the King Power owned club have struggled to find the right balance between the offensive and defensive outputs which outdraw in their expected goals and expected against – both of the metrics are pretty high which manifests how they may play on the front foot scoring in abundance as well as lack of mettle in their defence where they’ve looked far from decent. The injuries have not helped Leicester though, losing Wesley Fofona at the dawn of the season was a cartilaginous blow to their backline. Leicester City did bring in Jannik Vestergaard to cover for the depletion that Wesley left, yet the Dane has looked sketchy at the heart of Leicester’s defence. It’s not only Jannik though, there are multiple underlying gremlins that Rodgers need to look upon and with the voice mounting from the outside, Jamie Vardy & Co. need to start delivering the goods soon.

It won’t be a cake walk for Leicester City though, Selhurst Park at it’s falsetto best is difficult to stand – ask Nuno about this, his team groveled from the get go and by the end of it had lost not only the match but also their lead defensive paring. That was followed by the identical scenario against Brighton the other day, the Seagulls found it difficult to get going and only drew the game in the final play before the whistle where Palace switched of a bit. And Leicester will be on the end of something similar on Sunday when Patrick Vieira’s side controls the crowd with their oohs and aahs.

Patrick Vieira will remain without the services of Ebrechi Eze and Nathan Ferguson, as in an injury boost Jeffrey Schlupp made his return from the bench against Brighton. Odsonne Edouard started upfront for the Eagles, and that is expected to continue as the Frenchman provides different dynamics for Palace’s midfield with his movements in between the defenders especially in and around the penalty area. No disrespect to Christian Benteke, Edouard just fits into how Crystal Palace want to go about themselves more than the clinicality in-front of goal.

The injury to the roaster has forced Brendan Rodgers to adapt and improvise, as stated above, it starts with Wesley Fofona who was a cherished option at the back last season which is followed by consistent fitness concerns of Jonny Evans. The English-man is expected to undergo a late fitness test as regards to his availability at Selhurst Park at the weekend. James Justin and Nampalys Mendy will continue to serve the sidelines owing to knee and groin injury respectively. Kelechi Iheanacho will be fresh and raring to go after missing out on the Europa League trip to Poland owing to due to a documentation issue. While a mid-week rest to Wilfred Ndidi will do wonders for Leicester as their engine is suspended in European tie against Legia Warsaw after being sent off against Napoli.

Can Palace capitalize on rugged defence?

Wilfred Ndidi is a power house in this Leicester’ side, he not only brings up the goods on possession but also is a keen presence without the ball. His numbers in front of the defence shows his significance as a substance in the Foxes’ midfield. But that is where the problem starts; the overdependence on the twenty-four-year-old means everytime he gets exposed in the middle of the part, the opponents can walk in on the defence pretty effortlessly. The arrival of Jannik Vestergaard was expected to be a boon in Leicester’s defence considering his exhibition at Southampton, yet the Dane has found it difficult to adapt to life in the East Midlands. We are yet to get a glimpse of stiff chemistry between Vestergaard and Çağlar Söyüncü, although their build and the role they have played in means it might take come time before we see the duo taking strides wearing that Leicester City badge.

With Crystal Palace, the attacking freedom that Patrick Vieira brought with him in the final third indicates that the likes of Wilfried Zaha and Odssane Edouard will enjoy playing against depleted Leicester backline. But one supplementary concern for the visitors would be the middle of the park. the Eagles have enjoyed playing with attacking minded midfielders who not only want to progress the ball but also want to overload the final third with their presence to try and suffocate the opponents into making a mistake and boy that has worked. Tottenham and Brighton, both did suffocate and laid off mistakes to concede at critical times. The Foxes will have to come prepared to soak in the pressure without making any silly erratum under Palace’s persistence.

MUST READ: Can Odsonne Edouard be the answer to Crystal Palace’s goal-scoring issues?

Goals; where will they come from?

One of the berating that Vieira’s Palace has received has been of goal-scoring. The way they build-up, play out from the back, and play with foot on gas pedals has been exceptional but putting that ball in the net has been subject of an affair. Wilfried Zaha and Conor Gallagher have been the centre of the creative outputs in the final third while the others have alot to catch up on them. The thing here to note is the injuries; injuries to likes of Michael Olise and Ebrechi Eze means that the creative outlet has been shut. Their return will be a massive boost to the Eagles’ goal-scoring return although as of now the use of wide areas will be critical. Palace have stretched opponents wide up-top to gain personnel and space advantage to capitalize on in the middle. The full-backs have played a critical role in doing that while the midfield pivot act as bouncers when progressing the ball while base when on possession in the final third which is expected to continue come Sunday.

For Leicester, the involvement of James Maddison and Youri Tielemans proved instrumental offensively in the last campaign. With the duo finding it difficult to get their feet running and their eyes clear over spotting spaces – they will be bagging on likes of Harvey Barnes and Ricardo Pereira to deliver the goods on plate for Jamie Vardy to define strike while the iron is hot. The pace and positioning of Jamie Vardy, and Patson Daka might turn up critical on the counters – that’s where Crystal Palace conceded that Maupay goal and similar space to someone like Vardy would end up in the net at-least sixty percent of times (probably more).

Conor Gallagher is an English prodigy tipped to be one of the best in his position at the Cobham. He has been a part of the Chelsea academy since eight and with his second season in the Premier League (he played on loan at West Brom last season), we have seen more than glimpses of why the 21-year-old is highly regarded in West London. Gallagher is the man running upfield to start pressure without the ball and tracking back into deep positions to receive the ball in the first third to transit – it’s a quality very rare to find, possibly the only player who manifests such quality is Arsenal midfielder Martin Odegaard. But lets keep comparisons aside and focus on how young Conor could help the hosts when they face Leicester City at the weekend;

On possession, Gallagher is difficult to track down and mark. As stated above, he is all over the pitch in an endeavour to create space, play short passes, make dribbles inside the penalty area, and when the opportunity arises put the pass on plate for the likes of Zaha and Edouard in space. If Rodgers deploys a man-to-man marker to control Gallagher that might backfire considering how smart he is to get away from such man and this will leave Leicester’s midfield exposed (especially if Ndidi is given such duties). Leicester need to out smart the man rather than the ball and this could prove to be one of the challenges that Rodgers face come Sunday.

We talked about how essential it is for the visitors to not get dominated in the middle of the park against Palace and there comes in Youri Tielemans and how his presence might help avoiding that. Since his days with Anderlecht it was clear that the Belgian had the poise, the vision, the confidence and the awareness to be a future midfield general – that’s exactly what he us for Leicester City. Everything mentioned above compiled by his notch for being at the right place at the right time has proved influential for the Foxes. All of those qualities will be at use against Crystal Palace.

The Belgian has a high level of pressure resistance and that means if he could out-do Palace’s pressure, Leicester are man-to-man on counters in the opponents half. And does Vardy love that? – Possibly the only other thing than Red Bull he loves is to have a run behind the defences in such situations. Youri is apt on his passes as well which indicates how he can single handedly launch Leicester when he’s beaten press. But lets not talk only offence, on the defence he has proved to be of the first order alongside Ndidi. Their chemistry compiled by their abilities has helped Leicester dominate games over the past couple of years and that’s something Patrick Vieira is definitely considering on his drawing board while you read this preview.

While Crystal Palace prepare to defend their fortress against Leicester City, we at Premier League News Now are grateful to you and all our contributors as we are featured in the Top 100 Football News Websites undertaken by the panel at Feedspot. We will continue to serve the deepest of analysis to change opinions. It’s just a start.