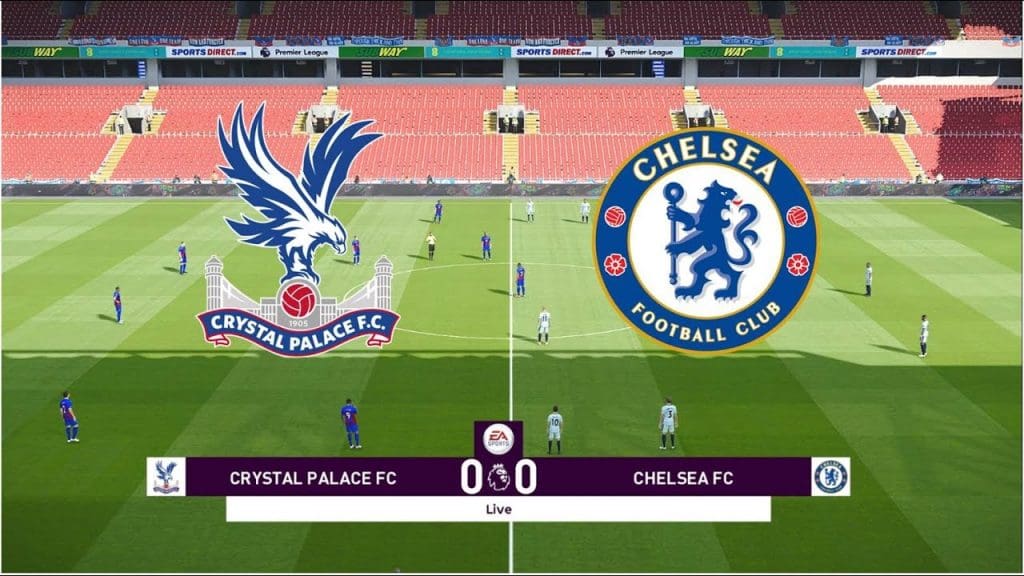 They often say that the Premier League is the most competitive in the world and it was there for everybody to witness last weekend when West Brom annihilated Chelsea at Stamford Bridge 5-2. To put this into perspective, Chelsea had not conceded 5 goals at home for a decade before this game. The Blues, however, bounced back quickly as they beat FC Porto in their Champions League quarter-final tie in midweek and will be hoping to continue this form into their game against Crystal Palace on the weekend.

Crystal Palace, on the other hand, have been having a decent season themselves as they are now only 5 points away from their points tally of last season, showing reasonable improvement under a squad that has had only a few additions last summer.

Chelsea boss Thomas Tuchel described the West Brom game last weekend as a ‘slap in the face’ and was eager to bounce back in midweek and his side delivered against Portuguese club, Porto. While Chelsea may not have had the best game, they controlled it for the most part and took their chances as they won 2-0 in what was considered as an away game although both legs will take place in Seville.

Porto made two mistakes in the entirety of the night and Chelsea punished them on both occasions. While the first one showed why Mason Mount is Chelsea’s player of the season, the second showed the determination of Ben Chilwell and his fight for that left-wingback position.

Mason Mount’s goal, however, eased Thomas Tuchel’s nerves as Chelsea who had not created a whole lot of chances until then suddenly picked up a lead through the Englishman. Jorginho’s cutting pass deceived the Porto defender marking Mount, who took the ball into this control with one of the most beautiful deft touches you will see this season, turned, had a touch, and hit a low strong shot into the right corner of the Porto keeper.

Ben Chilwell, however, went a step ahead and capitalized on the opposition wingback’s bad touch and ran away with the ball, going past the goalkeeper and slotting home to secure a comfortable away lead for the Blues. The game, however, did show Chelsea’s lack of a goal threat from their forwards, mainly in Werner and Kai Havertz, who were taken off at the hour mark due to their disappointing performances.

Jorginho however, took the man of the match award home for his stupendous midfield performance alongside the tireless Mateo Kovacic. While Kante was not fit for the West Brom game on the weekend, he came on as a substitute against Porto and looked fit again and will surely be one half of the midfield pivot that is fielded against Palace on the weekend.

At the back, Thiago Silva dropped in midweek, will be out for the game against Palace due to his red card against West Brom last Saturday. Additionally, even though Ben Chilwell was impressive against Porto, Marcos Alonso might come into the starting XI as Chelsea face a daunting 2nd leg against Porto next week.

Chelsea dropped to 5th place in the table after West Ham’s victory last weekend and Thomas Tuchel will be hoping to win the game against Palace on the weekend and go back into the Top 4 before West Ham goes toe to toe against Leicester City on Sunday afternoon.

Crystal Palace, albeit having scored more goals already than last season have also, however, almost equaled (48) the number of goals they conceded last term (50). The Eagles certainly will not want to level that record against Chelsea on Saturday evening and Roy Hodgson must have a plan up his sleeve for this game.

Hodgson must have seen Chelsea’s game against West Brom last weekend and marked down the Blues’ vulnerabilities. With Christian Benteke and Wilfried Zaha, Palace have the combination to hurt Chelsea on the weekend.

Chelsea, although very solid under Tuchel’s reign are susceptible to balls headed behind their defence, a tactic West Brom applied effectively against the Blues as their forward in Diagne would come short and head the ball over the Chelsea defenders and the Baggies wingers would be on to them in a flash.

With Benteke a huge aerial presence, Zaha can capitalize similarly on the balls put through by the burly forward and cause Chelsea several problems. Palace have relied heavily on the pair this term as the duo has contributed to more than 50% of the Eagles’ goals.

Moreover, Hodgson would be severely impressed with his side’s performance from last weekend as they held Everton to a 1-1 draw and came out with 6 shots on target to Everton’s 7 and a 53% possession of the ball. While Palace may not be able to replicate the lion’s share of possession against Chelsea, they can certainly give Edouard Mendy a lot of shots to save with their quality on the ball.

Players like Eberchi Eze and Luka Milivojevic have also impressed this season as they have helped move the ball around more swiftly in the middle of the park and they will be looking to cause Chelsea problems again as they did so against Everton last weekend.

Roy Hodgson’s future at the club for next season is uncertain and he would love nothing more than to break his own points record at Palace (49) since his arrival in 2017 and the weekend could be a huge step towards that.