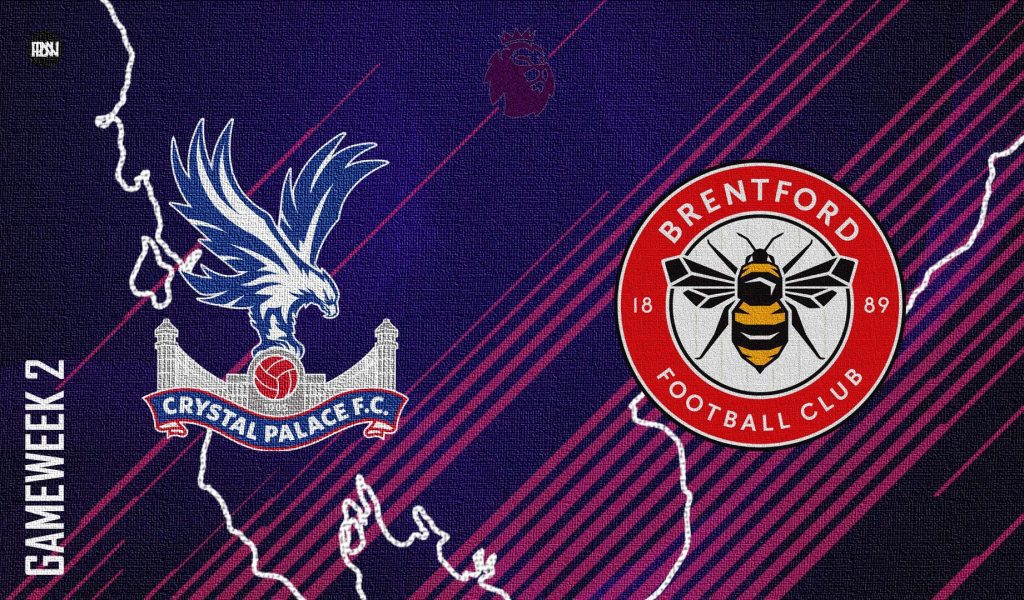 Crystal Palace under the leadership of their new manager Patrick Vieira had an unsuccessful outing against Chelsea, something he was not used to as a player. Palace despite their busy transfer window and some brave recruitment approach failed to register a win against a far superior Chelsea. On the other side of London, newcomers Brentford ran riots in their 2-0 win against Arsenal. One of the most shocking results in the league, Brentford’s majestic display of football proved their right to be in the Premier League. Under the guidance of Thomas Frank from the touchline, Brentford only added more sorrows in the hearts of Gunners.

This game has the potential to be a fairly entertaining game from both sides as Vieira and his boys will have fans backing them through and through, while Brentford will try to pull out some magic to trouble Crystal Palace’s defence. This fixture may look easy for Palace on the calendar but, their record in London Derbies clearly states the opposite as the Eagles have failed to win a single match in their last 9 derbies. After Brentford’s displays last week against Arsenal, it’s tough to see them as underdogs going into this game. Players like Norgaard and Sergi Cano will do everything possible for the sake of their club.

Referee: Martin Atkinson
Assistants: Lee Betts and James Mainwaringwill
Fourth Official: Robert Jones
VAR: Lee Mason will be in charge of decisions directed towards the monitor. In the VAR room, he will be assisted by Simon Bennett.

The match is scheduled for Saturday, 21st August at 3:00 PM BST (UK). The venue for the match is Glazier’s home ground Selhurst Park.

Crystal Palace will be happy to have Conor Gallagher back and be eligible for the start. This means Jeffrey Schlupp will have to give up his spot for the Chelsea loanee. Joachim Andersen and Christian Benteke could be in Vieira’s sights for a starting spot as the duo has returned fit and trained well with the club. The absence of Eberechi Eze, Nathan Ferguson, Michael Olise along with Luka Milivojevic could dampen Palace’s chances to claim 3 points.

Brentford will likely go with the same team that defeated Arsenal in the previous week as Frank is not a manager who tries to fix unbroken things but, Kristoffer Ajer’s involvement will be in doubt due to the knock he took on his ankle on an opening day. Josh Dasilva and Mathias Jensen will most probably remain out of the squad but, to the Bees’ delight Pontus Janson and Ethan Pinnock are back to the bench duties once again.

Ivan Toney has cemented his place in the starting lineup, Bryan Mbeumo is expected to partner him up front despite the arrival of Yoane Wissa from Lorient.

Patrick Vieira has always preferred to shape his team with 4-3-3 formation and he has continued to use the same shape since his arrival in London. He prefers his team to build up the game from the back and carry the ball forward using one of his forwards dropping deep as an auxiliary midfielder. This role was meant to be fulfilled by Jean-Philippe Mateta who’s nimble feet allow him to dribble the ball without losing possession.

Against Chelsea, Palace’s game was predictable and Chelsea did not let Palace to enjoy the possession. Crystal Palace’s defense was looking well shaped at the beginning of the match following decent distribution from the centre-halves but Chelsea’s high press meant they had to pass the ball sooner than they planned. This caused problems in their build-up and their main striker Christian Benteke was left isolated from his teammates. Due to Chelsea’s aggressive pressure on Palace players, the defenders had to deal with a lot of attacks from Chelsea as the game progressed. The right side of the Palace’s defense is still a concern for Vieira as that could be his most weak zone in the lineup.

Coming into this match Conor Gallagher will be starting as a midfield pivot for Vieira. His ability to pick up passes are superior to that of Schlupp’s. Gallagher’s presence in midfield will help Guehi and Anderson to supply balls without any fear of misplacing a pass. Jairo Riedewald must improve on his positioning in this match as the midfielder will have multiple chances to supply a pass to the right player if he collects the ball in the right position. Brentford’s striking duo and a midfielder moving inside leave some space in the midfield and Riedewald’s ability to supply a quick powerful pass could be witnessed in such zones.

Mateta in his last match failed to provide any service to the strong forward Benteke due to the former collecting ball way sooner as Chelsea pressed Palace inside their own box. As Zaha is expected to carry the attacking responsibility in this game, McArthur should bring his best to keep the ball moving in the Eagles’ legs. It could provide Zaha to use his feet in more favorable position towards the edge of the box. A proper supply of crosses from the full-backs, cutbacks, and through balls from Zaha and McArthur should do enough for Benteke to provide a threat against Brentford.

Brentford players were attacking aggressively in the first half against Arsenal in their last match. Forward Ivan Toney had multiple touches inside Leno’s box and his ability to drop deep on the edge and drag his marker along with him opened much space for his midfielders to enter the box to overcrowd it. If Brentford goes into the game with the same approach, it will turn out to be a gamble for the Bees. Using too much penetration could make Brentford players run out of gas sooner than expected. If this happens Brentford will have to rely on counterattacks and hope for an Ivan Toney-sque finish.

The Bees are pretty good going forward as they play really nice passes into the box to find a player put it back of the net. Brentford’s forwards are expected to cause troubles for Palace’s defenders but, their midfield battle could be a deciding factor for the outcome of the match. Henry’s tendency to join front 2 to make it front 3 leaves a gap behind him which could leave Norgaard two on one against Palace’s Riedewald and MacArthur. As Brentford will try to attack from the left to break the right side of Palace’s defense, Zaha and McArthur could try exposing this very side on a counter-attack in hope of finding the net.

Palace’s No. 18 James McArthur is one of the senior-most players in the considerably young and inexperienced Crystal Palace side. McArthur will be asked to control the ball at his feet and progress it. Scotsman will be deployed as a midfield general and it will be his task to be available as a passing option every time his forwards get into compromising positions.

On the other hand, Patrick Vieira will instruct Riedeweld to keep the midfield battle in control. This means McArthur will also have to help Riedeweld to link up and act as a bridge between defense and attack. McArthur will also be needed for defensive duties if Brentford breaks into Palace’s half and provide multiple threats going forward. The pattern of play that Vieira uses depends on McArthur’s positioning. Hence, the Scotsman will have to bring his best to claim the victory on their home soil.

Same as his Scottish counterpart McArthur, Norgaard is central to Brentford’s style of play. Christian Norgaard could be seen fulfilling his defensive duties and clearing the lines for his team but he also provides threats going forward. Norgaard has the ability to make late runs in the box and he posses aerial presence as well. Already scored a goal against Arsenal, Norgaard will hope to continue contributing goals in the coming fixture.

Danish midfielder has improved leaps and bounds as compared to last season. His awareness and reading of the game has become his most important skill. He will be tasked to break up the play and avoid counterattacks from Palace. While also transitioning the game from defense to attack. Brentford fans will hope for another top-notch performance from their beloved midfielder to cement their club as a threat to all the other clubs in the league.