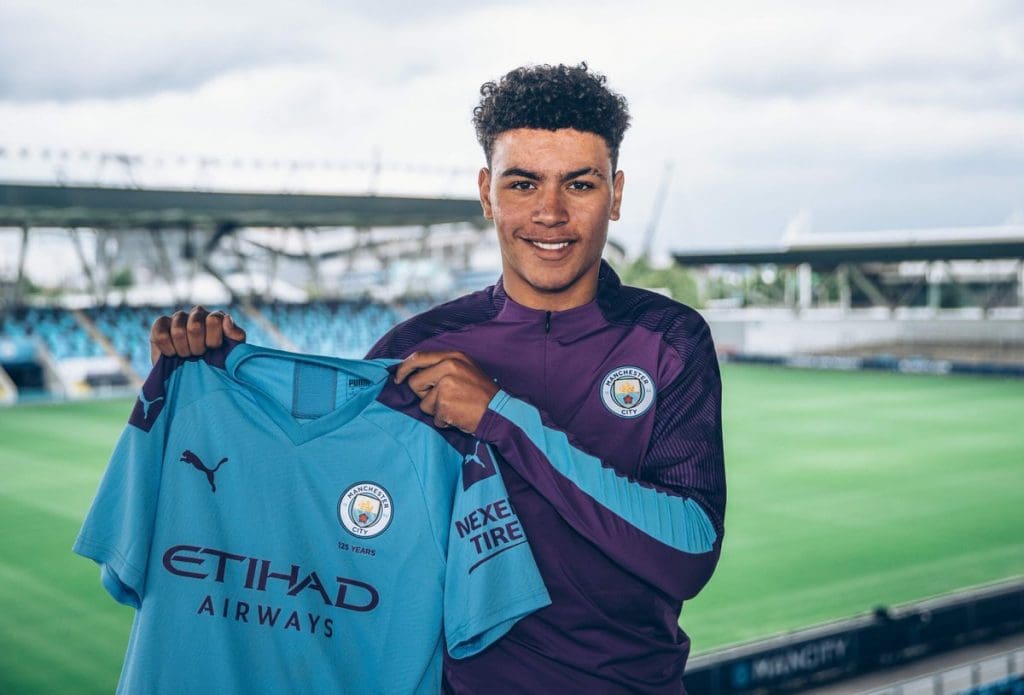 Crystal Palace released staggering 23 first-team players at the end of last season. Their new manager Patrick Vieira has a big task looming over his head to replace those players and save Crystal Palace from the relegation zone. One name Vieira looks determined to have in his squad is Manchester City’s, Morgan Rogers. Manchester City knowing the interest from Palace have set the asking price to £7 million.

Signing Morgan Rogers is a good step for Crystal Palace and Vieira as Rogers is young and will only improve with time. Former Arsenal and Manchester City midfielder Vieira could use Morgan Rogers as a deep-lying playmaker, an attacking midfielder, or even as a winger. Rogers is a good option to provide depth for first-team players like Eze and Zaha. Patrick Vieira prefers to play with a 4-3-3 formation but could change his setup with respect to opponents and thus versatile players like Morgan Rogers could be useful in such situations.

Morgan Rogers spent his time on loan at Lincoln City in League 1. Despite his short tenure with the League 1 club, he impressed by scoring 6 goals and providing 4 assists in just 25 appearances. Morgan Rogers may not instantly start for Crystal Palace but that is not their priority right now. Patrick Vieira needs a player who could step up in absence of his first-team players and Morgan Rogers fits the bill perfectly.

Crystal Palace have a mammoth of a task to fill the gaps left by released players and will look to sign young and low-priced players with immense potential for the same. Rogers has shown the signs of development and a move to a PL club at this stage of his career is the perfect opportunity to announce him on the big stage.

Morgan Rogers looks like a realistic option for Crystal Palace, Manchester City’s asking price may not be limited to £7 million and they could also ask for a sell-on clause.