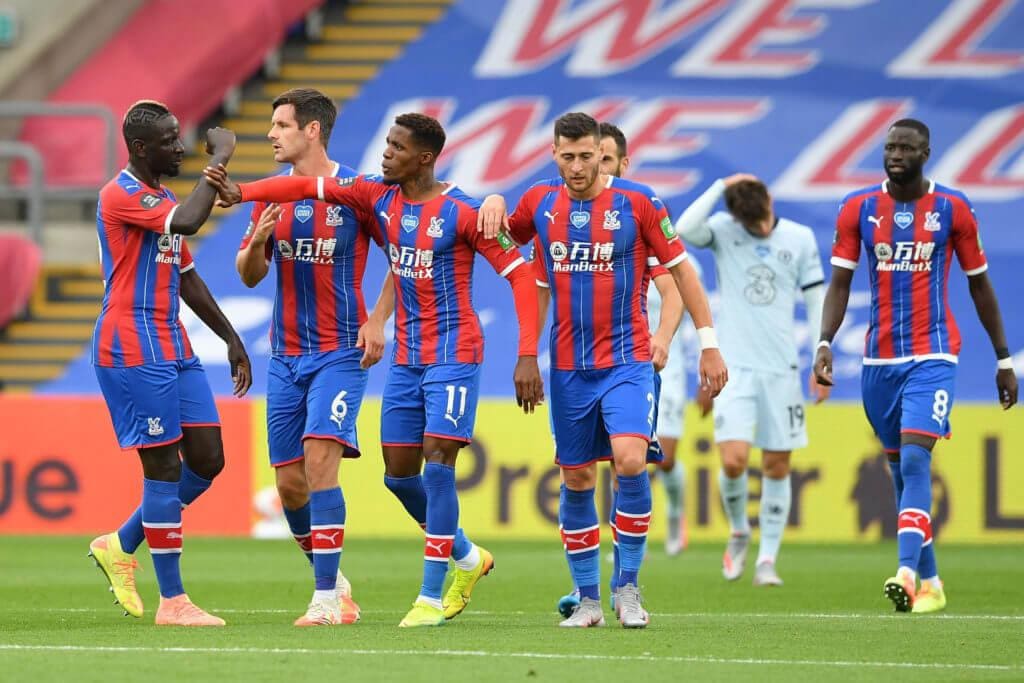 Crystal Palace host Manchester United on Thursday night at Selhurst Park, with the Red Devils in desperate need to pick up all three points.

Manchester United squandered their chance to go third after conceding an equaliser to Southampton in the 96th minute and remain in fifth. Dropping any points against Crystal Palace would mean disaster for their Champions League hopes as the race to top four looks to be headed down to the wire.

Palace have been in terrible form since the restart, and have lost five league games in row. The Eagles are currently 14th, but well clear of the relegation zone and don’t have much to play for in their remaining three games.

This is how Crystal Palace could lineup at Selhurst Park on Thursday (4-3-3):

Vicente Guaita is the obvious first choice goalkeeper for the Eagle and will start in goal on Thursday. The Spaniard has established himself as a regular under Roy Hodgson this season, making 32 appearances in the league and keeping 10 clean sheets.

Roy Hodgson will stick with the duo of Scott Dann and Mamadou Sakho at centre-back, despite their woeful performance in the loss against Aston Villa. Joel Ward will start on the right flank as usual, with Van Aanholt from the left.

Ex-Chelsea defender Gary Cahill is likely to miss the rest of the games with a hamstring injury and will not feature for the Eagles this season. Martin Kelly is now on road to recovery from his calf injury and could feature on the bench against Manchester United.

Roy Hodgson has barely made any changes in midfield throughout the season, sticking to the preferred trio of Luka Milivojevic, James McArthur and Cheikhou Kouyate in the middle of the park.

With the Premier League now allowing each club to make five substitutes each match, James McCarthy and Max Meyer have been making regular substitute appearances.

Belgian international Christian Benteke picked up a red card on Sunday against Aston Villa and will miss out on this fixture. In the absence of Benteke, Jordan Ayew is expected to start up front. This has been the Ghanian’s most productive season in the top-flight, with nine goals and one assist in 31 league games.