Amongst the notable teams last season, Patrick Vieira’s Crystal Palace produced a handful of surprising results throughout the campaign. Boasting an exciting attack and productive defence, the Eagles secured a 12th-placed finish at the end of the 21/22 campaign, with the team expected to aim for a top-half finish in the upcoming campaign. Possessing a handful of promising assets across the board, Palace provide a reliable roster of players for FPL managers looking to capitalise on the potential of a favourable fixture list for the 22/23 season.

Wilfried Zaha (£7.0m) emerges as the most expensive of the club’s assets, with a number of mid-priced midfielders and defenders following suit. Besides, midfielders Michael Olise (£5.5m) and Eberechi Eze (£5.5m) remain amongst the most exciting prospects on offer, with defenders Joachim Andersen (£4.5m) and Tyrick Mitchell (£4.5m) establishing themselves as tempting differential moving into the campaign.

The second-highest scoring FPL asset (124 pts.) within his price range last season, Andersen emerges as a tempting asset for managers looking to draft a reliable budget option in defence for the upcoming campaign. A regular name on the team sheet, the Danish international is likely to continue delivering favourable returns provided Palace secures a handful of promising results at the start of the new season.

Having registered 12 clean sheets alongside four assists last season, the centre-back proved to be a bargain for his impact on the pitch. For instance, Andersen topped the chart for passes completed into the final third of the pitch (159) whilst also ranking in the top ten for shot-creating actions (33) amongst teammates last season.

Amongst the underrated defenders within FPL, the Danish international cements himself as a tempting prospect in defence ahead of the new season. Although Palace awaits a challenging run of fixtures from the beginning of the campaign, Andersen is expected to be vital to proceedings if the team is to secure positive results next season.

Amongst the exciting youngsters moving into the season, Olise is likely to witness an increase in game-time over the course of the upcoming campaign. Although having been primarily used as a bench player last season; shown promising potential on the pitch, the 20-year-old attacking midfielder is expected to break into the first-team team this season.

Having registered two goals and six assists in 26 league appearances last season, Olise establishes himself as a notable budget option moving into the campaign. Accounting for the highest number of expected assists (0.27xA) per 90 minutes alongside ranking third for passes completed into the 18-yard-box (27) amongst teammates at the end of last season, the youngster is likely to improve his tally moving into the 22/23 campaign.

Embed from Getty Images
Palace’s most coveted FPL asset, Zaha emerges as the team’s most reliable option in attack. Having registered his highest tally of FPL points (150) last season, the winger is expected to continue being the team’s most impactful player having shown commendable application on the pitch since Vieira’s appointment as club manager.

Accounting for 14 goals and two assists at the end of the 21/22 league campaign, Zaha emerged as the team’s highest-scoring FPL asset. Besides, the Ivorian also registered the highest number of passes completed into the 18-yard-box (65) whilst ranking second for expected assists (0.16xA) per game amongst teammates last season. Moreover, Zaha ranked first for shot-creating actions (104) and topped the chart for carries into the 18-yard-box (51) amongst teammates at the end of the 21/22 campaign.

Having finished with the second-highest number of points within his price range last season, the winger is expected to continue delivering crucial goal contributions moving into the new season. Provided the Eagles display an improvement in their results, Zaha is likely to emerge as a catalyst for Palace’s upturn in form this season. 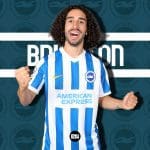 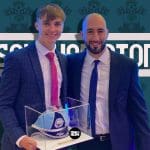