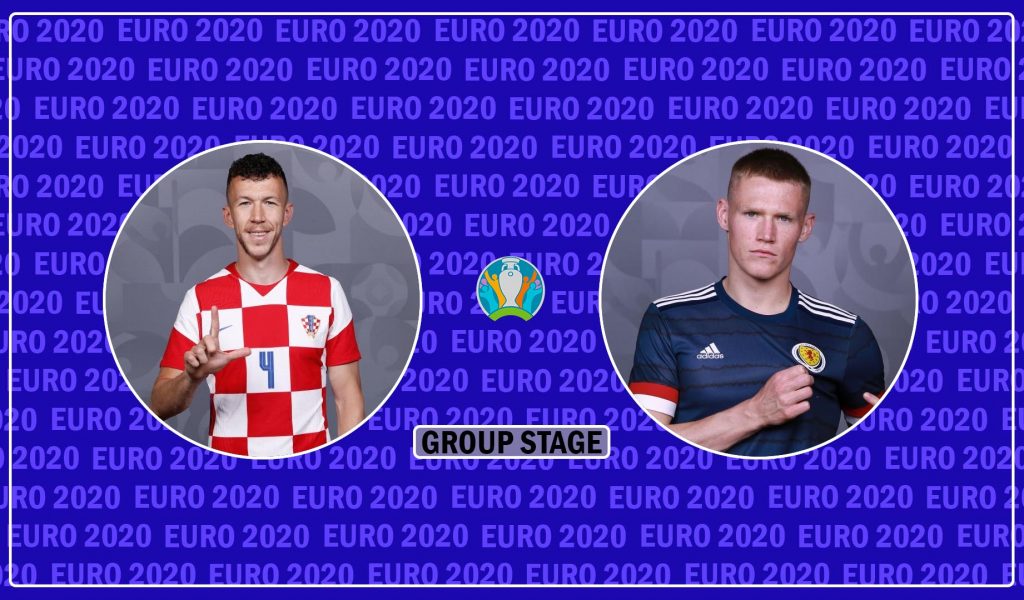 Croatia takes on Scotland at Hampden Park Stadium on Tuesday as the European Championship reaches its last round of group stage matches. Both teams are tied on one point in Group D’s bottom half and will be looking for their first win of the tournament.

Croatia got off to a shaky start in the Euros, losing 1-0 to England in the first game. The 2018 World Cup runners-up were unable to go on from that result, drawing 1-1 with the Czech Republic in their most recent match. Croatia’s Euro 2020 campaign has been a complete disaster in comparison to their World Cup campaign three years ago, as Zlatko Dalic’s men were unable to rebound from their 1-0 loss to England against the Czech Republic.

Third-placed Croatia cannot mathematically qualify as group winners, and England’s victory over the Chequered Ones at Wembley means they are out of sight, so Dalic’s side must pray for a favour from the Three Lions against the Czech Republic while attempting to sink Scotland. Croatia’s outcome against Scotland would fade into insignificance if the other Group D match ended in a draw, but there is still no better time for Dalic to halt his side’s four-game losing sequence as they attempt to qualify as one of the four best third-placed teams.

Although Scotland’s match against England on Friday night did not live up to the hype, the Tartan Army was ecstatic with their team’s performance in the English city, as a motivated Scotland kept England’s dazzling attackers from making the net ripple on the night. Steve Clarke’s side had chances of their own but were unable to break the deadlock, despite being fully deserving of their point at Wembley and having been given a new lease on life at the Euros after their opening-day setback to the Czech Republic.

However, with Scotland still waiting for their first goal of the European Championship, Clarke’s men remain at the bottom of the standings and must hope for a miracle on the last day to keep their hopes of reaching the last 16 alive. Scotland hasn’t failed to score in three consecutive competitive matches since 2004, but Clarke’s side will need to find attacking inspiration from somewhere if they are to extend their tournament run, even if the prospect of a third-place finish being enough for a knockout berth remains very much alive.

Croatia have not won any of their previous five matches with Scotland, and the two most recent meetings between the sides in 2014 World Cup qualification saw Scotland win 2-0 and 1-0.

Croatia have been without Rangers left-back Borna Barisic for the first two games of Euro 2020, and despite returning to training over the weekend, he has not been declared fit for this match.

Despite being benched for the Czech Republic tie, Marcelo Brozovic should return to the starting lineup here, according to Dalic, while Ante Rebic will be limited to a substitution appearance after charming to deceive so far.

After appearing dangerous as a substitute against the Czech Republic, Bruno Petkovic is a strong contender to lead the line, while Nikola Vlasic is also in contention to play out wide as he nears full health.

In the meantime, Scotland has been given a major setback with the news that Billy Gilmour has tested positive for coronavirus, thus Stuart Armstrong might return to the midfield trio.

Tierney was passed fit for the match against England and turned in a fantastic performance throughout the 90 minutes, so the Arsenal defender should line up in a back three with Scott McTominay and Grant Hanley once again.

Kevin Nisbet is battling for a starting spot up front as Scotland looks to snap their goal drought, although Che Adams and Lyndon Dykes could be relied on right away.