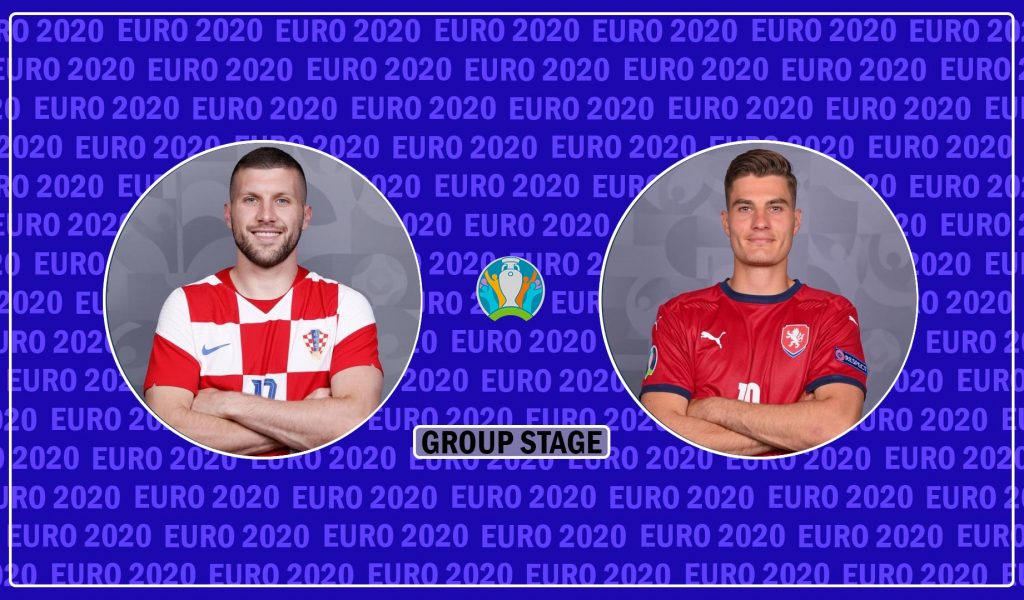 Croatia takes on the Czech Republic at Hampden Park in Glasgow in the second game week of the Euro 2020 tournament, and things are starting to heat up. The Czech Republic currently top Group D and are in the driving seat in the race for the knockout places, with Croatia in 3rd.

The Croatian lost their opening game against England by a goal to nil, and there were very few positives for the 2018 World Cup finalists to take from the game. They did not have the best starts and were dominated in the midfield, an area where the Croats are the strongest. It was telling that the winning goal from England came after an excellent move through the midfield area, and Croatia did not look the same as they did 3 years back.

However, they still have a squad that is filled to the brim with talented players in almost all positions. Coach Zlatko Dalic will no doubt have to shake a few things up, as the Czech Republic has proved in their last game that they are not to be taken lightly.

The Czech Republic were not the best team against Scotland on Monday, however, they got the job done with a 2-0 win at Hampden Park in front of a raucous Scottish crowd that fell silent as Patrick Schick hit that exceptional shot from the halfway line that looped over David Marshall and into his goal. That was the killer blow and even though Scotland gave their everything, even hitting the bar and post a few times, the Czech held on for a decisive win to take the lead in Group D.

The nerves in the Czech Republic camp will certainly be a bit calmer after that win, although the job gets tougher from here with games against Croatia and England to come. They face a Croatian side who will be desperate to bounce back and get a win to stake their claim for the knockout places. The Czech players and coach know that they cannot rest on the laurels of their last win and will have to come up with something special to beat an opponent who is arguably far superior to them. It no doubt makes for an exciting game for all fans.

Czech Republic’s goalkeeper Jiri Pavlenka has been replaced by Tomas Koubek after the former suffered an injury. The Czechs have no other injury concerns and will go into the game with a full-strength squad.

After a brace in the last game, which included that astonishing strike from the halfway line, who else but Patrik Schick to take the game to the Croats. That brace took his tally to 8 goals in the last nine starts for his country, and he is undoubtedly a man on song at the moment. Expect the Croatian defence to make things tough for the Bayer Leverkusen man, but he should be able to influence the game easily and score yet another goal for the Czech Republic.