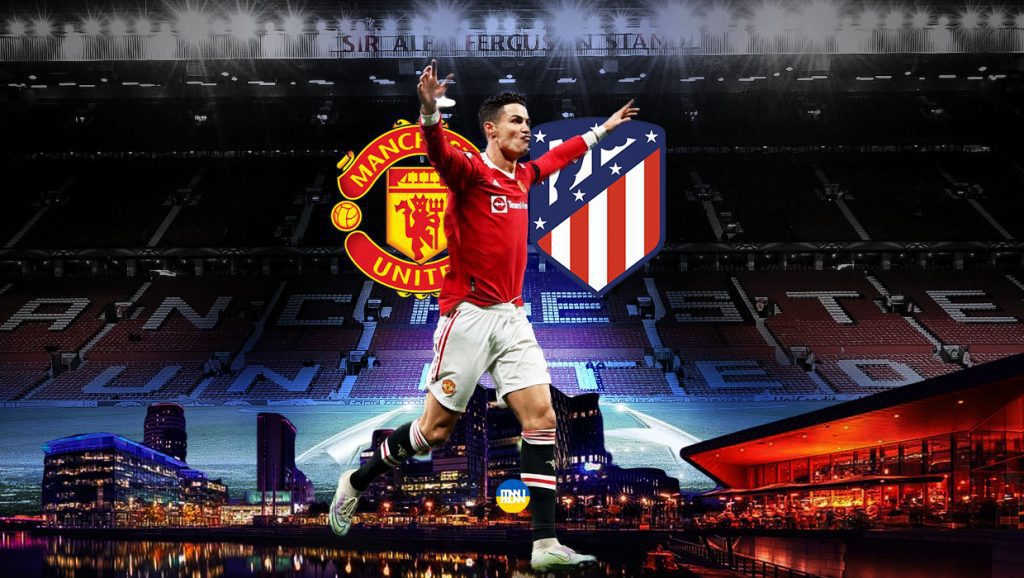 It’s Champions League week, with a few Round of 16-second legs to be played out on Tuesday and Wednesday nights. Four teams have already progressed to the quarter-finals last week, and the remaining 8 teams will battle it out for the other 4 spots. After some very exciting first legs, we now look forward to the second leg fixtures, with one particular fixture stealing the spotlight. Atletico Madrid will make the journey from Madrid to Manchester to take on Manchester United at Old Trafford. With the game locked at 1-1, it is all to play for and it is certainly one to watch.

After a brilliant hattrick against Tottenham Hotspur over the weekend, the Manchester United number 7 Cristiano Ronaldo will turn his attention towards an old and familiar foe. Ronaldo and Atletico Madrid have a long-standing history, with the two coming across many times. It would be fair to say the forward has afflicted a lot of pain and suffering on the Spanish club and its fans, with 25 goals in 40 games so far. He has alone won games for his teams against the Rojiblancos, and come Tuesday night the pair face each other once again, in a competition that is a personal favorite of the Portuguese forward.

As the game approaches ever closer, we take a look at some of the best Cristiano Ronaldo performances against Atletico Madrid

The stage was set for an exciting clash between Spanish rivals Real Madrid and Atletico Madrid. Both lineups boasted of some world-class players, and the whole world stood still as everyone watched with bated breath as Cristiano Ronaldo and Real Madrid once again tormented their cross-city rivals. The first leg of 2016/17 Champions League Semi-Finals saw Atletico Madrid make the short trip to the Santiago Bernabeu to take on Real Madrid. These two sides had met before in various different stages of this competition before, with Real coming out on top on every occasion. The two sides had met twice in the finals of the Champions League before and Real had prevailed on both occasions, denying Atletico the chance to win the coveted cup for the first time in their history.

On that faithful day of 2nd May 2017, both teams named strong lineups, and this tie was certain to go down to the wire. However, Ronaldo had different plans, making it a one-man show as he ran riot. He scored his first goal within 10 minutes of play, and then proceeded to trouble the Atletico defence. However, the Rojiblancos held strong before finally giving way in the last 20 minutes of the game, with Ronaldo on hand to secure yet another hattrick with goals in the 73rd and 86th minute, as the game ended 3-0 with Real already having one foot in the final. It was the fourth year in a row these two sides met in the latter stages of the UCL, and Real has come out on top every single time largely thanks to the superhuman abilities of Cristiano Ronaldo. That hattrick saw him become the very first to reach 50 goals in the knockout stages of the competition (52), highlighting his status as the very best.

It was a beautiful night in Madrid, as Juventus and Atletico Madrid faced off at the Wanda Metropolitano for the first leg of the 2018/19 Champions League Round of 16. It would turn out to be a horrid evening for the visitors from Turin however, with Atletico putting up a solid defensive display and taking their chances in front of the goal to get a 2-0 lead going into the second leg.  A few infamous incidents were to take place in the duration and the aftermath of this game, with Atletico fans booing and jeering Cristiano Ronaldo as he walked back to the team bus. It was then that he stated famously, “I have five Champions League titles, you guys have zero, see you in the second leg.” And the rest was, as they say, history.

Ronaldo was a man on a mission in the return leg in Turin, single-handedly turning a 2-0 deficit around, winning the game 3-0 and the tie 3-2 on aggregate. It was a historic performance from the Portuguese player many hail as the greatest of all time. It was one of Ronaldo’s best-ever performances, scoring all three goals – his 46th hattrick in club football- in the win and propelling Juventus to the quarter-finals of the 18/19 Champions League.

WATCH: A TRIPLE TREAT TO SWAY AWAY SIMEONE

The 2011/12 season was one of Ronaldo’s best season against Atletico Madrid, statistically speaking. In 2 games, the Portuguese forward had 5 goals and 2 assists, all coming in the La Liga. However, the away game at the Vicente Calderon Stadium between Real and Atletico is the one that stands out. The Los Blancos were locked in a bitter title fight with long-time rivals Barcelona, and this game was of huge importance for then Real Madrid manager Jose Mourinho and his men in their bid to win the La Liga. Real came into the 33rd game of the league with a very slim one-point lead over the Blaugrana, and a win was desperately needed.

However, Real did it in style at the Vicente Calderon, winning 4-1 thanks to Cristiano Ronaldo. The forward had a hand in every goal, scoring 3 of them himself and assisting the 4th. Ronaldo started as a left-winger in that game and linked up well with the likes of Karim Benzema, Kaka and Angel Di Maria throughout the game. He scored two more goals to complete his hattrick (yes again!), with the pick of the bunch being the first, which was a freekick from 36-yards out, wrongfooting Thibaut Courtois in goal. He ended up scoring 46 league goals that season, as Atletico once again faced the wrath of Cristiano Ronaldo in full fury.

Matchday 12 of the La Liga saw the two city rivals face-off, with Real fighting for the title in the first position while Atletico did not have the same momentum at the start of the season, falling to 6th in the table. Real travel to the Vincente Calderon Stadium with Barcelona breathing down their necks. The gap between the two was just down to two points, and Real needed a win to keep the top spot in the league.

Cometh the hour, cometh the man. Whenever he was needed, Ronaldo has stepped up to deliver time and again. The then 32-year-old opened the scoring for Real with a deflected free-kick that completely fooled goalkeeper Jan Oblak and gave Real the impetus heading into half-time. Ronaldo added to his freekick with a well-taken penalty and tapped in Gareth Bale’s inch-perfect cross. Manager Zinedine Zidane set his team up perfectly for the game, as the Los Meringues dominated the game, completely restricting and neutralizing the threat Atletico posed. It was the same story for the Rojiblancos however, with Cristiano Ronaldo proving to be unstoppable as he grabbed yet another hattrick against them. Manager Diego Simeone was left shaking his head and shrugging his shoulders at the brilliance of the Real Madrid number 7.

It was yet another huge game, and a very crucial one in the early stages of the season. It was matchday 14 of the 2012/13 season, and Jose Mourinho and his men were struggling to defend their title from rivals Barcelona and Atletico. They were in third position going into this game, eight points behind the Los Rojiblancos, and this was a must-win game to keep their hopes of the title alive.

Atletico arrived at the Santiago Bernabeu in a far more comfortable position than their rivals, with Mourinho and his men subject to constant criticism by the media and fans. It was not Real’s best performance, but Ronaldo rose to the occasion once more, leading the charge as the Los Blancos won the game 2-0 to go within five points of 2nd position and 11 of Barcelona in first. Ronaldo opened the scoring a stunning freekick goal from 35-yards out after Arda Turan handled the ball for Atletico Madrid. Real weathered Atletico’s attack again, and broke away in the second half as Ronaldo found an unmarked Mesut Ozil in the penalty area, who scored the final goal in a big win for Real. It was a gutsy performance from the men in White, but once again brought to attention the class and importance of Cristiano Ronaldo.