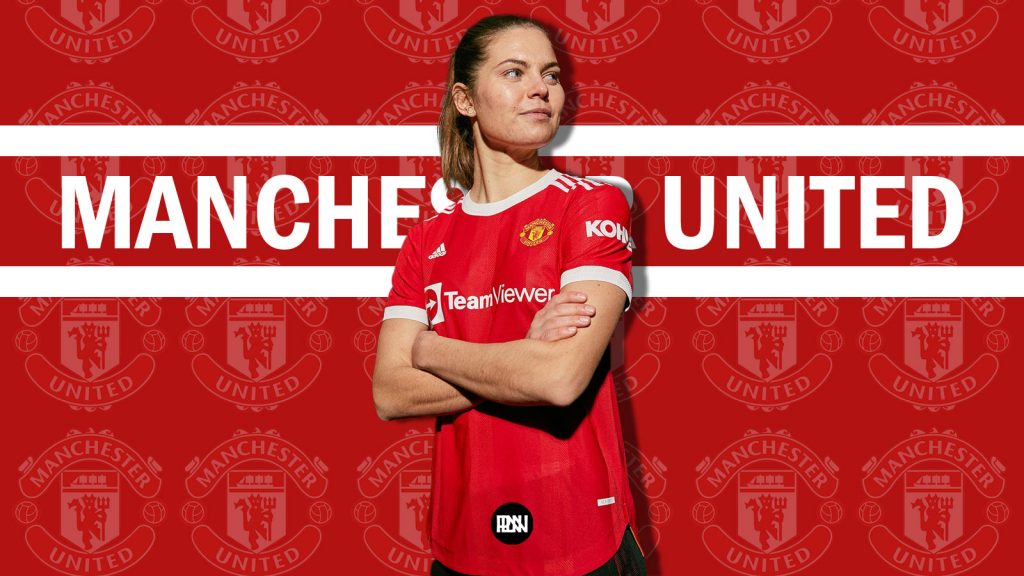 Signe Bruun has now left Manchester United and returned to Lyon following the expiry of her loan spell. However, she may not spend long in France, as rumours are flying about that she could come back to the WSL with another team outside of the Red Devils.

So, where could the 24-year-old striker end up? She had a very disappointing loan spell, playing just 192 minutes in an injury-riddled second half of her season, failing to score once. So, it’s understandable that her time at Manchester has come to an end. But after that, will the big clubs want her? Could she go outside of the top 5? Who would be willing to take a chance on her? Well, let’s take a look.

The Gunners seem like they are going to miss out on Geyse Ferriera, and with rumours linking Nikita Parris away from the club, maybe we could see Signe Bruun sign on either a permanent or a temporary basis. The Danish international would have to fight for her place in the Arsenal setup, but would still get opportunities to prove herself.

With brilliant attacking talent such as Stina Balckstenius and Beth Mead, it may do Bruun some good to be in a competitive setup with a team looking to improve over the next few years, especially if she’s going to stay for a few years. But Arsenal will be looking to push Chelsea even harder, so I’m not sure if Bruun is the right signing for that right now.

Spurs have been looking for a competent striker for a while now, and after letting go of Rachel Williams in the summer, it seems like they will get at the very least, 1 attacking option this summer. Bruun obviously hasn’t had a great sample size with Manchester United, so it could be a risk to take her on.

However, I think that the Lilywhites could do it, especially if they sign more than 1 striker this summer. Bruun has performed well with Lyon and PSG recently, and she could really be a difference maker in those games against West Ham or even to secure points against the top 3.

If Signe Bruun was to join Spurs on either a loan move or a permanent deal, I think it would work well. If they combined it with a transfer with a WSL goalscorer like Beth England or someone who has done well abroad like Clara Matéo, then it’d take some pressure off her, and allow her to perform for them.

I doubt that Signe Bruun would join Chelsea, as the club is already so filled with players that the likes of Beth England, who was Chelsea’s main player and recorded 18 goal contributions in 15 games could leave the club. Chelsea just has too much of a focus on high performance and they aren’t even focused on strikers right now.

She just came from United and so I’m ruling out a return, but I can’t see her returning to Manchester in general, as I think City’s focus will be elsewhere, as they’ve already signed Deyna Castellanos to appease any attacking woes. I could potentially see a move to West Ham, but I don’t think that Bruun would want the uncertainty that comes with them at the moment. If any others can sell a project or plan and she joins permanently it’s possible, but I highly doubt it.

Why signing Ismaila Sarr be a coup for David Moyes & West Ham
Fulham or Wolverhampton Wanderers – Where does Joao Palhinha fit best amongst both clubs?
To Top