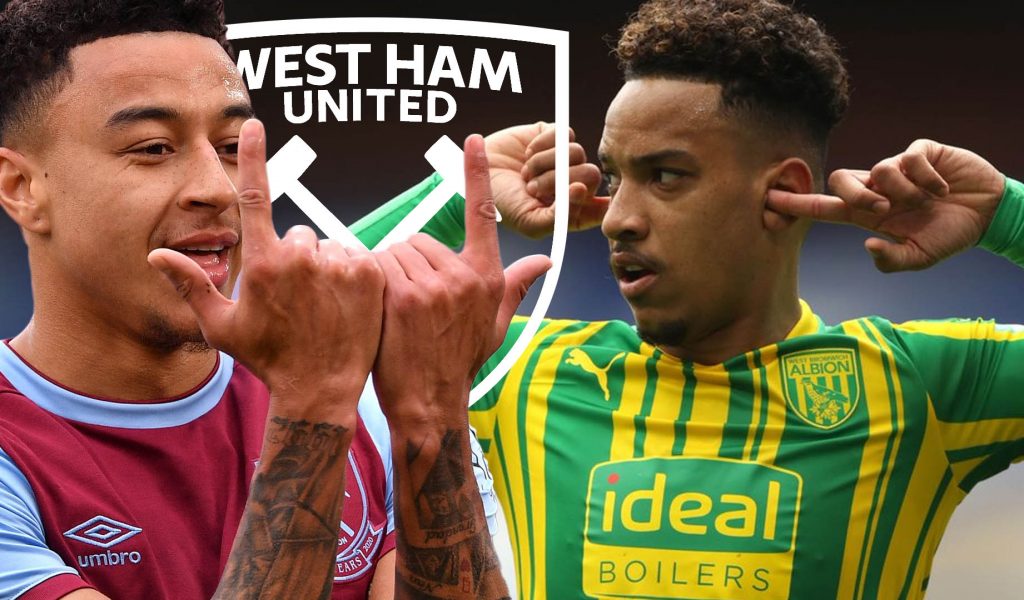 Jesse Lingard turned on the heat for West Ham United in the second part of last season.

The forgotten Manchester United star was loaned out to the East London outfit in January as an attempt to revive his career, and it is fair to say that it worked – Lingard registered nine goals and four assists in 16 appearances for West Ham.

His performances made him an instant Hammers hero and an almost talismanic figure for the club in a relatively short time, but a positive loan spell was always going to result in a return to his parent club – leaving a huge void that is to be replaced.

One of the replacements that West Ham reportedly have on their radar is Matheus Pereira. The Brazilian forward impressed for West Bromwich Albion in the last two seasons – both in the Championship and the Premier League, and he particularly impressed in the top tier last season registering a total of 11 goals and six assists.

Even though the Baggies were eventually relegated to the second tier, Pereira proved to be one of their only shining beacons of light – his best performance of the season coming against European champions Chelsea at Stamford Bridge, where he scored twice in a 5-2 win against the odds.

The Hammers’ chances of retaining Lingard permanently decreases by the hour after it was reported that the player wants to stay and fight for a place in Ole Gunnar Solskjaer’s team. As a result, David Moyes needs a replacement and there could be hardly any names more fitting than Pereira.

The 25-year-old could be on his way to the capital for a reported fee of £15 million, a deal that will cost significantly lesser than tying Lingard down permanently. Matheus Pereira’s profile is also quite similar, and could well be a better value-for-money addition considering Jesse Lingard’s age.

Matheus Pereira can play on either wing, has a wicked delivery from set-pieces and possesses technical ability in abundance, and is already used to being a talismanic figure for his team in the Premier League. In addition, he can also play in the hole directly behind the centre-forward – as Jesse Lingard played as a central attacking midfielder to try and create chances for West Ham as well as score goals by himself.

Pereira was influential in securing the Baggies’ promotion back up to the top tier as he had a noteworthy 2019/20 season where he registered eight goals and 16 assists and was one of the best players that season in the Championship. When the Hawthorns was able to host Premier League games once again, Pereira had quite the smooth transition to the excruciatingly exhausting top tier of English football – something not a lot of top players can boast of.

There have often been times this season when Pereira proved to be the only West Brom player who tried to come up with something spectacular. Even though the season ended on a harsh note confirming the Baggies’ relegation, Pereira could hold his head up high as he well and truly looks like a Premier League player – and a very good one.

Pereira is fast, creative and has a panache for flair, and would potentially offer a very similar threat in the attacking third for West Ham. Naturally, the links to the London Stadium are proving to be very exciting for Hammers who seem to have found a cheaper Lingard alternative with better numbers for a significantly worse team.

Matheus Pereira’s potential switch to East London from the West Midlands could well be one that makes more sense than trying to tie Jesse Lingard down permanently – and an exciting one to say the very least about it.