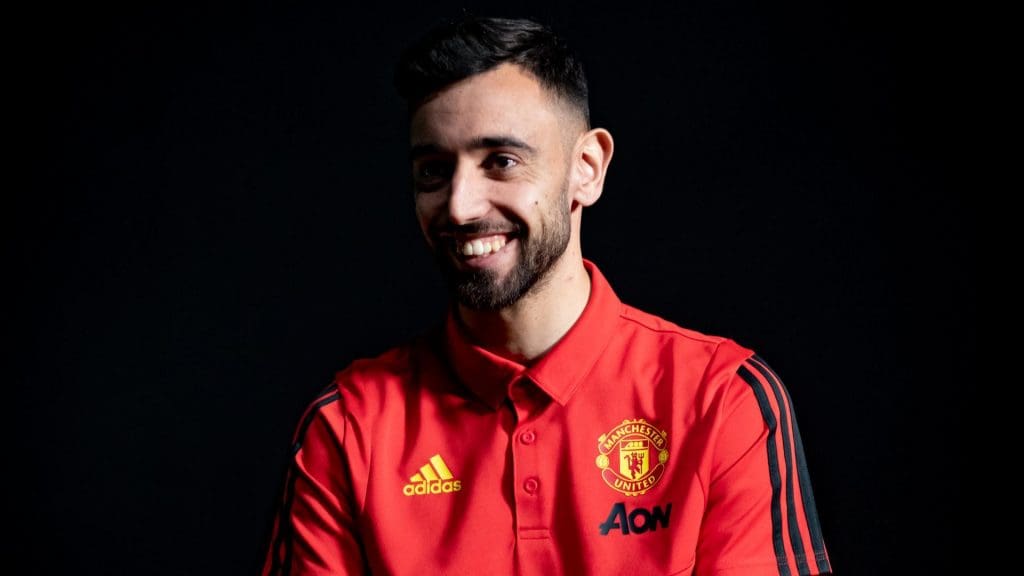 The name Bruno Fernnades has already become a popular figure among Mancunian faithfuls, as Ole Gunnar Skolsjkear finally got his man after nearly six months of chasing. A player of Bruno’s undoubted quality has been the missing link in the Red Devil’s tactical jigsaw, adding a world class dimension to their ranks.

If the players performances are anything to go by, the United fan base can surely aim for the skies, as the searing qualities of Bruno Fernandes has been manifestly put in artful grace of show football. Grabbing the club and Premier League player of the month awards, was a gloriously fitting reward for a month of scintillating football.

Bruno has taken the Premier League by storm, and his performances are far from the adaptive cultures star players often face when moving to the EPL from less competitive leagues across Europe. For quite some few of us who had seen him play for Sporting and Portugal, there was no doubting his world class qualities and leadership skills, having been the key man at Sporting and as well a key figure in Portugal’s triumph in the Euro Nations League tournament. It was just a matter of how soon he will adapt to a league that is known for its physicality and intensity, but whatever doubts that remain in that regard have been graciously swept away by a stellar full month of breathtaking football from the Portuguese, and that United had had an upturn in form since his arrival is no coincidence at all.

Despite the few cup successes of the Van Gaal and Mourinho’s tenure at Old Trafford, it is the matter of winning the league which has now been dominated by United’s noisy neighbors that serves the litmus test for manager and star players alike. Thus bringing to many the questions of whether Bruno Fernnades could be the key figure to drive Man United to EPL glory. But if lessons from Pogba’s signing are anything to go buy, it is safe to say that the red devil’s faithfuls shouldn’t get their hopes too high all of a sudden. Unlike Pogba who joined for a club record fee, Bruno has to be given the free will to express himself without the weight of pressure that was exerted on the shoulders of Paul Pogba. For all Pogba’s undoubted quality, the pressure at Man U has proven to be too heavy for him to carry all by himself. One may say a player of Pogba’s caliber should have no excuses at all, particularly since joining in as the club’s record signing.

On another note, the prospect of seeing Bruno and Pogba playing together could be an mouth watering experience well worth savouring. Could their partnership spur United to premier league glory, or are United going to sacrifice Pogba by shipping him out and leave the task in the hands of Bruno alone?

Whatever the case maybe, the red half of Manchester should deservedly aim for the skies and hope for greater things to come. A player of Bruno’s quality was badly needed at United, and now that he’s there and have been putting in such great showing, the task of winning the EPL is more a question of how soon rather than how probable.

Could Bruno be the man to take the club to the next major step? Or will the pressure and expectations prove too costly for him to bear?