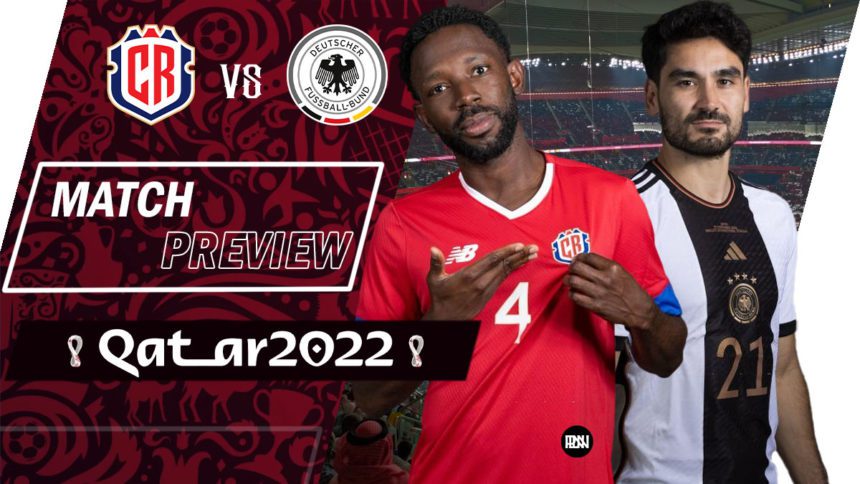 It’s the final matchday of the 2022 World Cup group stages and the teams drawn in Group E have a chance to book their place in the round of 16. Spain, Japan, Costa Rica and Germany have an opportunity to progress through as things stand and their fate remains in their own hands. Germany find themselves bottom of the group with just a point after the first two games of the group stages as they held Spain to a 1-1 draw last time out thanks to a Niclas Fullkrug equalizer. A win for the Die Mannschaft would book their place in the last 16 while a draw/loss would see the mighty Germans bow out of the competition yet again in the group stages.

Costa Rica have surprisingly kept themselves in the hunt to progress to the next round after their 7-0 loss to Spain on matchday 1. Luis Fernando Suarez’s side bounced back to emerge victorious against Japan as his side capped off a brilliant all-round display. It is a do or die game for both sides especially for Germany who are clear favourites but the underdogs have got the better of the favourites so far this World Cup and it will be an interesting watch for the neutral spectators.

Hansi Flick has no injury concerns as everyone is match-fit and in contention to start. After a goal in the last game, Fullkrug could be in contention to start and replace Thomas Muller as the no.9. Leroy Sane, who made a substitute cameo against Spain, could get his first start of the competition as Flick would want the Bayern Munich winger to continue his fine form.

Center-back Francisco Calvo will serve his one game suspension having picked up a second yellow card against Japan. Other than Calvo, the rest of the team is expected to remain unchanged.

Hansi Flick hasn’t had the start he was hoping for as the Germans have failed to pick up a win so far. Against Spain, a 4-3-3 system was utilized by Flick to go toe-to-toe with Luis Enrique’s 4-3-3. This change in system worked tremendously as Spain weren’t given any numerical superiority in the midfield. Gundogan dropped to playing as a number 8 in a midfield trio alongside Leon Goretzka and Joshua Kimmich instead of the usual no.10 role he played in the game against Japan. This tactical tweak gave the Germans an extra man in midfield and greater attacking freedom allowing Musiala and Gnabry to find themselves in a 1v1 situation against the opposition fullbacks.

Fullkrug could displace Muller and start the game as the latter has failed to deliver in the opening two games. The presence of a physical no.9 in the box instead of a false 9 like Muller could help the Germans have a physical advantage in the box and also a reference point during the build-up.

Costa Rica’s game plan could be similar to how they played against Japan with a solid 5-2-3 low block to absorb the opposition’s pressure and try and score on the counter-attack. The South Americans worked very hard on and off the ball against the Japanese which helped them keep their Asian counterparts at bay and get 3 crucial points. Germany’s free-flowing attack will be the biggest threat and the Costa Rican defense will have to emulate the previous game performance to try and cause a major upset and knock Die Mannschaft out of the World Cup.

Premier League players in the spotlight

Kai Havertz hasn’t performed as per his standards as the Chelsea striker looks to score his first World Cup goal. His poor display against Japan on matchday 1 meant the former Bayer Leverkusen man was benched for the game against Spain and could yet again be named on the bench by Hansi Flick for this crucial match.

Ilkay Gundogan has played in both matches for the Germans and is set to start again. He has scored a goal and looked lively in the no.10/no.8 hybrid role Flick has designated him to play in. The German faithful would yet again count on him to deliver and help his side to progress to the next round. 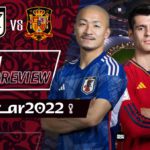 Clamour for Phil Foden’s selection vs Wales justified; will he start against Senegal?
Leave a comment