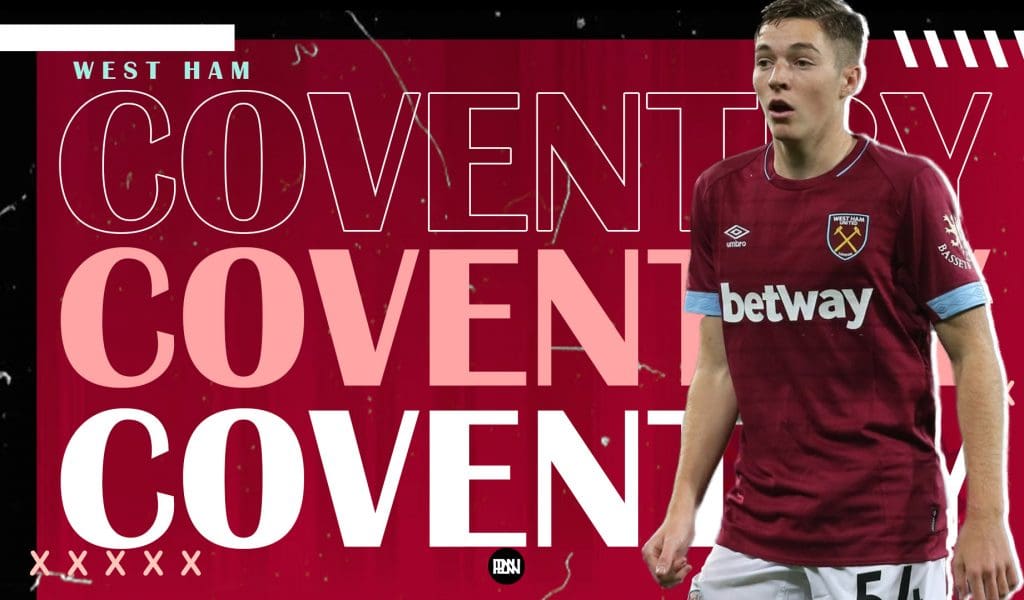 An excellent pre-season campaign has worked wonders for 21-year-old midfielder Conor Coventry. Following a string of promising displays against Reading F.C and Northampton Town during the ongoing pre-season campaign, the Irishman has caught the attention of the West Ham fan base. The highly-rated midfielder is a vital part of the Republic of Ireland’s U-21 squad and is considered a long-term successor to club captain Mark Noble at West Ham.

With Noble set to retire at the end of the upcoming season, Coventry possesses the desire and maturity to replace the veteran midfielder, who the club after 18 seasons. The 21-year-old has been a shining star for West Ham’s U-23 squad, having played a vital role behind the squad’s survival in Premier League 2.

Following the U-23 squad’s title-winning 2019/20 Premier League 2 (Division II) campaign, Coventry was the standout player amongst the West Ham U-23’s last season. The midfielder made 18 appearances, scoring five goals and providing two assists, in the league last season. Additionally, his name made seven appearances on the first-team sheet last season, failing to translate into minutes on the pitch.

Coventry is the captain of the U-23 squad and is an inspirational leader at the club. The youngster has made 30 international appearances at the youth level and received his first senior call-up in March 2021. The midfielder is amongst the most promising talents at the club, earning him comparisons with the likes of Michael Carrick and Mark Noble – both academy graduates from West Ham.

The 21-year-old certainly possesses the talent to replicate, even better, the standard of quality and consistency set by Carrick and Noble. Coventry can function both as a defensive and a box-to-box midfielder with equal efficiency and adds the much-needed depth required in the former. The midfielder’s intelligent passing and technical ability was a vital part of the U-23 squad’s performances last season.

In addition, Coventry is an excellent set-piece and penalty taker – he scored three penalties last season. The midfielder can also function as a deep-lying playmaker – spraying passes across the pitch – and is extremely capable of scoring from outside the box. The youngster’s physicality is a bonus on top of his ability to dictate games from the midfield.

Considering his steady improvement and consistent performances on the pitch, Coventry is marked as an heir to the retiring Mark Noble. The midfielder will expect to find first-team minutes in the Premier League, given West Ham’s lack of depth in the position and the club’s European ambitions next season. The 21-year-old is a cherished academy prospect amongst the fans, with the majority of them keen to see him involved in David Moyes’ plans next season.

In addition to being likened to exceptional academy graduates, Coventry has been receiving much praise with many dubbing him as the “next big thing” from the academy and a “real old head on young shoulders.” Owing to his dynamic attributes, the Daily Mail’s secret scout dubbed him as a forceful tackler with an excellent passing range. Coventry is not only an “exciting talent” but also known for his “excellent composure and leadership.”

Coventry’s performances on the pitch have earned him admiration from the fans and recognition from the manager. The midfielder has been an active part of West Ham’s pre-season campaign, having bagged two goals and scored the winner against Northampton Town. With the club set to compete in Europe next season, Coventry has shown enough promise to add to his three senior appearances.

Under Noble’s mentorship, the 21-year-old may finally be ready to fill in his boots. However, Coventry maybe still a loan spell away from first-team minutes, which would see the club invest in the midfield ahead of next season.