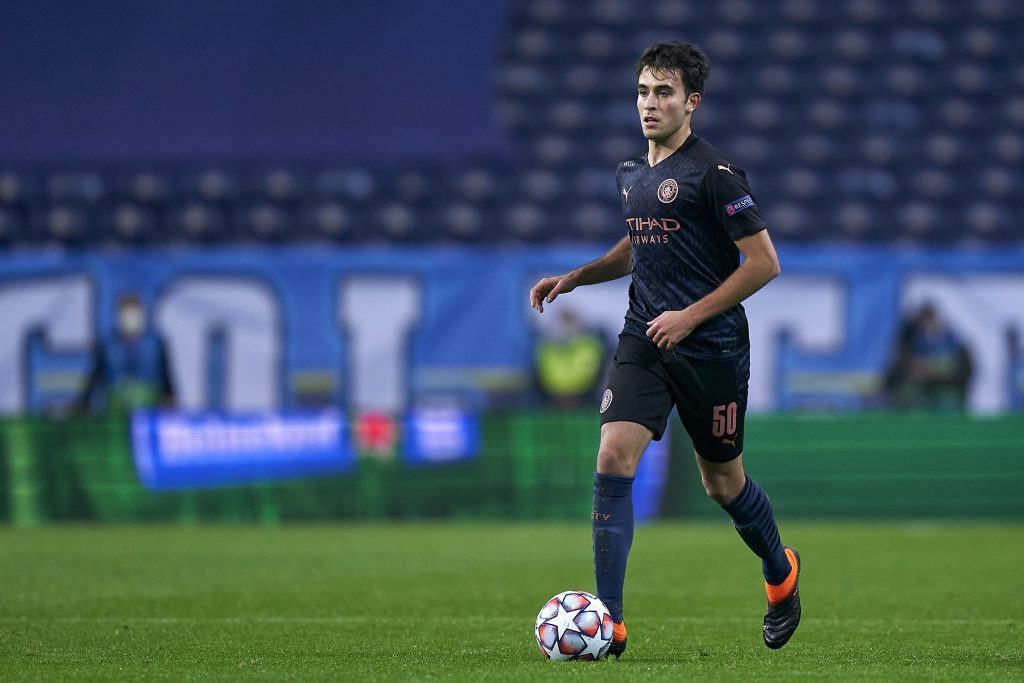 Eric Garcia, the 20-year-old Spanish centre-back, shocked all Manchester City fans last August when he declared that he would not be renewing his contract with the English club. His current contract will end this year and it is widely accepted that the defender will be joining his boyhood club and Spanish giants FC Barcelona. However, there could be a further twist to the tale in this transfer saga.

WHY ERIC GARCIA IS LEAVING:

Eric Garcia joined Man City at the age of 17 when he moved from Barcelona. Coming up through the ranks of the famed LA Masia academy, Garcia left before he could make his senior debut for his beloved club. However, after he left Barcelona, he joined up with one of the greatest manager and Barcelona great Pep Guardiola. Eric Garcia rose quickly through City’s academy, captaining the u18s in his first season at the club. He made his debut for the club in 2018 and never looked back. He ended the 2019/2020 season as the first choice centre back alongside Aymeric Laporte and many expected him to extend his stay at the club. However, in a surprise move, Guardiola announced in a press conference that Garcia would be joining Barcelona in 2021.

As quoted by El Mundo Deportivo, Garcia said, “If they (Barcelona) have to talk about something, they will have to talk about it with my agent, I am focused on this season, on my team and on the national team.” He also admitted that playing with Lionel Messi would be special.

It is widely regarded that his decision to leave City was solely based upon the urge to return to his boyhood club and play for the club he loved as a child and still loves. The 20-year-old leaving would certainly be a big blow to Guardiola and City as he is an important part of the team right now.

In a recent twist to the tale, some complications have arisen in the negotiations of Eric Garcia’s deal with FC Barcelona. The player is eager to join the Spanish outfit and is looking forward to playing at Camp Nou. However, with the COVID-19 crisis, FC Barcelona have been struggling financially. With a squad overhaul in the summer in mind, the club are looking to save money wherever possible. This has lead to the club offering Garcia ‘reduced wages’ and this could prove to be an obstacle in the negotiations.

The City defender will reportedly earn half of what he is earning at City right now. Although the rumour mills are abuzz with the news that wages could be a problem in the deal, some reports suggest that Garcia does not seem to have a problem with reduced wages. Having rejected multiple advances from City for a contract extension, the 20-year-old is said to have no choice but to accept the wages given by Barcelona.

Eric Garcia is a product of La Masia and rarely does a player pass upon the opportunity of playing for their boyhood club. Although wages could be a bump in the road, we do not see this transfer going any other way. Reports from Spanish outlets suggest that the Spaniard is eager to join and keen to play a role in next season’s Barcelona squad. Garcia seems set to join Barcelona come summer and fulfil his dream of playing at Nou Camp. Barcelona fans will certainly be excited to welcome him back at the club and will be buzzing to see him in Blaugrana colours.

Slavia Praha vs Arsenal: Can Arteta & co. do the job they are expected to in Prague?
Manchester United vs Granada: Just business as usual for the Red Devils?
To Top