The new owners are beginning to put in place the components for the next great Chelsea team, one that will fight for major awards on all fronts, by hiring a new manager who shares their philosophy and by acquiring talented young players. And they’ve done it by reaching a transfer agreement with RB Leipzig for Christopher Nkunku.

Last week, prominent transfer specialists such as Matt Law of the Daily Telegraph, David Ornstein, and the well-known Fabrizio Romano stated that Nkunku had a private medical examination in Frankfurt to facilitate his transfer to Chelsea in the upcoming summer transfer window of 2023. And now the Blues have taken the next step to win his signature by agreeing to a pre-contract with the player and have already stated to RB Leipzig that they want to pay far more than the release clause (€60M) that the Frenchman has in his current deal.

Christopher Nkunku’s here we go is expected when everything is signed, signing stage will be 2023. Everything is agreed in principle. Chelsea are happy, RB Leipzig are happy and Nkunku is happy. (@FabrizioRomano) #CFC

But why did Chelsea move so quickly to secure Nkunku’s signature?

After a spectacular last season in the Bundesliga in which Nkunku scored 20 goals and helped another 13, he was named Bundesliga Player of the Season. Many clubs, including Liverpool, previous club PSG, and Real Madrid, were interested in his predicament.

As of right now, Chelsea are in a bit of a transitional moment, and the new owners wanted to lock down and go ahead of their competitors in securing these deals, but they were unable to do so before the ownership changed hands on May 30th.

That being said, we now know why Chelsea acted so swiftly to acquire his signature, but we still don’t know what convinced them he was the proper man. We’ll take a little look back at the past of this potential new Chelsea player before we get started.

Born in the Lagny-sur-Marne suburb of eastern Paris, the same place as Paul Pogba. Nkunku started playing football for AS Marolles when he was six years old. He then joined the famous Clairefontaine academy, which has produced stars like Marcus Thuram, Allan Saint-Maximin, Amine Harit, and Kylian Mbappe. Scouts thought he was too young and light when he tried out for clubs, so Lens, Le Havre, and Monaco all passed on the chance to sign this star.

He finally got signed by Paris Saint-Germain, where he moved up through the youth teams of INF Clairefontaine up to the U15 level. First-team coach Laurent Blanc then called him up and used him as a “mezzala” in a three-man midfield. His playing time did go up from season to season, but PSG’s desire to sign high-priced stars like Neymar cut short his chance to play regularly. So, Nkunku made the smart choice to take his skills to the Bundesliga, which is known for giving players like him the time and care that big clubs can’t.

The rise of Nkunku

Christopher was very lucky to arrive in Leipzig the same season as Julian Nagelsmann, a young manager who was known to develop talents and get the most out of his attackers at Hoffenheim. The Frenchman took life in the Bundesliga with ease and was an automatic starter in Julian’s 3-4-3 and 4-2-2-2. He ended up with 5 goals and 13 assists in his first full season as a starter. Only his teammate Forsberg set up more goals for his teammates in the Bundesliga that season.

The next season saw a change in the way Nkunku played in Nagelsmann’s 3-4-3 or 3-4-2-1. The previous season he spent a lot of time hugging the touchline but this season started getting into the half-spaces a lot more. Nagelsmann gave a lot of importance to quick thinking and lightning-fast exchanges which basically played into the strengths of Nkunku. Due to these quick plays, defenders often get little time to adequately respond or nullify the threat.

His time under Jesse Marsch

After losing Nagelsmann to FC Bayern Munich, RB Leipzig decided to hand over the reins of the club to their sister club’s manager Jesse Marsch. This saw Leipzig’s tactics return to its roots which were sown by RB Leipzig’s former manager and director of football Ralf Rangnick. Marsch’s emphasis on playing a vertical and direct brand of football saw Nkunku play as a winger in the 4-2-3-1 system.

The results under Marsch were never consistent but a thing that became consistent at the east German club was Nkunku was scoring or assisting every single game. His most memorable game was probably against Manchester City in the group stages of the UEFA Champions League. The team might have lost 6-3 but Christopher’s late runs after late runs saw him capitalize on the opportunities presented and he scored his first Champions League hat trick.

Jesse Marsch was sacked for his poor results but the killer instinct Nkunku has now acquired was paying him rich dividends. Additionally, he developed various techniques for taking corners which leaves the goalkeeper in a lot of confusion.

How could Chelsea benefit by signing him?

First of all, I can understand why a Chelsea fan might not be too excited. Their last three signings from the German Bundesliga, Christian Pulisic from Dortmund, Timo Werner from RB Leipzig, and the then club record signing Kai Havertz from Bayer Leverkusen, haven’t lived up to expectations. But it’s clear that Nkunku is a different kind of player than these three.

Graham Potter is known for playing a very positive brand of football something that is contrary to the era of football seen under former gaffer Thomas Tuchel. He also likes his team to press from the front, something which Nkunku has been very familiar with after his time under Julian.

Nkunku has the lethal and mean streak that other attackers at Chelsea seemed to be lacking. He can score, create, take corners, freekicks and score from long-range efforts and is very flexible in playing various roles, a quality needed by Potter as he mixes and changes his tactics and formations according to his opposition’s style of play.

All in all, this looks like a very good and exciting transfer. The core of the next great team that Boehly is trying to build with the likes of Reece James, Marc Cucurella, Mason Mount and Wesley Fofana is starting to shape and with the addition of Christopher Nkunku, the Blues might have guaranteed more goals after signing Raheem Sterling from Manchester City. 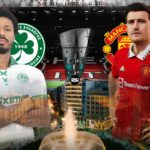 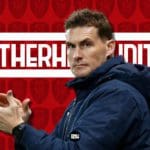 Is Matt Taylor the right man for Rotherham United?
Leave a comment