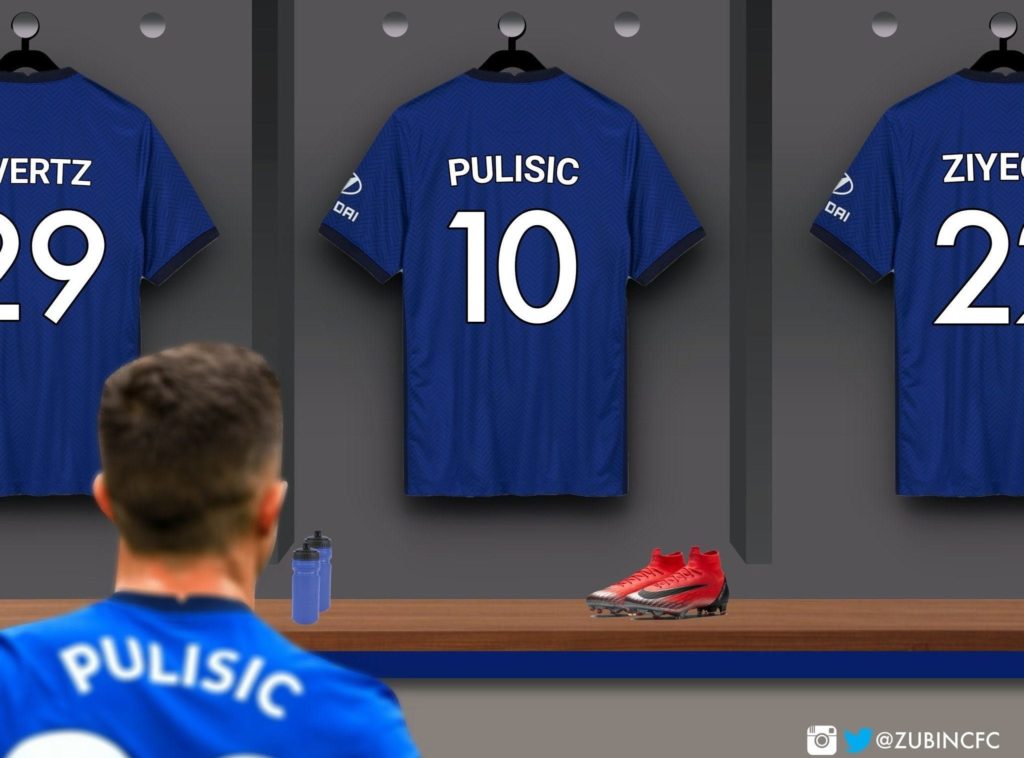 USMNT and Chelsea star Christian Pulisic is set to change his shirt number after the departure of Willian to Arsenal.

The Brazilian who played for The Blues for 7 long trophy laden years wore the No.10 shirt during 2019-20 season after the departure of Eden Hazard to Real Madrid.

Upon Pulisic arrival, the youngest player to captain USA’s Men National Team was handed the No.22 shirt. And now according to the reports from The Athletic, Pulisic is the prime candidate to take over Willian’s old number for 20-21 season.

Hakim Ziyech, Chelsea’s first summer arrival was spotted wearing the No.22 shirt during their pre-season match against Brighton & Hove Albion. The winger had the same number playing for Ajax and is now likely to inherit Pulisic’s old shirt.

Chelsea’s latest recruit Kai Havertz is said to have asked for his old number 29 jersey which he wore during his Bayer Leverkusen days and The Blues’s current No.29 Fikayo Tomori who reportedly is set for a loan spell away to Everton, instantly agreed to it.

After the Spanish winger Pedro made his free transfer to Serie A club AS Roma, he vacated the No.11 jersey previously worn by Chelsea legend Didier Drogba and Oscar, Chelsea’s blockbuster signing and German International Timo Werner is set to receive No.11 shirt.