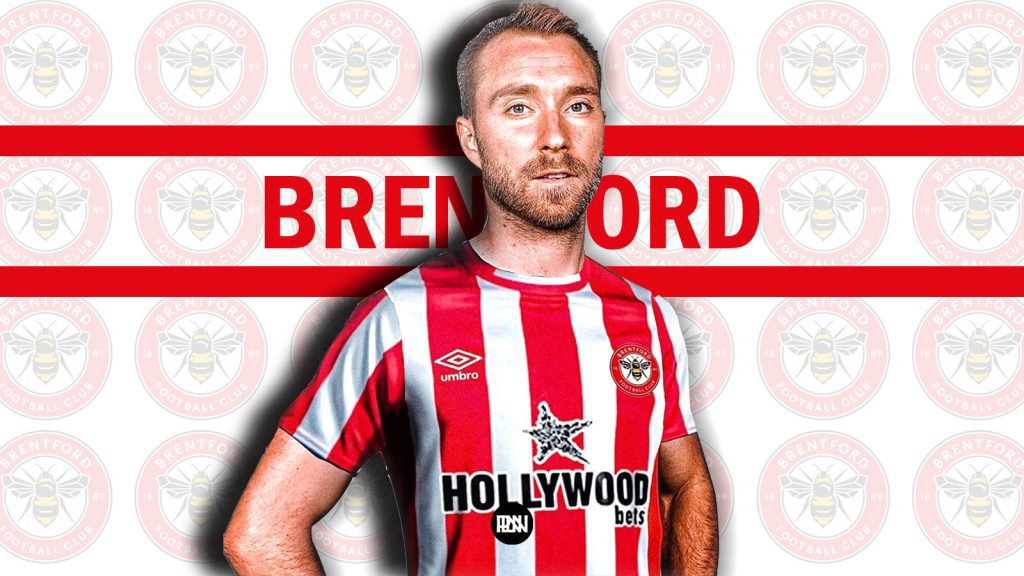 On the last day of the winter transfer window, Brentford F.C announced that they had signed Danish International Christian Eriksen on a six-month deal. This comes 204 days after Eriksen suffered a cardiac arrest during a game at Euro 2020.

BRENTFORD & ERIKSEN: A MATCH MADE IN HEAVEN

Eriksen had an implantable cardioverter-defibrillator fitted after his collapse and according to the rules of Serie A players with this device are not permitted to play in the league & so Inter Milan had to terminate his contract. And the new journey began for Eriksen to find a new club. Six months after his cardiac arrest, Christian Eriksen began individual training at the facilities of his youth academy team OB in Odense in preparation for a possible comeback to football and then Brentford who just recently came up in the Premier League offered him an opportunity.

The Bees were in need of attacking reinforcements. They are ranked 11th best in the division for goals scored, scoring 39 goals this season. Ivan Toney is the club’s top goalscorer with 12 goals, but 5 of these came from the spot-kick. Chance creation is a big problem with just Mathias Jensen and Ivan Toney managing to just scrape the 1 chance created per match. That makes Eriksen’s signing even more sensible given that the Dane has a career average of 2.3 chances created per match and at his best he created 3.3 chances.

Christian used to play as a classic No.10 at Tottenham and at times at Inter Milan. Harry Kane, Son and Alli all occupied the attacking position in front of him and in the same manner, Romelu Lukaku, Lautaro Martinez and Achraf Hakimi did at Inter. Due to this defenders were constantly busy with these attacking players allowing Eriksen a free role in the centre of the pitch as an attacking midfielder behind these forwards. At times he has also been used on the left flank and as a second striker.

Brentford currently plays with a 3-5-2 or 4-5-1 system and Christian could easily adapt to these systems having previously featured under Antonio Conte in the 3-5-2 system at Inter Milan. But Thomas Frank has used Eriksen much deeper, understanding his side do not have the majority of the ball, so deploying a three-man midfield gives more security at the back, albeit with one fewer attacker in the front line. The Danish International has seamlessly fit this role with his match intelligence and playing making abilities allowing him to free up Ivan Toney who previously had to get involved in making chances for his teammates and now focuses purely on goal scoring.

Eriksen’s set pieces are also dangerous, helping the team which ranks bottom in goals scored from outside the box this season. Frank has echoed this sentiment saying, “At his best, Christian has the ability to dictate games of football. Eriksen can find the right passes and is a goal threat. He also has very, very good set piece delivery, both from corners and direct free kicks. He is a player you can find with the ball, and he will come up with a solution to the problem in front of him. Christian will also bring experience of top level football to the Club. I expect him to have an impact in the dressing room and at the Training Ground.”

The tactical shift successfully working was quite evident in the side’s win over Burnley in March where Eriksen set up Toney with a beautiful left-footer which helped Brentford go eight points clear of 18th placed Watford. And Eriksen’s true talents were on display when his Brentford destroyed the reigning European and world champions Chelsea FC 4-1 in their backyard. Eriksen scored one and was instrumental in his side’s demolition job of the Blues.

Recently Eriksen was called up for national team duties where Denmark played two international friendlies against the Netherlands and Serbia. And he made the most of his opportunity scoring a goal on his return to the international stage against the Netherlands. This is truly a remarkable achievement for Christian because he himself said that he was gone from this world for five minutes. With modern science progressing, it is an achievement that Eriksen is back playing football at the topmost level. The Dane said in January that his heart was “not an obstacle” to his ambitions of a return to football and to feature at the 2022 World Cup and we are most certainly rooting for him!

Brentford vs West Ham United: Preview | Premier League 2021/22
What could help Chelsea inspire a comeback at Bernabeu?
To Top