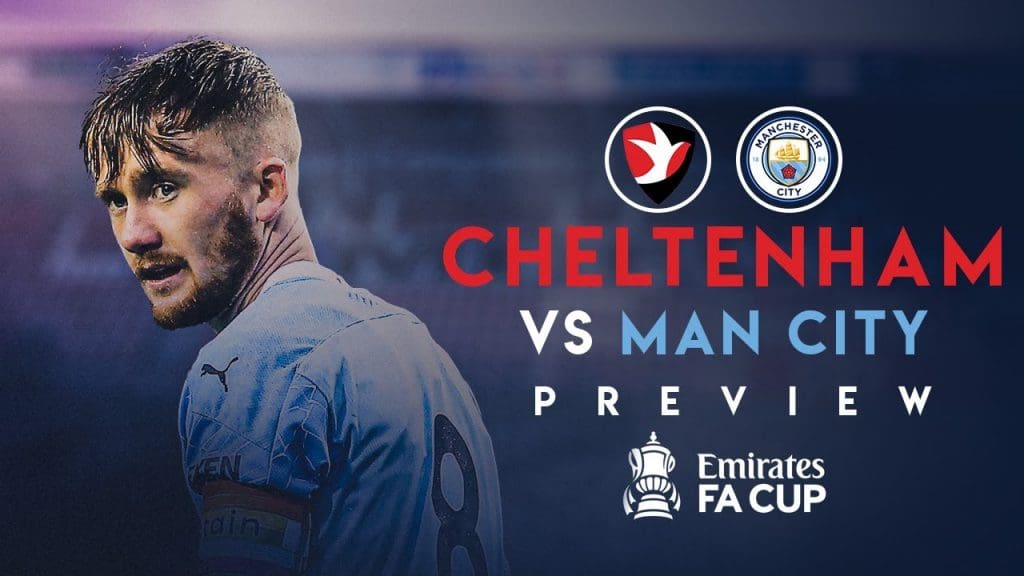 The Winner of this fourth round FA Cup tie will be Presented with an opportunity to take on Either Swansea City or Nottingham Forest for a Chance to Progress into the Quarter Finals of the Competition.

City are going full steam at the moment winning 9 out of 9 games in all competitions, the Premier League side eased onto the Fourth round after a comfortable 3-0 win over Birmingham in the last round. But it is Not just a Sudden upturn in form that has seen Manchester City put out such Performances, City have been unbeaten in their previous 16 matches in all Competitions with 13 Wins and 3 Draws.

Manchester City has been ruthless against Lower League oppositions in this Competition scoring 26 times in their Previous 7 against those teams and Only letting in 4. On Paper anything other than a Manchester City win Looks Highly unlikely but teams have turned things around with fewer odds in their favor in the FA Cup.

Cheltenham are sixth in the League Two standings, three points off the automatic promotion spots, drawing against Newport County to move into 6th. They are now aiming to reach the FA Cup fifth round for just a second time in their history, last doing so in 2001-02.

With Manager Michael Duff describing this fixture as, “The greatest FreeHit in history”.

Chris Hussey is out for this one through injury after the midweek draw against Newport, Elliot Bonds also Misses out.

Sergio Aguero is out after testing positive for coronavirus, so Gabriel Jesus is expected to start through the middle.

Apart from Aguero City will rotate for this Game giving the Likes of Steffan, Palmer, Zinchenko, and Tommy Doyle a start.