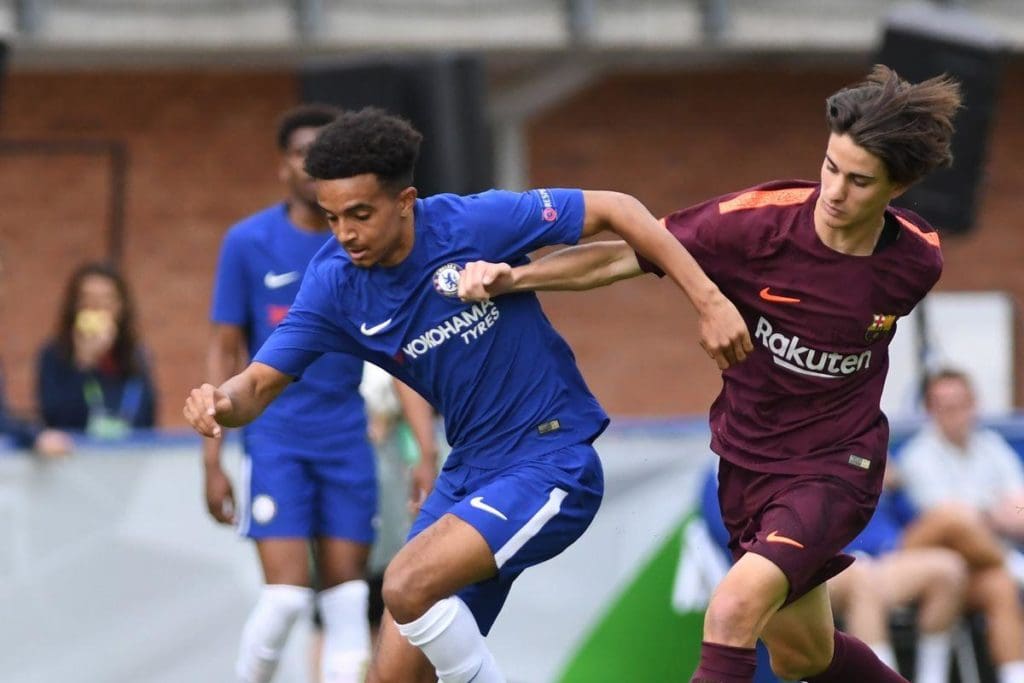 Chelsea academy talent Jacob Maddox has signed for Portuguese side Vitória de Guimarães following his exit from the London club.

Jacob Maddox has signed a four-year deal with the club, keeping him in the Primeira Liga under manager Tiago Mendes, an ex-Chelsea player. Vitória Guimarães have acquired 60% of the player’s economic rights on a valid contract.

Maddox started his youth career at Bristol, moving to the Chelsea academy in 2015. The attacking midfielder has won several major honors at the club, winning the UEFA Youth League and the Under-18 Treble and picking up the European Championship with the England Under-19s in 2017.

After a successful loan at Cheltenham Town in the 2018-2019 season, Maddox was loaned to Tranmere Rovers in August 2019, and subsequently Southampton in February 2020, but failed to make a single appearance this season.

The 21-year-old failed to make an appearance in the senior team for Chelsea, despite his seven-year stay at the club, and will now join the Primeira Liga side, hoping to make a much greater impact on the team.

Maddox was interviewed by the club’s media team and was asked about his thoughts on his new team. Vitória have been scouting several English talents in the past few years, and Maddox revealed that the transfer of Marcus Edwards and Eesah Suliman, his former teammates in the England youth setup, played a major part in his decision to make the move.

“I am very excited. I followed Vitória over the last season and realizing how much Edwards and Suliman like to be here and feel valued here, it is obvious that I was very happy when this opportunity arose and it was an immediate ‘yes’.

“In addition to what I already knew, having talked to the President and [sporting director] Carlos Freitas was very important because I understood how ambitious the project is. I like this bet on the talent of young players and I can’t wait for the start.”

“I am a player who tries to make things happen, but I am also a team player, who understands the defensive side of the game. I want the team to count on me and that we have a great season together.”

I am happy to be a player of @VitoriaSC1922 ⚔️ can’t wait to get started ##Conquistadores pic.twitter.com/X912cdCMbD

The move comes at an excellent time in the midfielder’s career, who has now become the third Englishman to sign for Vitória.