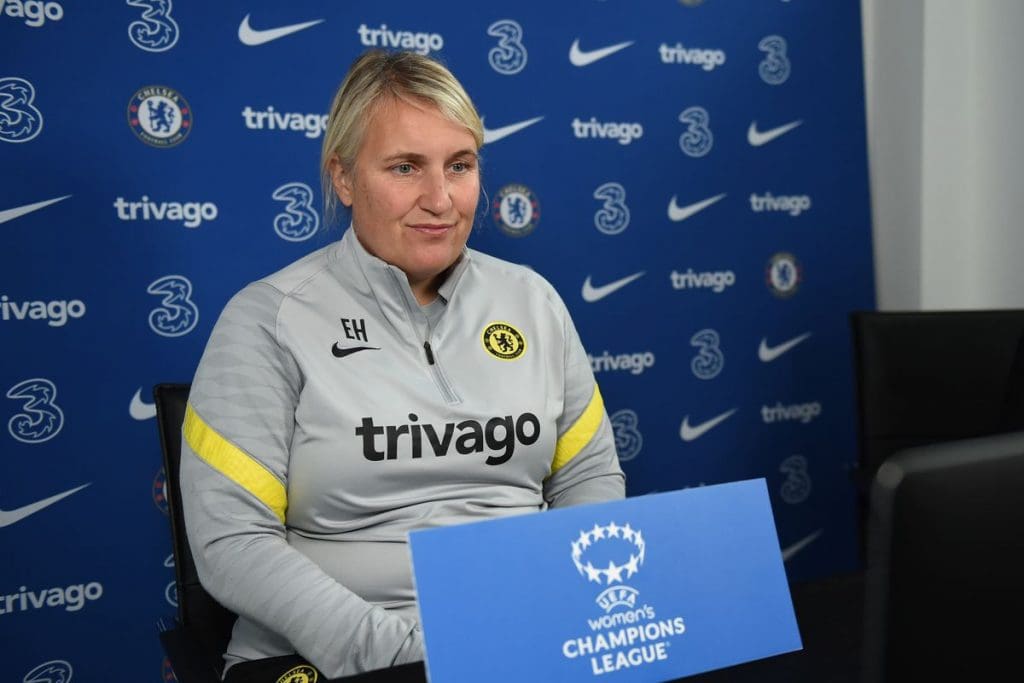 Chelsea Women and Wolfsburg Women are 2 teams who have suffered the same heartbreaking UEFA Champions League final defeat. Chelsea have started this season worse than they would have liked, with the Blues losing 3-2 to Arsenal Women on the WSL’s opening weekend. Similarly, Wolfsburg drew to a midtable SC Freiburg 2-2 on Saturday, and are currently sitting behind Bayern in the league, which manager Tommy Stroot won’t like at all.

Losing to rivals like Arsenal is unacceptable to an ambitious sporting institution like Chelsea, but Emma Hayes has bounced back with 2 statement wins against Everton Women and Manchester United Women, who are clubs both looking to get a coveted UWCL spot. They also beat Brighton Women 3-1 and Birmingham Women 4-0, so normality is setting in for Chelsea.

Wolfsburg haven’t been as convincing as they would have liked, even without the Freiburg draw. A win on penalties against France’s 3rd best team in Bordeaux, which if they didn’t win they wouldn’t be here, didn’t scream of brilliance either. A measly 2-0 win against a relegation-threatened Bremen side wasn’t too good either. Beating a recently relegated team 3-1 would be alright until you realise that this time last year, they were cooking Bochum alive with an 11-0 victory, and were beating Bremen 5-1 in December. However, they still drew to Freiburg, a bogey team perhaps?

Emma Hayes started her strongest team against Brighton, despite definitely not needing to, especially with their depth. However the Chelsea manager didn’t want to take any chances after the Arsenal loss, and that may cost her team in the Champions League.

Tommy Stroot didn’t play their weakest team against Freiburg, with the likes of Jill Roord and Dominic Jansen playing a full 90. Pauline Bremer did not feature at all, so the Wolfsburg manager was thinking forward to this star-studded matchup.

Maren Mjelde will continue not to feature for the Blues after being injured in March this year. However the Norwegian recently returned to first-team training, so she will return extremely soon.

Wolfsburg striker Ewa Pajor will be out for several months after becoming injured during the international break. Sara Doorsoun will also be out for the match after suffering a similar fate.

Chelsea manager Emma Hayes said in the build-up to the match, “From my perspective, I think we’ve gained another year’s experience. When you are in this environment, you know you have got many competitions to play for. Our preoccupation is on our daily practice and competing for every trophy. We always want to win all of them, including the Champions League and I believe we are one year better because of that experience last year.” And this explains exactly what my thoughts are on both teams, but in varying ways.

Chelsea are a massive footballing club, with pride and passion being the very reason why, when they started investing into their women’s team, they did so with resources behind them. Not only do they hold the current record for the highest transfer fee in women’s football (Pernille Harder, Wolfsburg to Chelsea, over £250,000), but they were actually attempting to sign the first player for £1,000,000, with the Blues enquiring about Alexia Putellas this summer. ‘So what does this have to do with the UWCL?’ I hear you ask. Well, Chelsea will passionately dislike the fact that Arsenal (their close London rivals) are the only British team with a Champions League trophy. Roman Abramovich has been in contact with Emma Hayes before, and the two are both aligned with the same vision; bring the Champions League trophy to the blue side of London.

Wolfsburg however, will be doing this for a different reason. The she-wolves know that their time is running out, with Bayern threatening them for quite a while now, Leipzig planning on getting promoted this season, and Hoffenheim catching up, their mortality date has been set, and it’s soon. In 4 years’ time (if we’re still under the same systems), I think Wolfsburg will want to win as many UWCL’s as possible, and with 2 to their name already, if they win another, they will become the most successful German team ever. So yeah, no pressure!

Fran Kirby will do well this season. And I have a feeling that this night is calling for her, a home match against one of the best in the world. Since her return to football, she has been electric, racking up 27 goal contributions in 18 matches in the WSL last season. Emma Hayes won’t be depending on her, which will allow her to play free-flowing and creative attacking football, which will bring Chelsea not only style and substance but goals too.

Jill Roord is a fantastic talent. That’s right, talent. The midfield lynchpin is only 24 years old and has another at least 10 years in the women’s game. A versatile footballer, she can also play in defence, however, is primarily a central midfielder. A player who hasn’t won that much in her 8 years of playing, she’ll look towards the Champions League and dream of what could be.

The creative maestro left Arsenal in the summer, and when speaking about her new club Wolfsburg, said “From my point of view, it’s exactly the right step in terms of my personal development. I obviously want to play my role in the team being successful and winning titles. “I’m improving in all respects, it is difficult to leave Arsenal because I care a lot about the club, but I will take this opportunity in moving to Wolfsburg.