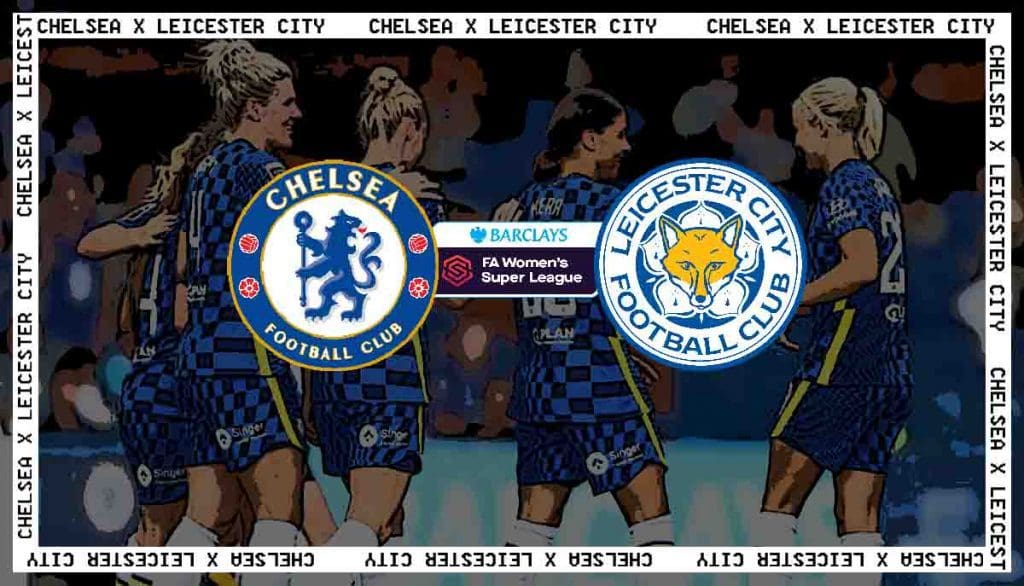 Chelsea Women will attempt to show dominance against Leicester City Women and will look to keep up with their London rivals Arsenal Women after the Gunners beat them 3-2 on the opening week of the season. Leicester will be looking to escape the race to the bottom, with themselves, Birmingham City Women, and Reading Women all having terrible starts to the season, and are all sitting at 0 points out of a possible 12.

After a poor performance against Wolfsburg Women on Wednesday, Chelsea and Emma Hayes will be looking to bounce back against a team with lesser ability, such as Leicester. Apart from the loss against Arsenal, Chelsea won’t be too upset with their start to the season, but this would have been expected for a team as good as theirs.

Leicester haven’t had the start to the season that many would’ve expected, as the Foxes lost too many teams that people thought they would finish above, including the likes of Aston Villa, West Ham, and Tottenham. The Championship winners had recruited well, bringing in WSL experience and as a result, they stormed the Championship, with the second-highest points total, and were only beaten by a Man Utd side who had the joint highest points total for a promoted team in the WSL. So yeah, big expectations.

Emma Hayes has so much depth in her side that she doesn’t even need to worry about future matches, with the likes of Ballon D’or nominees Jessie Fleming and Fran Kirby on the bench. As a result, she started her strongest team against the She-Wolves in the UWCL.

Jonathan Morgan obviously didn’t play a midweek fixture like the Blues did, which could end up being a massive advantage. Leicester’s players will have more fights and will also be fresher as a result of this.

Lauren James will continue not to feature for the Blues after the 20-year-old is still recovering from injuries that she picked up during her time at Man United.

A top match in years to come?

Many people and players of Leicester know that this club is going places. Former Manchester United striker Jess Sigsworth stated in a Guardian interview, “This is a club with massive ambition,” says Sigsworth. “It’s everything I want to be a part of.” Manager Jonathan Morgan also expressed a similar sentiment, saying “We know they’re good but we’re good too. If we play the football we’ve been working on in pre-season we’ll also be very, very difficult to beat.” And with the backing of a club like Leicester, we’ll definitely see the Foxes in the WSL for years to come, even if the worst comes to pass this season.

But obviously, Chelsea are a team who don’t stand for such uprisings and have done extremely well to hold onto their pedestal at the top. They always play without fear, which has hindered them at times, such as against Barcelona. However, it is the reason why they are the most successful club in the WSL era and will continue to fight with the likes of Manchester City and Arsenal for many years. Chelsea have a fighting spirit, no matter the circumstances. I mean, it’s literally a chant ‘We’re all together, and winning is our aim, so cheer us on through the sun and rain, ’cause Chelsea, Chelsea is our name.’

I really would love to pick somebody else, I really would. But I can’t lie to myself and say that anybody else is key for Chelsea but Sam Kerr. It’s actually funny that I’m starting to run out of things to say about her. Everybody knows that she’s stupidly good at football, and everyone also knows how prolific she’s been for over 7 years now. Because I can’t really think of much, I’ll leave this section with a question; where does Sam Kerr rank in terms of the WSL’s forwards in your personal opinion?

Abbie McManus is the sort of player that Leicester will need throughout this season to stay up. The former Manchester City player has been playing football since 2009 when she was a little kid who had just left Bury years before. A player who has the experience, Abbie McManus has spoken very highly of the club in the past, saying “The facilities here are unreal. It’s exciting to be part of something that’s just for the women; to have all this for the sole use of a women’s team is something I’ve not seen before.” Everybody knows that McManus is good, but they are gonna need a lot from her to stand a chance against the champions.